9/11: A 20th Observance Retrospective — and Warning

Biden surrendered to the Taliban — China and Russia now know they have nothing to fear, and will test Biden’s resolve to defend Taiwan and Ukraine.

“How could a readiness for war in time of peace be safely prohibited, unless we could prohibit, in like manner, the preparations and establishments of every hostile nation?” —James Madison, Federalist Papers (1788)

Since September of 2001, The Patriot Post has maintained a tribute page to the 2,977 people who were murdered in the 9/11 Islamist attack on our nation. Additionally, we have written many detailed reports about al-Qa'ida and Islamic terrorism in the wake of that attack, including in-depth coverage of Operation Enduring Freedom, Operation Iraqi Freedom, and our measures to effectively maintain homeland security.

Most Americans who were 10 or older in 2001 remember exactly where they were on that horrible day.

After the first attack, and then watching the second attack happen live, I took measures that were prescribed protocols for such a situation based on my responsibilities as an executive branch appointee to FEMA (later DHS). Still, that morning at our house was a scramble because we didn’t know whether there were 10 or 20 more attacks coming before noon.

Our children were in elementary school at the time. Two weeks later, we took an annual weekend trip to the beach, as the George W. Bush administration planned our nation’s attack on al-Qa'ida strongholds in Afghanistan. As I look at photos of our kids from that trip, doing all the fun things they regularly did at the beach, they had not a worry in the world. The innocence in their faces in one group photo sticks with me yet today, given the gravity of the national security threats.

I did not lose any relatives or friends in the sequence of attacks that day, but one relative witnessed the New York attack, and I had friends at the World Trade Center and the Pentagon who survived.

There are many eyewitness stories like that of my young niece, who was in Manhattan at the time. She had just come up from the World Trade Center subway station. At 09:00 on that beautiful Tuesday morning, she was standing under the South Tower, late for a meeting in that building, and gazing up mystified by the damage to the North Tower from the impact of American Airlines Flight 11 at 08:46. How, she wondered, could a plane crash into the North Tower on a day with such clear skies? At 09:03, as she stood mesmerized by the surreal scene, a second plane, United Airlines Flight 175, crashed into the opposite side of the South Tower. A kind stranger pulled her out of the hail of flaming debris into a storefront. She recalls vividly what she saw, but she can’t recall any sounds.

The Islamists murdered 2,753 people in New York that day. 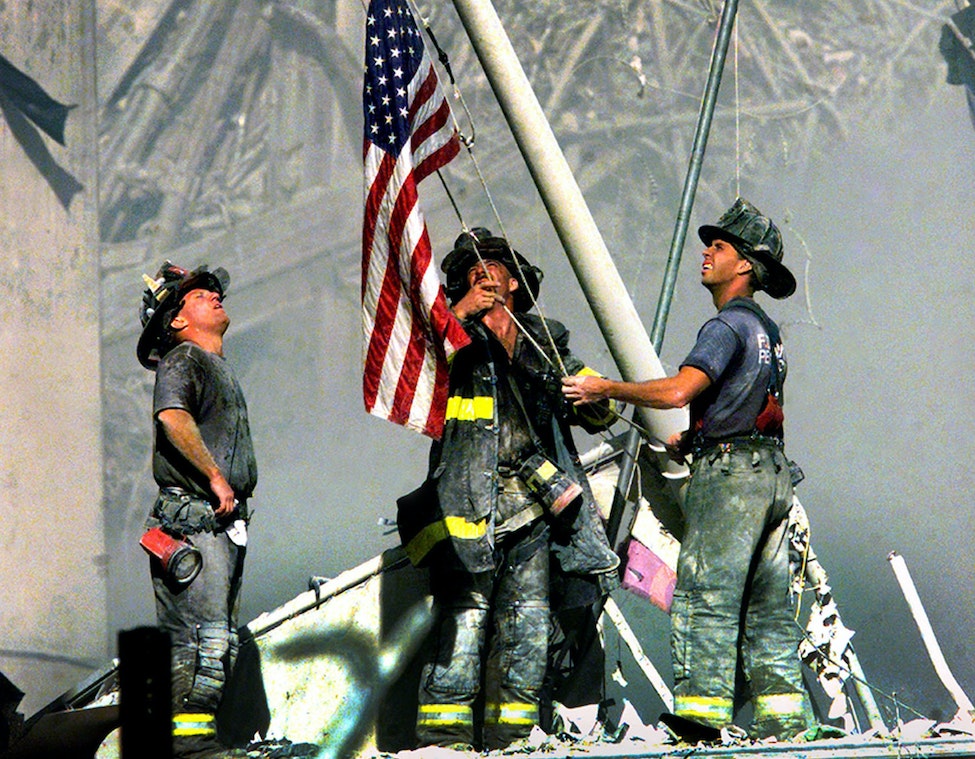 Then, at 09:37, they flew American Airlines Flight 77 into the Pentagon.

The Islamists murdered 184 people at the Pentagon.

And at 10:03, after a desperate battle between passengers and the hijackers, United Airlines Flight 93 crashed in Somerset County, Pennsylvania, near Shanksville.

The Islamists murdered 40 passengers and crew members in that rural Pennsylvania field.

Altogether, there were 2,977 people murdered that day – though disgracefully some reference pages still list 2,996 deaths, including the 19 Islamist hijackers as if they have the same standing as their victims.

I have paid due respect at the Pentagon memorial with colleagues, but I can’t bring myself to visit the WTC memorial or the Flight 93 memorial. The carnage at those locations is too visceral, even 20 years later. For much the same reason, I have not been able to visit Normandy.

George W. Bush was determined to “take the fight to the enemy” in order to keep the warfront on their turf rather than our turf — and he and successive presidents have done just that. Bush declared: “We are determined to fight this evil and fight until we are rid of it. We will not wait for more innocent deaths. … All nations, if they want to fight terror, must do something. It is time for action. Over time, it’s going to be important for nations to know they will be held accountable for inactivity. You’re either with us or you’re against us in the fight against terrorism.”

Bush framed his mission on the words of those courageous passengers aboard Flight 93: “My fellow Americans, let’s roll!” 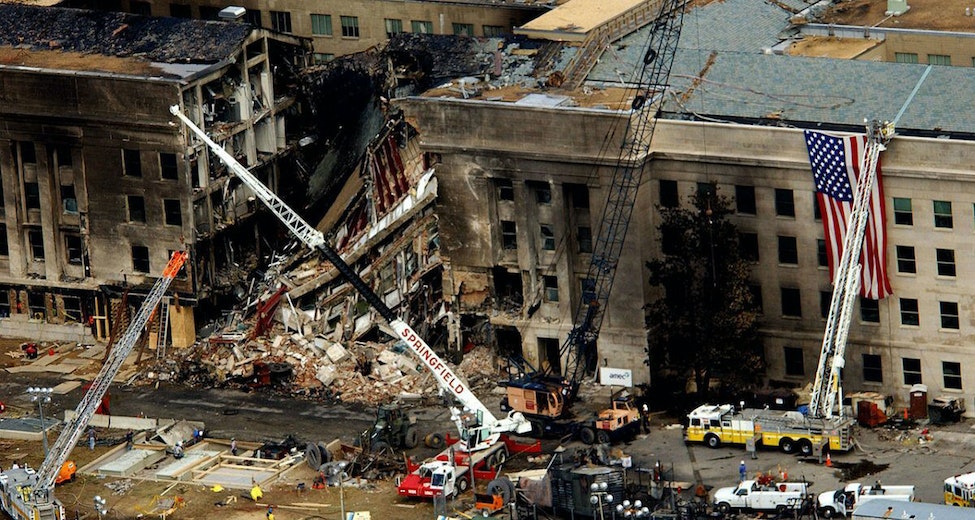 Looking back, it is now clear that Bush’s predecessor as president could have prevented this attack. Bill Clinton had numerous opportunities to kill Osama bin Laden between 1996 and 2000, but he failed to do so.

And now, as we approach the 20th observance of the 9/11 attack, an even more feckless Democrat, Joe Biden, has recklessly surrendered and retreated from Afghanistan — leaving the United States at risk of domestic attack on par with where we were before 9/11. He has done so on the graves of all those who were murdered on 9/11, and all those who have died or suffered severe injury since then in order to contain the terrorist threat in Afghanistan.

Over the last three weeks, I have chronicled in painful detail Biden’s colossally failed exfil from Afghanistan. 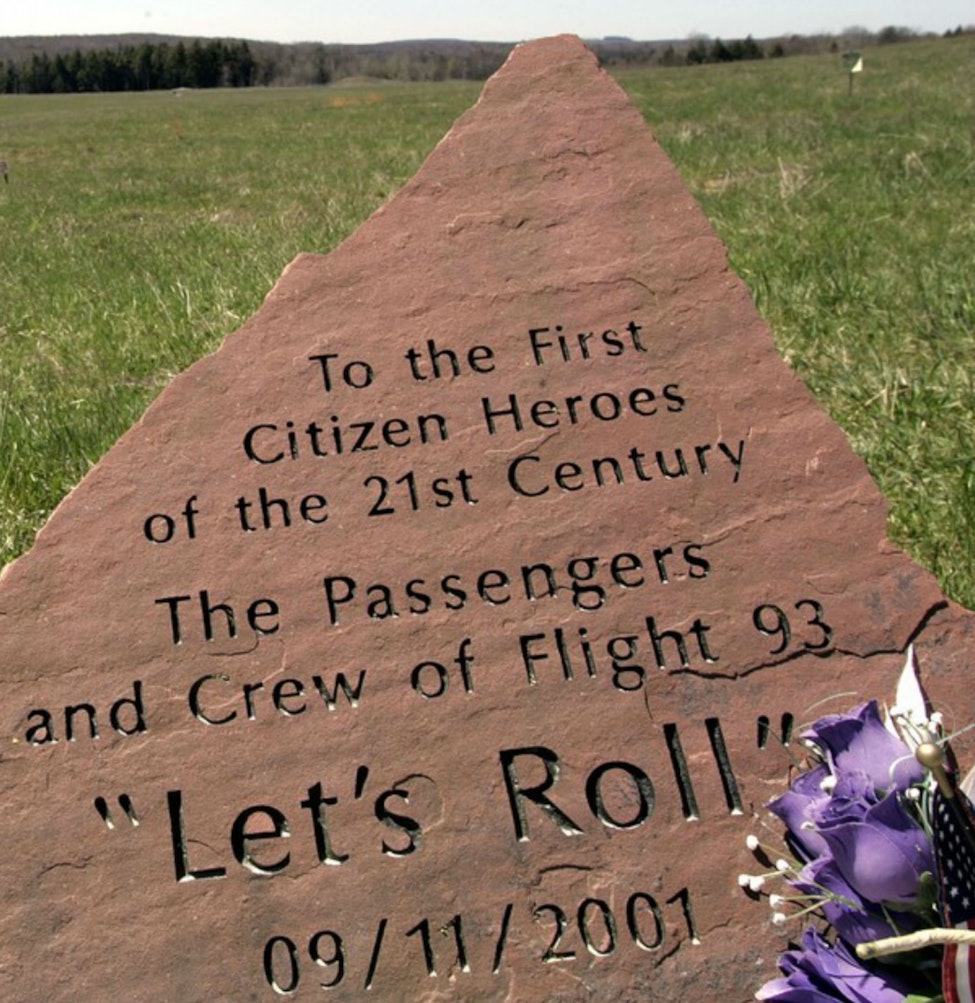 “Biden’s Blowup: Back to the Future of Islamic Terrorism” noting how on the eve of the 20th observance of the 9/11 attack, Biden has reseeded al-Qa'ida’s terrorist turf — and let the world’s tyrants know they have nothing to fear from him.

“A Message to Combat Vets From a Medal of Honor Marine” with comforting words from OEF Marine veteran Kyle Carpenter to his Patriot brothers and sisters who sacrificed so much in Afghanistan.

“Joe Biden IS the ‘Red Flag’” detailing the fact that the problem was not Biden’s exfil plan — it was, and remains, Biden the man. The Taliban did not fear him, and now none of our adversaries fear him.

“The Consequence of Biden’s Ineptitude: 13 Dead American Patriots” making clear that the blood of our military Patriots, and the coming bloodshed of thousands of Afghan men, women, and children being readied for slaughter by the Taliban, is on the hands of Biden, his Beltway cadre, and their supporters.

“Biden’s AFG Retreat Complete — The War Is NOT Over” noting that Biden may have declared an end of hostilities in Afghanistan, but he just launched a new era of hostilities toward America.

“Biden’s AFG Surrender and Retreat Was NOT Trump’s Plan” detailing how the Left’s blame-Trump spin for Biden’s Afghanistan fiasco is an outright lie.

And finally, “Is Biden’s Afghan Bribe for Deception Impeachable?” noting that the legal and political considerations are entirely different.

Let me emphasize that the objective of Biden’s compressed Afghanistan exfil schedule has been, for months, timed as a political “I got the troops out” victory lap ahead of the 20th observance of the 9/11 Islamist attack.

To be clear: There will be NO victory lap — except for the Taliban’s celebration in our abandoned Kabul embassy.

But there WILL be more Islamist attacks against the U.S., our people, and our installations abroad.

Further, anyone — ANYONE — who believes that the resurgence of the Taliban and their ISIS and al-Qa'ida thugs would have occurred under a second Donald Trump term is deeply delusional.

The blood of thousands of Afghan men, women, and children will be on the hands of Joe Biden, Kamala Harris, and every impenitent Biden/Harris voter.

As for the blood of our American military Patriots murdered in Kabul, former Trump adviser Michael McKenna says, “Next time you vote for a president, vote as if the lives of our soldiers depend on it.”

On 11 September, we will not have to lower our office and home flags. They are already at half-mast.

As a result of Biden’s abject malfeasance, his public approval has tanked. There is a lot of political punditry about whether the public outrage over Biden’s disgraceful Afghanistan surrender and retreat will subside as the MSM news cycle interest subsides. But here is what the pundits are missing: Next year, the 21st anniversary of the 9/11 attack — the one-year anniversary of Biden’s AFG disaster and all of its consequences — will be revisited in full just before the midterm elections.

Brace yourself, America — now that Biden has surrendered to the Taliban, China and Russia, knowing they have nothing to fear from this American president, are going to test his resolve to defend Taiwan and Ukraine … and it WILL get ugly. North Korea and Iran will also test his resolve to contain their nuclear ambitions. And in all cases, they fully expect Biden to tuck tail and retreat.