Part of our core mission? Exposing the Left's blatant hypocrisy. Help us continue the fight and support the 2022 Year-End Campaign now.

The Politicization of ‘Black History Month’

One courageous woman’s story is NOT just another MSM “African-American History Month” entry.

“There is not a man living who wishes more sincerely than I do, to see a plan adopted for the abolition of [slavery].” —George Washington (1786)

Black History Month was first officially recognized in our nation’s bicentennial year, 1976, by Republican president Gerald Ford. He encouraged Americans to “seize the opportunity to honor the too-often neglected accomplishments of Black Americans in every area of endeavor throughout our history.” Indeed, in that era, those accomplishments were largely unrecognized if not intentionally neglected.

Unfortunately, in the decades since, Black History Month has been coopted by the Democrat Party’s legions of race-bait hate-hustlers, mostly suburban “white privilege” Demos who have enabled the degradation of Martin Luther King’s “dream” into a living nightmare.

What started as a good and noble effort to recognize achievements, has been spun into hyphenated-American political fodder. It is now a prop for the Demos’ promotion of their “systemic racism” lie. Some leftist race-baiters have even asserted that because Black History Month is February, the shortest month of the year, that is evidence of “systemic racism.”

In his 1901 classic, Up From Slavery, Booker T. Washington, founder of the Tuskegee Institute, wrote: “I … resolved that I would permit no man, no matter what his color might be, to narrow and degrade my soul by making me hate him. The man is unwise who does not cultivate in every manly way the friendship and goodwill of his next-door neighbor, whether he be black or white. … Great men cultivate love. … Only little men cherish a spirit of hatred.”

But hatred and division are the constituent-building staples of the “little men” at the helm of the Democrat Party, thus making it the most enduring monument to racism in America — despite Joe Biden’s “white supremacy” diversion.

Fact is, the solution to racism is not more racism. But for Democrats, the systemic exploitation of race, and all of our differences, is essential for maintaining power and the status quo – divide and conquer! Thus, they can’t let it go.

As distinguished Stanford economist and author Thomas Sowell put it: “Racism is not dead. But it is on life-support, kept alive mainly by the people who use it for an excuse or to keep minority communities fearful or resentful enough to turn out as a voting bloc on election day. … Have we become a country whose leaders are charlatans, and whose people are sheep?”

Today, Black History Month is known in politically correct parlance as “African-American History Month,” hyphenated-Americanism, i.e., another of the Democrat Party’s divisive political devices. JFK’s former senior advisor and noted Harvard historian Arthur Schlesinger wrote in his 1991 book, The Disuniting of America, a benchmark classic on ethnocentric division, that the “cult of ethnicity” would result in “the fragmentation and tribalization of America.” He warned that multiculturalists are “very often ethnocentric separatists who see little in the Western heritage other than Western crimes.”

The result of America’s disuniting, as Schlesinger predicted, is now the Left’s sprawling identity politics ethnocentric cult, including the rise of “black privilege” by some who identify as “African-American.”

For the record, a person who identifies as a hyphenated-American but who was not actually born in the country (or continent) that precedes the hyphen, is guilty of cultural appropriation — falsely claiming the nationality of one group by a member of another group. For example, Elon Musk is actually an African-American.

Of course, there are a growing number of black Americans who reject such ethnic and cultural disunity, but do so at great peril to their careers.

Before cancel culture could be instantaneously activated, recall that back in 2006 there was a memorable exchange of ideas between actor Morgan Freeman and “60 Minutes” co-host Mike Wallace. When asked his opinion about Black History Month, Freeman responded, “Ludicrous. You going to relegate my history to a month?” He added: “I don’t want a Black History Month. Black history is American history.” (Of course, CBS has removed that video, but for the moment it can still be viewed here.)

Needless to say, in recent years, Freeman has taken a beating for daring to challenge the racial orthodoxy now associated with Black History Month.

That orthodoxy notwithstanding, as President Ford insisted in 1976, we should “seize the opportunity to honor the too-often neglected accomplishments of Black Americans.”

And that brings me to a courageous woman, Mary Walker, whose story is not just another MSM “African-American History Month” entry. 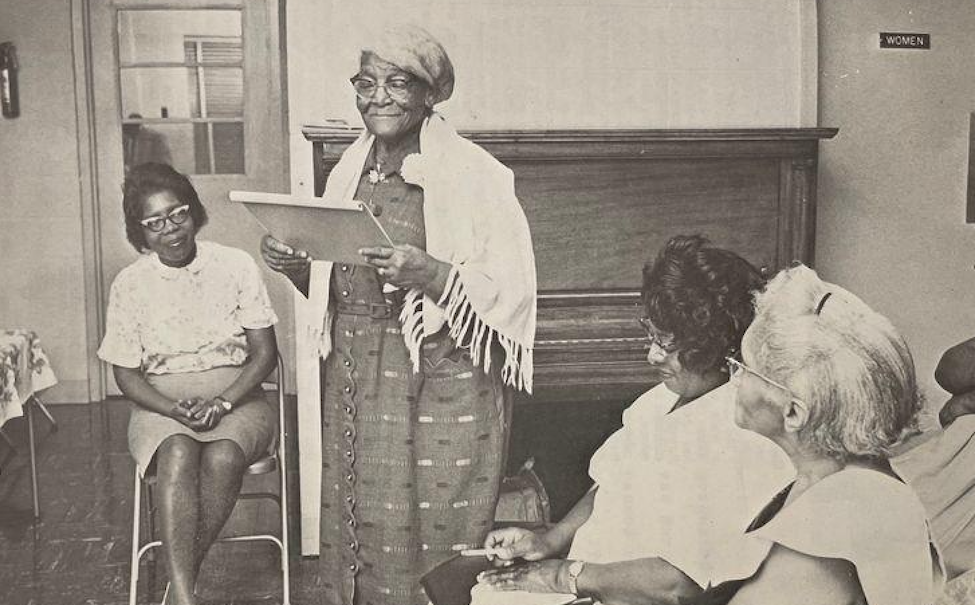 Chattanooga and neighboring Chickamauga — home of the nation’s first National Military Park — was the field of service for the only woman who holds a Medal of Honor, Dr. Mary Edwards Walker, whom I have written about and whose service we honor at the National Medal of Honor Heritage Center in Chattanooga.

But there is another “Mary Walker” with Chattanooga roots: Mary Hardway Walker, whose fascinating life story is also deserving of recognition. And the board of the Mary Walker Foundation, which includes my friends John Edwards and Lurone Jennings, is making sure, as part of its mission to promote academic and economic literacy, that this former slave’s story will not be forgotten.

Mrs. Walker was born circa 1848, and she had lived and seen enough for two lifetimes when she passed more than 120 years later in 1969. Consider the fact that she was already 15 when Abraham Lincoln signed the Emancipation Proclamation in 1863. Or that she was nearly a senior citizen when the first Ford Model Ts began rolling off the assembly line in Detroit. Or that she lived to see a black man, Thurgood Marshall, sit on the Supreme Court, and her fellow American, Neil Armstrong, stand on the moon.

She moved from Alabama to Chattanooga in 1917 and held various “domestic” jobs. She often cooked for the hungry in her neighborhood, and for those who could afford donations, she gave those funds to New Hope Baptist Church.

But she is most remembered for her determination and tenacity — as evident given the age she first learned to read.

At the age of 114, Mary enrolled in classes with the Chattanooga Area Literacy Movement, and along with 19 other students, she learned to read, write, and do basic math when she graduated at age 116. She was deservedly recognized by the U.S. Department of Health, Education, and Welfare as the nation’s oldest student, and honored by both Presidents Lyndon Johnson and Richard Nixon.

She was also presented with the key to her hometown and was designated Chattanooga’s Ambassador of Goodwill.

She had achieved her life goal of learning to read the Bible that was given to her in the 1860s by a woman who told her, “Your freedom is in these pages.”

You can watch a short history on Mary or read about her in Rita Lorraine Hubbard’s children’s book, The Nation’s Oldest Student.

“The latent causes of faction are thus sown in the nature of man.” —James Madison (1787)