Did you know? The Patriot Post is funded 100% by its readers. Help us stay front and center in the fight for Liberty and support the 2022 Independence Day Campaign.

“I did my job, and that’s all that really mattered. I didn’t do it to get a medal.”

“Our obligations to our country never cease but with our lives.” —John Adams (1808)

Yes, Quentin Tarantino intentionally misspelled “Inglourious Basterds,” the title of his 2009 fictional film about the recruitment of Jews for a U.S. Army commando platoon led by Lt. Aldo “The Apache” Raine, whose mission was to kill Nazis. Raine is a Smoky Mountain bootlegger — which is to say, a kindred spirit. He tells his recruits: “Once we’re in enemy territory, as a bushwhackin’ guerrilla army, we’re going to be doing one thing, and one thing only, killin’ Nazis! … They’re the foot soldiers of a Jew-hatin’, mass murderin’ maniac and they need to be destroyed.”

Among his recruits are Sgt. Donny “The Bear Jew” Donowitz, Cpl. Wilhelm Wicki, and a German defector, Sgt. Hugo Stiglitz — all of whom excel at killing Nazis. As Raine says to one of his Nazi prisoners before his demise, “We ain’t in the prisoner-takin’ business, we in the killin’ Nazi business, and cousin, business is a-boomin’!” Their adversary is SS Col. Hans Landa, who is tasked with tracking down Raine’s commandos. For his trouble, he ends up with Raine’s trademark inscription on his forehead — a carved swastika that forces him to bear that shame for life.

The film, which concludes with the assassination of Hitler and his propagandist, Joseph Goebbels, is replete with entertainingly vindictive violence. After all, you can’t go wrong killin’ Nazis!

However, you may not be familiar with the very compelling story of “The Real Inglorious Bastards” about two American soldiers who were naturalized European Jewish refugees. They were recruited by the CIA’s predecessor, the Office of Strategic Services, and parachuted into the Austrian Alps. They were assigned to Innsbruck, where, posing as docile Austrian citizens, they recruited other Austrian Jews to both collect intelligence and strike Nazi units.

“Operation Greenup” was the historic and deadly mission undertaken by Fred Mayer (1921-2016) and Hans Wijnberg, the account of which was immortalized in Patrick O'Donnell’s book, They Dared Return. (A copy of that book, inscribed by Fred Mayer himself, sits on a shelf over my right shoulder as I write this.)

As I noted last week in “Honoring the Service and Sacrifice of Those Who Have Earned It,” there are four days each year when I have both the pleasure and privilege of dedicating columns to such service: National Medal of Honor Day (March 25th), Armed Forces Day (third Saturday in May), Memorial Day (last Monday in May), and Veterans Day (November 11th).

I look forward to these days as a break from the rigors of political analysis, as they allow me to instead focus on the goodness of American Patriots who have served all of us with honor and dignity, many at mortal risk to their own lives.

Fred Mayer was such a man, as was his crew.

He and his family fled Germany for the United States in 1938, his father foreseeing what was ahead under the tyrannical regime of Adolf Hitler. After the attack on Pearl Harbor, Mayer, age 20, enlisted in the Army, where he excelled as a leader. In one training exercise, he crossed “enemy lines” and “captured” officers. When his commanding officer chastised him for breaking the rules of the war game, Mayer responded: “War is not fair. The rules of war are to win.”

He was trained in hand-to-hand combat, methods of infiltration, explosive demolition, and sniping. His mastery of the German language made him a prime candidate for OSS’s Operation Greenup. Mayer’s unit included four other European Jewish refugees: George Gerbner (Hungary), Alfred Rosenthal (Germany), Bernd Steinitz (Germany), and Hans Wijnberg (Netherlands). While Wijnberg escaped to the U.S., his father and mother and a younger brother were rounded up by the SS and sent to Auschwitz, where they were murdered.

Operation Greenup involved primarily Mayer, Wijnberg, and a former Austrian Wehrmacht officer, Franz Weber. In February of 1945, at the apex of the Third Reich’s “final solution,” they dared return. The three were dropped under cover of darkness into the only safe zone, the rugged mountains near Innsbruck in neighboring Austria. Their pilot, John Billings, volunteered for the drop mission, recalling, “If they are crazy enough to jump there, I will be crazy enough to take them there.” They eventually reached Weber’s family, who provided logistical assistance.

Brazenly, at one point Mayer posed as a German Army officer and while Wijnberg secretly served as his radio operator, communicated the intelligence Mayer had collected back to the OSS. They understood that the price for spying would have been execution — a threat that hung over their heads for the duration of the op.

After considerable success, Mayer was arrested and subject to torture, his captors attempting to extract the identity of his radioman, Wijnberg. Mayer used his wit and resolve to counter his interrogators. At one point, as it became clear Germany would fall, Mayer was entertained by Rudolph Rahn, the German ambassador to dictator Benito Mussolini’s Italy. When it became apparent that Rahn desired to negotiate his own surrender, he enlisted Rahn to get word to the OSS of his condition, which was recounted as, “Fred Mayer reports he is in Gestapo hands but cabled ‘Don’t worry about me, I’m really not bad off.’” This from a Jew in SS hands.

In an amazing turnabout, on May 3, 1945, as our Seventh Army, 103rd Infantry Division was poised to capture Innsbruck, Mayer found his way to the American lines and said he had negotiated the German surrender. Indeed, the entire Innsbruck contingent of Nazis surrendered to Mayer, a Jewish American sergeant. You can read a more complete account of Mayer’s actions at SOFREP.

After I first read the authentic accounts of Fred Mayer’s daring mission a decade ago, it is clear that his leadership, his refusal under torture to give up any of his fellow Jewish spies, and his mission’s success should make him a candidate for our nation’s highest military honor, the Medal of Honor.

In fact, he was first nominated for the Medal of Honor in September of 1945, but the War Department rejected the nomination, and a Distinguished Service Cross, instead awarding him the Legion of Merit.

Charles Pinck, president of the OSS Society, observed, “When OSS founder Gen. William Donovan said that OSS personnel ‘performed some of the bravest acts of the war,’ he must have had Fred Mayer in mind.” He noted further: “What he accomplished was just astonishing: He saved thousands of lives on both sides. … When the White House presented the Medal of Honor in 2014 to 24 veterans who did not receive it because of discrimination, Fred Mayer, a Jewish refugee from Germany, should have been included in this group.”

Of the rejection of his nomination, Mayer said: “I did my job, and that’s all that really mattered. I didn’t do it to get a medal, that’s for sure.” 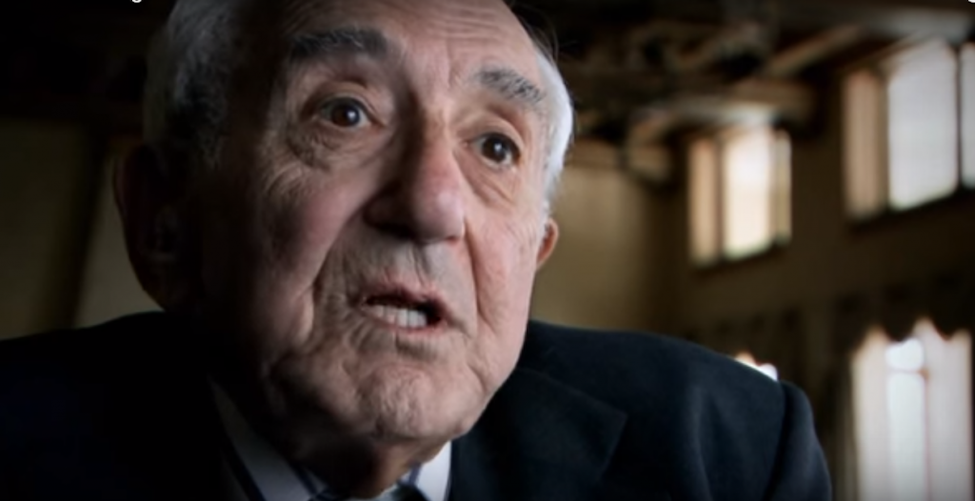 Mayer survived World War II. He lived out his years after the war in the small community of Charles Town, West Virginia, dying at age 94 in 2016. Sen. Joe Manchin (D-WV) said of Mayer upon his death: “He was a true American hero and an emblem of courage. When he was captured, he exemplified what it is to be a true American hero. Mr. Mayer refused to give up sensitive information and instead convinced his captors to arrange a meeting with senior Nazi leaders. The subsequent meeting led to the surrender of a key Austrian post. His valor is an example to all who serve.”

Manchin should take up this cause and ensure that a Medal of Honor is finally and fittingly approved for Mayer.

Caught in the Crossfire — Women After Abortion

The Long Hot Summer … of Blackouts?

Freedom Is a Fragile Gift