Top of the Fold

Of course, Facebook will probably just say this headline is “missing context.”

Scott Bixby is a White House reporter for The Daily Beast, and here’s something he tweeted yesterday morning: 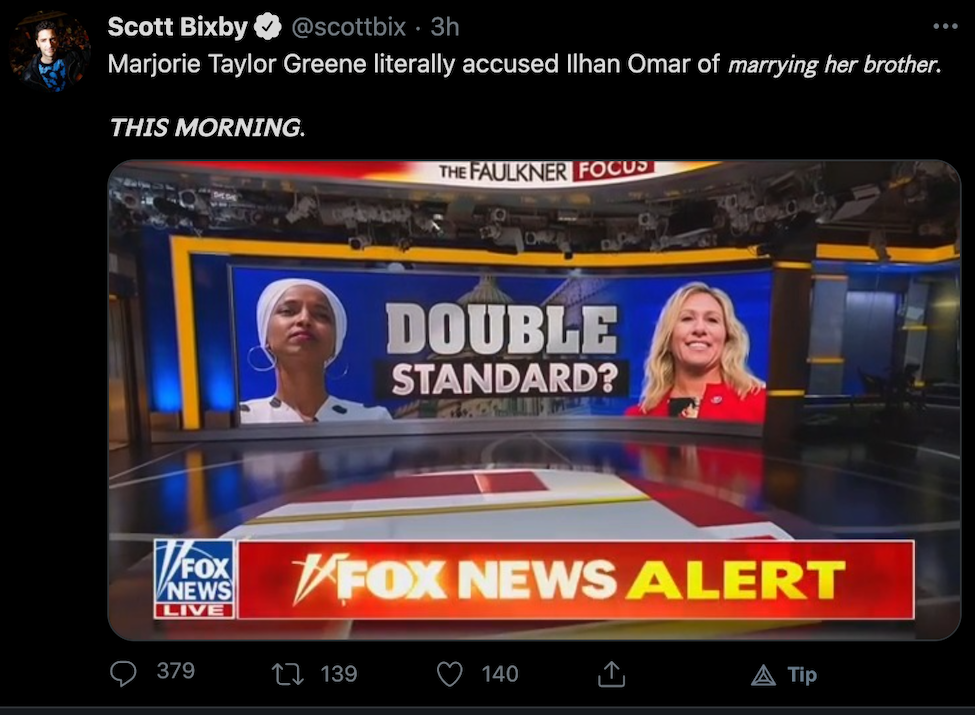 If you’re gonna dis on Marjorie Taylor Greene — and there are legitimately loony things to critique — you might want to use examples that are actually illustrative. As Senate GOP leader Mitch McConnell recently stated, “Somebody who’s suggested that perhaps no airplane hit the Pentagon on 9/11, that horrifying school shootings were pre-staged, and that the Clintons crashed JFK Jr.‘s airplane is not living in reality.” He’s right — Greene, who to her credit issued an apology last night, isn’t always living in reality. But neither, apparently, is Bixby, because the fact-check on the Omar allegation is true. And based on the tone of his tweet, his shock doesn’t seem feigned. It’s fair to assume this is quite literally the first he’s hearing of it. And now you know why Democrats get away with so much impropriety.

The Patriot Post is a certified ad-free news service, unlike third-party commercial news sites linked on this page, which may also require a paid subscription.