Patriots: For over 25 years, your generosity has made it possible to offer The Patriot Post without a subscription fee to military personnel, students, and those with limited means. Please support the 2022 Year-End Campaign today. 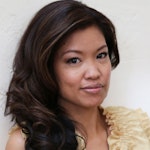 Michelle Malkin makes news, and makes waves, with a unique combination of investigative journalism and incisive commentary. She's not afraid to expose hypocritical environmentalists, needle pork-loving politicians or criticize the MTV generation's morally deprived icons. Most of all, she's not afraid to hold up the Immigration and Naturalization Service to the relentless scrutiny it deserves post-Sept. 11. Her ground-breaking research and reporting led to her first book, Invasion: How America Still Welcomes Terrorists, Criminals, and Other Foreign Menaces to Our Shores (Regnery 2002), in which she argues "immigration must be treated as a national-security issue." The book debuted on The New York Times nonfiction best-seller list at No. 14 (week of Nov. 17, 2002). Her second book, In Defense of Internment: The Case for 'Racial Profiling' in World War II and the War on Terror (Regnery 2004), offers a defense of the most reviled wartime policies in our history.

Malkin began her career in newspaper journalism with the Los Angeles Daily News, where she worked as an editorial writer and weekly columnist from 1992-94. In 1995, she was named Warren Brookes Fellow at the Competitive Enterprise Institute in Washington, D.C. In 1996, she joined the editorial board of the Seattle Times, where she penned editorials and weekly columns for three and a half years. Today, her syndicated column appears in over 100 papers nationwide.

Malkin's work has been cited in The New York Times, The Washington Post, USA Today, Reader's Digest and U.S. News and World Report. Her freelance work has appeared in The Wall Street Journal, Weekly Standard and Reason magazine. She has appeared on "The O'Reilly Factor," "Hannity and Colmes," "The McLaughlin Group" and "20/20," and is currently a Fox News commentator.

Her hard-hitting -- and news-breaking -- commentary has been honored by several national organizations. Among the journalism awards Malkin has received:

Malkin, the daughter of Filipino immigrants, was born in Philadelphia and raised in southern New Jersey. She worked as a press inserter, tax preparation aide and network news librarian; she is also a lapsed classical pianist. Malkin's hobbies include crocheting and pier fishing with her dad.

A graduate of Oberlin College in Oberlin, Ohio, Malkin currently lives with her husband and daughter in Maryland.

“The mild voice of reason, pleading the cause of an enlarged and permanent interest, is but too often drowned, before public bodies as well as individuals, by the clamors of an impatient avidity for immediate and immoderate gain.” —James Madison (1788)