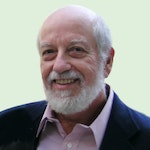 Burt Prelutsky, a very nice person once you get to know him, was born in Chicago, in 1940, and raised in Los Angeles.

He has been a humor columnist for the L.A. Times and a movie critic for Los Angeles magazine. As a freelancer, he has written for the New York Times, TV Guide, Modern Maturity, Emmy, Holiday, American Film, and Sports Illustrated.

Talk about being well-rounded, he plays tennis and poker ... and rarely cheats at either.

He is the best-selling author of "Conservatives Are From Mars, Liberals Are From San Francisco," as well as "Portraits of Success: Candid Conversations with 60 Over-Achievers," a collection of interviews with subjects such as Newt Gingrich, Carl Reiner, Gary Sinise, Michele Bachmann, Charles Krauthammer, Andrew Breitbart, Paul Ryan, Rick Perry, Pat Boone, John Stossel, Ralph Peters and the late Karl Malden. His book "Liberals: America's Termites or It's a Shame That Liberals, Unlike Hamsters, Never Eat Their Young" is available at The Patriot Shop.

He lives in the San Fernando Valley, where he takes his marching orders from a wife named Yvonne and a dog named Duke.