One of the most significant things you can do to promote Liberty is to support our efforts. Please make your gift to the 2021 Patriots' Day Campaign today. Thank you! —Mark Alexander, Publisher 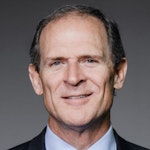 He is the author of Americas's God and Country, Backfired, Change to Chains, Endangered Speeches, History of the Income Tax, Islamic Conquests — Past and Present, and other notable works.