"Honor, justice, and humanity, forbid us tamely to surrender that freedom which we received from our gallant ancestors, and which our innocent posterity have a right to receive from us. We cannot endure the infamy and guilt of resigning succeeding generations to that wretchedness which inevitably awaits them if we basely entail hereditary bondage on them." --Thomas Jefferson (1775) 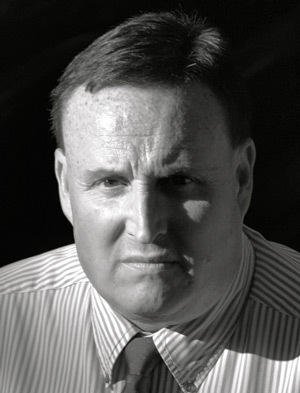 Mark Alexander is Publisher of The Patriot Post, the highly-acclaimed Journal of American Liberty, and the first news, policy and opinion digest on the Web. His academic background in government and policy combined with his occupational experience ensure his perspective as an essayist and analyst reflects the grassroots conservatism of the heartland as opposed to ubiquitous Beltway news and opinion.

His heritage is Scots-Irish, though he rejects the disuniting effect of "hyphenated-American" identities. His is among the "First Families of Tennessee," having settled in East Tennessee prior to statehood in 1796. He is the product of a proud military legacy, including veterans of the Revolutionary War -- his militia ancestors fought at King's Mountain and on to the War's conclusion at Yorktown. He is a member of the Sons of the American Revolution. His family line includes those who fought in the War of 1812 and the War Between the States -- both sides, including Medal of Honor recipient George Lewis Gillespie. He is a descendant of WWI and WWII Navy aviators. His father was a Corsair pilot and his uncles were also WWII vets, one Army and one Marine.

Alexander attributes the character-rich content of his columns to the "Greatest Generation" values modeled by his parents -- the timeless foundational attributes of faith, duty, honor, courage, citizenship, service and compassion.

Typical of many in his generation, Alexander learned the merits of hard work and civic responsibility early. His elementary school afternoons were spent sorting and delivering groceries for a local produce store, and his summers mowing lawns. At age 13, he became his community's youngest volunteer firefighter, and completed EMT training at 16. He first learned about publishing in middle school and high school, as a print-shop apprentice for a manufacturing plant and through mentoring by the publisher of a historic news paper. At age 19, he completed certification from a state police academy and worked four years as a uniformed patrolman while completing his undergraduate degree.

Placing a high premium on his family's military heritage, Alexander volunteered for military service in 1979 during the Iran hostage crisis, but his aspiration to become a Naval or Marine aviator was cut short due to a disqualifying injury.

He went on to earn graduate degrees in both psychology and public affairs, and is the recipient of certifications from both military and civilian professional advancement programs. He is a graduate of multiple national defense programs and national security forums.

Alexander received an executive level appointment to a national security post under President Ronald Reagan, and was reappointed to that post under successive presidents. He resigned that appointment after the re-election of Barack Obama.

From 1987 to the present, he has consulted with presidential and congressional campaigns on topics ranging from critical national security interests to domestic policy issues regarding the First Amendment, the Second Amendment and the Tenth Amendment of our Constitution. His area of interest is primarily the implications of government policies on the future of American Liberty.

In 1996, Alexander merged his interests in history, policy and national security, and launched The Federalist, inspired by The Federalist Papers, published in 1787 by James Madison, Alexander Hamilton and John Jay to provided a detailed explanation of the meaning of the then-proposed Constitution in support for its ratification.

Notably, Madison, Hamilton and Jay chose to publish pseudonymously under the name "Publius," because it was the timeless message of Liberty which they were promoting — not themselves. Likewise, you will note that every edition of The Patriot Post and the content on our website, is authored collectively over the name "Publius," also the name of our publishing company, Publius Press. Likewise, many of our authors, including Alexander, have published from day one, as our Founders did out of humility, by pseudonym. (Read more about The Patriot Post.)

Alexander maintains certifications and memberships in professional military, academic, law enforcement and business associations. He serves the boards of local, state and national organizations. He and his family reside in the mountains of the Great State of Tennessee.