The Path from Freedom to Bondage

“Honor, justice, and humanity, forbid us tamely to surrender that freedom which we received from our gallant ancestors, and which our innocent posterity have a right to receive from us. We cannot endure the infamy and guilt of resigning succeeding generations to that wretchedness which inevitably awaits them if we basely entail hereditary bondage on them.” –Thomas Jefferson 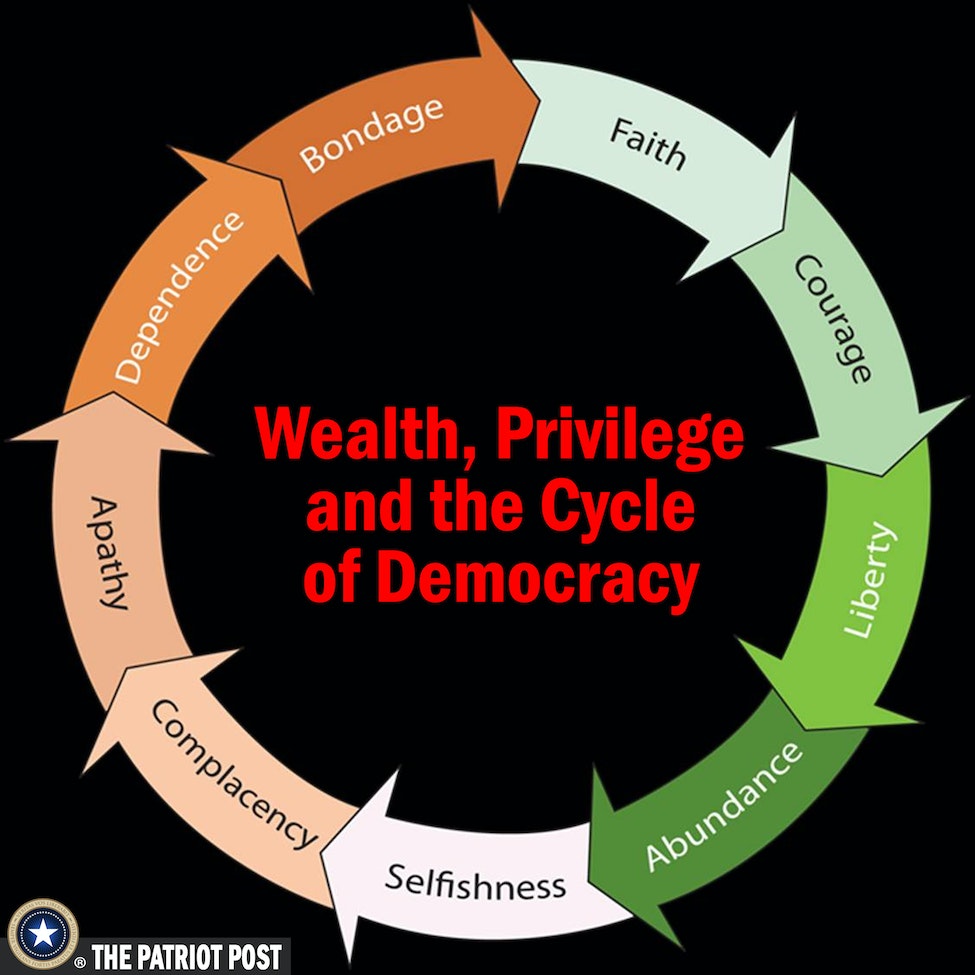 December 15th marks the anniversary of the 1791 ratification of the Bill of Rights, the common name for the first 10 amendments to our Constitution. The purpose of the Bill was, and remains, to assert the enumeration of limitations on the national government in order to protect our natural rights to Liberty and property as “endowed by our Creator.”

There was much debate among our Founders about the need to enumerate rights that are inherently endowed, especially as amendments rather than in the corpus of our Constitution. Alexander Hamilton argued this point in Federalist No. 84: “I … affirm that bills of rights … are not only unnecessary in the proposed Constitution, but would even be dangerous. … For why declare that things shall not be done which there is no power to do?”

But a majority of our Founders, led by James Madison and George Mason, prevailed, and the state legislatures concurred with the addition of enumerated limitations on the central government, as outlined by the Bill of Rights Preamble: “The Conventions of a number of the States having at the time of their adopting the Constitution, expressed a desire, in order to prevent misconstruction or abuse of its powers, that further declaratory and restrictive clauses should be added…”

Thus, it is a fitting day to pause and take account of the principles of Essential Liberty embodied in our Constitution, the sustenance for which generations of Patriots have expended much treasure, blood and life.

As a vigilant student of American history, I can’t state too emphatically that we are at a tipping point between Liberty and tyranny. I also argue that this juncture is like no other since the Tenth Amendment challenge that was waged and lost in the War Between the States.

For those who choose to read such words as hyperbole, Samuel Adams said it best: “If ye love wealth better than liberty, the tranquility of servitude better than the animating contest of freedom, go home from us in peace. We ask not your counsels or arms. Crouch down and lick the hands, which feed you. May your chains set lightly upon you, and may posterity forget that ye were our countrymen.”

But it is the inherent nature of genuine Patriots to stand ever ready to defend Liberty, convicted that, in the words of George Washington, “Our cause is noble; it is the cause of mankind.”

It is in that spirit that I offer this observation about this precarious position we now inhabit between freedom and bondage.

Do you believe our nation is at a critical juncture? Post your opinion.

To fully understand the state of our Republic, one must consider it in the context of history to avoid repetition. As 20th-century philosopher George Santayana concluded in his treatise, “The Life of Reason”: “Progress, far from consisting in change, depends on retentiveness. When experience is not retained, as among savages, infancy is perpetual. Those who cannot remember the past are condemned to repeat it.”

In 1764, as historian Edward Gibbon “sat musing amidst the ruins” of Rome, he was inspired to write about the failure of republics. The original text of his seminal work, “The History of the Decline and Fall of the Roman Empire,” was published in 1776, as our Patriot ancestors were declaring our natural right to Liberty. Gibbon outlined in detail how opulence and entitlement led to the incremental loss of civic virtue.

The 18th/19th century Scotsman Alexander Fraser Tytler, a lawyer and professor of history, summarized this link as follows: “[Patriotism], like all other affections and passions, it operates with the greatest force where it meets with the greatest difficulties … but in a state of ease and safety, as if wanting its appropriate nourishment, it languishes and decays. … It is a law of nature to which no experience has ever furnished an exception, that the rising grandeur and opulence of a nation must be balanced by the decline of its heroic virtues.”

Tytler’s assertion about the relationship between opulence and decadence reflected his astute understanding of human nature.

This contiguous rise and decline has been characterized as the “Fatal Cycle of Democracy” (often misattributed to Tytler as its source). The cycle follows this sequence: From bondage to spiritual faith; From spiritual faith to great courage; From courage to Liberty (Rule of Law); From Liberty to abundance; From abundance to complacency; From complacency to apathy; From apathy to dependence; From dependence back into bondage (rule of men).

So, at what stage of this rise and decline do we now find ourselves? In his recent book, “After America,” Mark Steyn gives us a clue.

With their average 8th grade education, the Greatest Generation built the strongest and most innovative economy in history. However, “In the space of one generation,” writes Steyn, “a nation of savers became the world’s largest debtors, and a nation of makers and doers became a cheap service economy.” Indeed, our country now hosts the most over-educated and under-productive generation in history, and has institutionalized a social subculture demanding government subsidies to compensate for their lack of initiative.

“Big government makes small citizens,” Steyn concludes. “A great power can survive a lot of things, but not a mediocrity of spirit. A wealthy nation living on the accumulated cultural capital of a glorious past can dodge its rendezvous with fate, but only for so long.”

It is my observation that since WWII, we have transitioned from abundance to complacency, from complacency to apathy and from apathy to dependence.

At what stage of the cycle of democracy is our nation, and why? Post your opinion.

The rise of populist Socialism spawned by Barack Hussein Obama and his Leftist cadres, has resulted in a surge of dependence upon the state.

The manifestation of this dependence spilled onto the streets this year in the form of the “Occupy Movement.”

In fact, Time Magazine, that erstwhile advocate of statism, just named its 2011 Person of the Year, “The Protester.” Its cover story category, “Prelude to the Revolutions,” lists in order of significance, first Tunisians protesting dictatorial tyranny, second Egyptians protesting dictatorial tyranny, and third, “Occupy Wall Street and its millions of supporters.” (To be fair, a few paragraphs later Time did richly understate, “The stakes are very different in different places. In North America and most of Europe, there are no dictators, and dissidents don’t get tortured.”)

As for the gap between dependence and bondage, philosopher and author of “Atlas Shrugged,” Ayn Rand, wrote, “The difference between a welfare state and a totalitarian state is a matter of time.”

The most pressing question now is this: Are we irrevocably locked into the Cycle of Democracy where totalitarian rule of men is inevitable, or is there still time to restore republican Rule of Law?

The answer, I believe, is no and yes, respectively. But time is short.

The prospect for restoring Liberty as enshrined in our Constitution continues to improve as the number of Americans joining the debate over the proper role of government authorized by our Constitution grows strong. There is a resurgence of Patriotism underway, and together we can sustain the sunrise on Liberty.

We can and must circumvent the Cycle of Democracy to avoid the terminus of Democratic Socialism which is bondage. Together, we can maintain the momentum of our mission and charge. Thank you Patriots for locking and loading on the frontlines of Liberty.

Biden Suggests Midterms Will Be Illegitimate

Biden Bids to Bilk Back Bit by Bit