Farewell to the Most Unlikely of Heroes

Last week marked the passing of yet another friend, neighbor and Patriot from the Greatest Generation.

Desmond T. Doss was reared in a religious tradition that forbade him from taking up arms. When WWII began, he declined a religious exemption that would have allowed him to continue working in a Virginia shipyard and became an Army medic. He was classified as a “conscientious objector,” though he preferred the term “conscientious cooperator” because he never refused to serve his country. 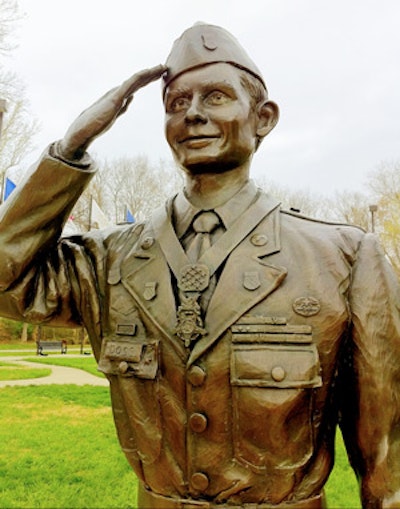 “I felt like it was an honor to serve God and country,” said Desmond, and indeed he did. “I didn’t want to be known as a draft dodger, but I sure didn’t know what I was getting into.” He never picked up a rifle, though he found himself in the heat of combat in places like Leyte and Guam after being sent to the Pacific. But it was his actions in May of 1945, near Urasoe on Okinawa, that really distinguish this small, lean and singular man.

It was there, as a medic with the 77th Infantry Division, that he witnessed his fellow soldiers being decimated above a 400-foot escarpment while attempting to eradicate a Japanese stronghold replete with deeply entrenched enemies in a network of caves. Without concern for his own safety, Desmond, alone and without aid, crawled through enemy fire through the night to more than 75 casualties, carrying each one of them back to the escarpment edge and lowering them by rope to safety. In the day that followed, when joined again by his unit, he was wounded by grenade shrapnel but refused care, telling another medic to tend to others. Shortly thereafter, he took an enemy round in his arm, suffering a compound fracture, and again, refusing care and advising medics to take others instead.

“With magnificent fortitude he bound a rifle stock to his shattered arm as a splint and then crawled 300 yards over rough terrain to the aid station.” That is how his Medal of Honor citation reads. “Through his outstanding bravery and unflinching determination in the face of desperately dangerous conditions Pfc. Doss saved the lives of many soldiers. His name became a symbol throughout the 77th Infantry Division for outstanding gallantry far above and beyond the call of duty.”

“I wasn’t trying to be a hero,” said Desmond. “I was thinking about it from this standpoint – in a house on fire and a mother has a child in that house, what prompts her to go in and get that child? Love. I loved my men, and they loved me. I don’t consider myself a hero. I just couldn’t give them up, just like a mother couldn’t give up the child.” He added, “I just kept praying, ‘Lord, let me get just one more man.’” Indeed, he did.

In an interview last year, his captain talked about how he despised this young man who would not fight. Then, in tears, he recalled how he was one of the wounded whom Desmond hauled to safety, noting that he owes his life to Doss.

Shortly after returning stateside, Desmond was stricken with tuberculosis and spent years in rehab after the removal of one lung. The drugs used to fight tuberculosis would later render him deaf. Neither of those ailments stopped him from raising a family, though – or working a small farm, or serving as an inspiration to all those fortunate enough to know him, myself among them.

The Patriot’s editors and staff extend our gratitude for his life, and our prayers for his wife, Frances, and his children, grandchildren and great-grandchildren.

(Update: Though for years, Desmond refused to allow film producers to tell his story on the big screen, in 2016 Mel Gibson released an extraordinary movie about Desmond’s character and courage on Okinawa, Hacksaw Ridge. Having seen previews of this film, I recommend it highly and it should be the most award winning film of the year!)