“I am well aware of the toil and blood and treasure that it will cost to maintain this Declaration, and support and defend these States. Yet through all the gloom I can see the rays of ravishing light and glory. I can see that the end is worth more than all the means….” –John Adams

Dartmouth College enjoys a reputation as being among our nation’s better academic institutions. This iconic Ivy League school in Hanover, New Hampshire, was established in 1769 and is one of nine Colonial Colleges founded prior to the American Revolution.

Dartmouth was named in honor of William Legge, the Second Earl of Dartmouth and, like Harvard, Princeton and Yale, was established with a Christian mission. Legge was a primary benefactor of the ministry of Dartmouth’s founder, Reverend Eleazar Wheelock, who established the institution “for the education and instruction of Youth of the Indian Tribes in this Land … and also of English Youth and any others.”

Dartmouth has produced many notable graduates over the years, including 164 members of the U.S. House and Senate, and a long list of cabinet secretaries and jurists.

But among the most distinguished of Dartmouth’s graduates would be those of the Class of 1944. Although they will observe their 65th reunion this year, the Class of ‘44 never walked for a commencement. Neither did the Class of '43 before them, or '45 after them.

In 1940, there were 699 freshmen enrolled for Dartmouth’s Class of '44, but in the years prior to their scheduled commencement, the entire class departed – most to serve in WW II or in some capacity with the war-related industrial surge. By 1944, the Navy had requisitioned most of Dartmouth’s teaching space for training its own personnel.

I have a particular reverence for the members of Dartmouth’s Class of '44 because my father is one of them.

Dad joined the U.S. Navy in 1942. He was called to active duty in '43 and spent two years training to become a Naval Aviator. His two brothers also joined the armed services – one left Princeton to become an Army officer and their younger brother joined the Marines.

My grandfather was among the first Naval Aviators, and he offered my Dad this essential advice when on final approach for a carrier trap: “If you have to sneeze, do it with your eyes open.”

My father says that while most fighter pilots were certain they were bullet proof (that has not changed), he realized early on how dangerous and sometimes unforgiving the war birds they flew could be. 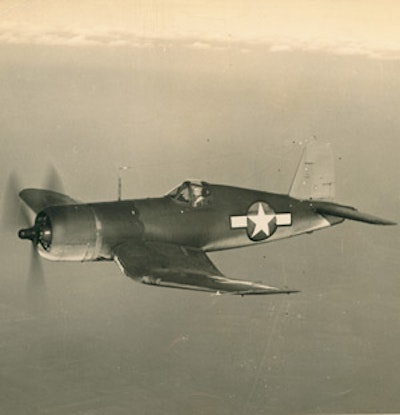 While leading a flight of six Wildcats out for their first carrier trials, the pilot ahead of him in the landing order experienced some difficulty, veered sharply to the left and crashed into the water. Dad took an automatic wave-off and said that the time it took him to come around for another approach was sobering.

Dad received his Wings of Gold and his ensign commission in early '45 and shortly thereafter transitioned to the F4U Corsair (a difficult plane to fly but one which had given the Navy an 11:1 kill ratio over the Pacific). He and his fellow aviators prepared for their Pacific Fleet assignment in advance of “Operation Downfall,” the anticipated Allied invasion of Japan, which U.S. war planners feared might cost as many as a half-million casualties.

Dad knew that odds were he would be one of them.

Thankfully, two months before the planned invasion, a top-secret weapon was deployed over Hiroshima and Nagasaki. While the atomic bombs dropped on Japan killed more than 200,000 enemy combatants and civilians, it is estimated that as many as 750,000 casualties, both Allied and Japanese, were avoided by using those weapons.

I did not fully understand how strongly my father felt about those bombings until their 50th anniversary, when the Smithsonian Institution prepared a major exhibit to commemorate the events. There was a movement afoot to water down the exhibit so as to not offend Japanese visitors. My father was infuriated by the thought of a politically correct whitewash. I share his contempt for historical revisionism, but inquired about his reaction just the same, and he responded, “Because if not for those bombs, I would likely not be here; thus neither would you.”

We owe a great debt of gratitude to the Class of '44 and all of the Greatest Generation. But I also owe my existence to naval aviation.

After the Japanese surrendered, my Dad was stateside and took leave to visit his sister at a nearby college. Actually he was AWOL, having asked one of his fighter squadron wingmen to complete his PT and flights. That same wingmen suggested my Dad look up his own sister who was attending the same college. My Dad did just that, and after seeing each other four times, and writing a trunk load of letters back and forth, they married. Ten years later, she delivered me into the world.

Though God called my Mom to His side in 1989, my Dad, now 86, continues to live every day with an irrevocable spirit of optimism and has been blessed with a second wife who honors the first through her love and devotion to my father and our family. His eyes still well with tears at the mention of my mother.

Two weeks ago, Dad was, again, staring at his own fate, the result of a serious infection. But as I sat with him in those touch-and-go days, I watched him cling tenaciously to that optimism, which has characterized his entire life. He did not waver once, and showed no fear. I know he is grateful for the life he has lived, and the one waiting on him, and he was content to have his fate in God’s hands.

Selfishly, I am very thankful that, by the Grace of God in answer to the prayers of many, he pulled through and is recovering well. Selfish I say, because I want as many more days with this American Patriot as our Creator will allow.

Dad is a tough old guy, and I have no doubt that he’ll be in attendance at his Class of '44 reunion this summer. Of his original 699 classmates, most went on to complete their degrees after the war. Amazingly, some 226 are still with us today, and many of them will be at that reunion.

Notably, however, some never had a chance to complete their degrees after WWII.

There are many others from the Class of '44 about whose sacrifice I do not know. Theirs was the greatest of generations, not only because of their enormous sacrifice during WWII, but because those who survived came home and, in the wake of that catastrophic event, set about building the mightiest powerhouse of economic and political liberty in the history of the world – much of which has been squandered by recent generations. 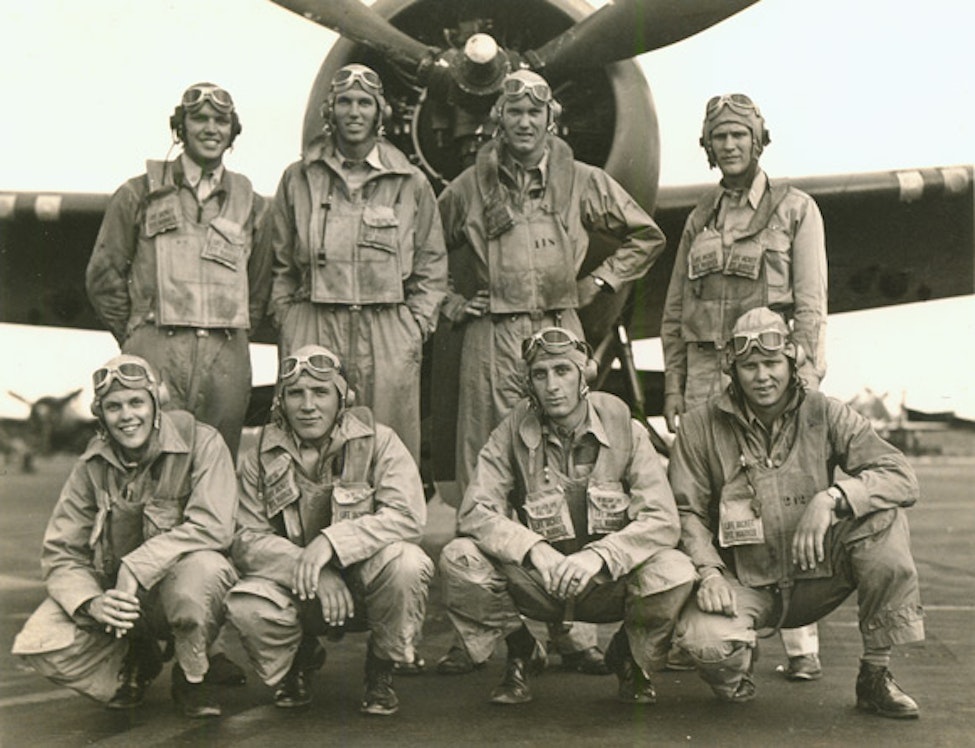 In 2009, Dartmouth had 4,300 undergraduate students enrolled in liberal arts curricula and 1,200 students in graduate programs. The College will hold its 235th commencement in June and will award approximately 1,000 undergraduate and 500 advanced degrees. However, Dartmouth has become an increasingly hostile environment for students who wish to pursue military service.

It is my fervent prayer that every generation of Dartmouth graduates and their faculty, and all of our countrymen, will renew their gratitude for the generations of American Patriots who have bequeathed to us a legacy of liberty defended with great “toil and blood and treasure.”

Please join our PatriotPost.US editors and staff, and millions of Patriots across our great nation, by dedicating some time this Memorial Day for reverence and prayer. Flags should be flown at half-staff until noon, your local time.