“You’ve Got to Come and Get Me” 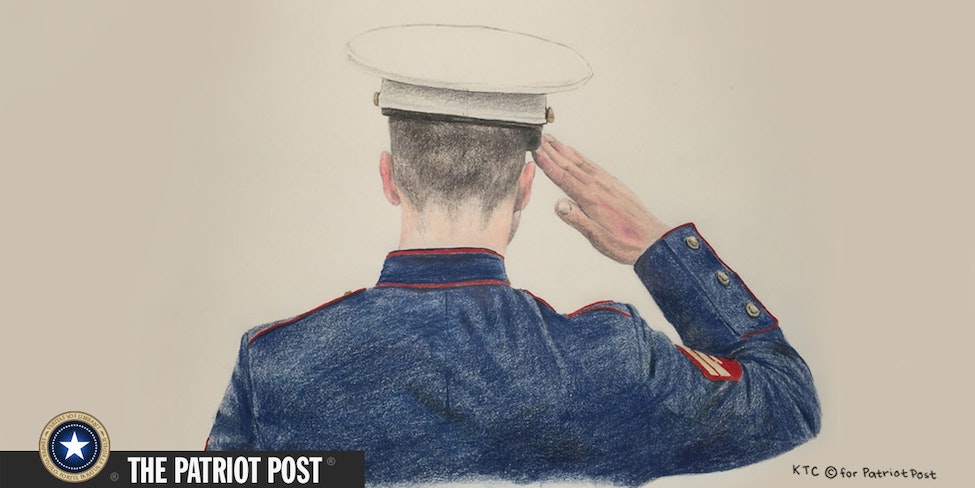 Occasionally, my publishing schedule coincides with a great day in American history, affording me the opportunity to turn my attention to our nation’s great heritage and away from the day-to-day analysis of political and social issues. Such is the case today.

Eisenhower wrote, “[L]et us solemnly remember the sacrifices of all those who fought so valiantly, on the seas, in the air, and on foreign shores, to preserve our heritage of freedom, and let us re-consecrate ourselves to the task of promoting an enduring peace so that their efforts shall not have been in vain.”

Two weeks ago, I wrote about the life and death of the most influential World War II veteran in my life, my father. Now I have the honor of writing about one of his lifelong friends, fellow Chattanooga native Charles H. Coolidge, who was also a Medal of Honor recipient. My father’s last outing to honor fellow veterans was in July and with Mr. Coolidge.

On Oct. 27, 1944, after having refused to surrender his position on Hill 623 several days early and having killed more than 30 Germans defending it, Mr. Coolidge, then a 23-year-old technical sergeant, found himself staring down the barrels of not one, but two German tanks, 25 meters from his position.

Over the previous three days, Tech. Sgt. Coolidge and his band of machine gunners and riflemen had held their vital position on the French-German border by repeatedly repelling enemy efforts to advance on them, killing more than 30 Germans in the process.

On the fourth day, the Germans called in the big guns, and two tanks approached the trench held by the Americans, pausing just feet away from Coolidge’s position. Once there, in what Coolidge recalls was perfect English, a voice demanded that he and his men surrender. 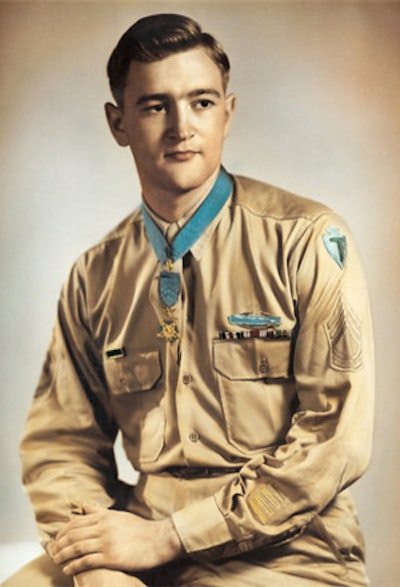 Tech. Sgt. Coolidge, in his Southern mountain drawl, yelled back, “I’m sorry, Mac, you’ve got to come and get me.”

Not waiting for the tanks to roll over his position, Coolidge advanced toward them with a bazooka, but it misfired. Dodging five near-point-blank 85mm rounds, he then started lobbing grenades on the tanks and nearby German infantry positions. In his words, “I tried to fire the bazooka and it wouldn’t work. I grabbed a case of hand grenades and started tossing them. I killed a lot of German infantry but the tanks were too much.”

Coolidge and his small band of Americans killed 26 Germans and wounded 60 others before the Americans were forced to retreat.

“Leading a section of heavy machineguns supported by 1 platoon of Company K, he took a position near Hill 623, east of Belmont sur Buttant, France, on 24 October 1944, with the mission of covering the right flank of the 3d Battalion and supporting its action. T/Sgt. Coolidge went forward with a sergeant of Company K to reconnoiter positions for coordinating the fires of the light and heavy machineguns. They ran into an enemy force in the woods estimated to be an infantry company. T/Sgt. Coolidge, attempting to bluff the Germans by a show of assurance and boldness called upon them to surrender, whereupon the enemy opened fire. With his carbine, T/Sgt. Coolidge wounded 2 of them. There being no officer present with the force, T/Sgt. Coolidge at once assumed command. Many of the men were replacements recently arrived; this was their first experience under fire. T/Sgt. Coolidge, unmindful of the enemy fire delivered at close range, walked along the position, calming and encouraging his men and directing their fire. The attack was thrown back. Through 25 and 26 October the enemy launched repeated attacks against the position of this combat group but each was repulsed due to T/Sgt. Coolidge’s able leadership. On 27 October, German infantry, supported by 2 tanks, made a determined attack on the position. The area was swept by enemy small arms, machinegun, and tank fire. T/Sgt. Coolidge armed himself with a bazooka and advanced to within 25 yards of the tanks. His bazooka failed to function and he threw it aside. Securing all the hand grenades he could carry, he crawled forward and inflicted heavy casualties on the advancing enemy. Finally it became apparent that the enemy, in greatly superior force, supported by tanks, would overrun the position. T/Sgt. Coolidge, displaying great coolness and courage, directed and conducted an orderly withdrawal, being himself the last to leave the position. As a result of T/Sgt. Coolidge’s heroic and superior leadership, the mission of this combat group was accomplished throughout 4 days of continuous fighting against numerically superior enemy troops in rain and cold and amid dense woods.”

(Watch him recount that confrontation in his own words here.)

As with every Medal of Honor recipient I have met, Mr. Coolidge is a humble Patriot who insists his award was earned by the actions of all his men. “My first concern when I was a platoon sergeant was my men,” he said. “I didn’t care what happened to me but I wanted to protect my men, under any circumstances.”

In Chattanooga, where the first Medals of Honor were awarded for heroic actions during the War Between the States, planning for the new Charles H. Coolidge Medal of Honor Heritage Center is underway. 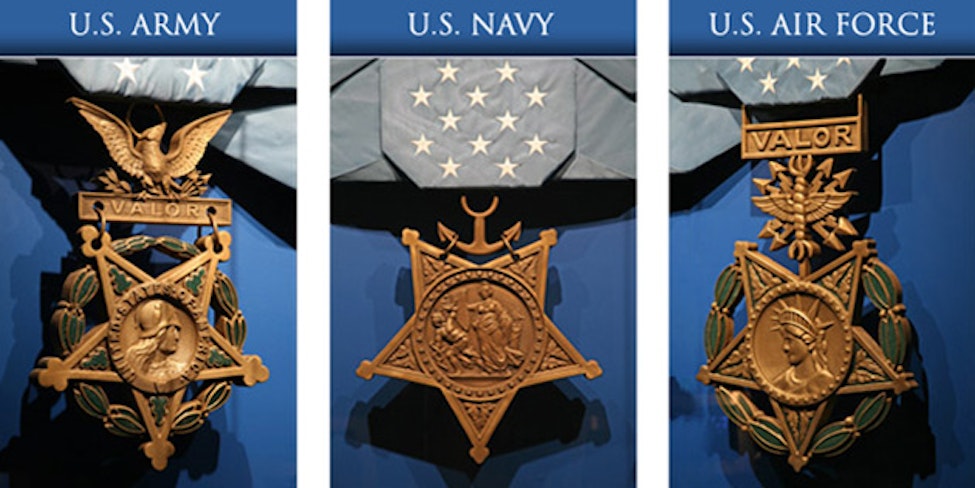 Today, join us in honoring all American veterans who have carried the banner of Liberty forward ever since the first shots at Lexington and Concord. Millions of Soldiers, Sailors, Airmen, Marines and Coastguardsmen have honored their oath to “support and defend” Liberty as “endowed by our Creator” and enshrined in our Republic’s Constitution.

Gen. George Patton observed, “Wars may be fought with weapons, but they are won by men. It is the spirit of the men who follow and of the man who leads that gains the victory.”

Those pathetic souls who don’t understand the spirit of this message would do well to ponder the words of 19th century British philosopher John Stuart Mill: “War is an ugly thing, but not the ugliest of things; the decayed and degraded state of moral and patriotic feeling which thinks nothing worth a war, is worse. A man who has nothing which he cares more about than he does about his personal safety is a miserable creature who has no chance at being free, unless made and kept so by the exertions of better men than himself.”

And from Ronald Reagan: “Peace fails when we forget what we stand for. It fails when we forget that our republic is based on firm principles, that with them we are the last best hope of man. … Peace is only maintained and won by those who have clear eyes and brave minds. In memory of those who gave the last full measure of devotion, may our efforts to achieve lasting peace gain strength.”

On this Veterans Day, and every day of the year, may God bless our men and women in uniform and their families. It is with eternal gratitude that we remember them and those who have paid the ultimate price in service to our nation.

Further reading: The Most Noble of American Patriots.

Finally, fellow Patriots, please help us extend our message of Liberty to American Patriots across the nation and in service around the globe. Support our Annual Campaign.

(Publisher’s Note: It is a tragic irony that the top Internet searches for Veterans Day return links to the Veteran’s Administration, given the fact that, according to the most recent service data, more than 300,000 veterans died waiting on VA services. Of course, it is under the management of a commander in chief who has never worn the uniform of our country.)

(Editor’s Note: Veterans Day has no apostrophe in its official spelling, as the day does not belong to veterans but is rather for honoring them.)