The stark contrast between the valor of one American and the ungrateful Islamist refugees he died defending.

We have previously profiled the most outspoken of the Islamist haters in the House, Ilhan Abdullahi Omar (D-MN). She was elected to the House in 2018 from Minneapolis, which has a growing Muslim population and is now the terrorist-recruiting capital of the U.S.

The 37-year-old Omar was born in Mogadishu, Somalia, rescued from civil war there at age 11, and she and her family were allowed to immigrate to the United States as refugees. She is a key player in the uber-leftist “Gang of Four,” a.k.a. “The Squad,” who are the House protagonists leading the socialist surge in the Democrat Party.

Omar is being investigated by the FBI for reportedly marrying her brother as cover for his illegal immigration, as well as for paying off her former “campaign consultant” to keep their affair quiet. You may recall her inability to call out the Islamist terrorists who perpetrated the 9/11 attack, instead saying “some people did some thing.”

Omar represents the worst of American immigrants — someone who was invited to our nation but who has used her status as a member of the House as a platform to spew her hatred for the nation that gave her refuge. Recently, that hatred spilled out of her daughter’s mouth. Isra Hirsi, whose father is assumed to be the second of Omar’s three husbands, broadcast to her national social-media following that American military personnel were “bitches” who are “furthering American imperialism” and “killing innocent children” to achieve those goals. Isra has been in an ongoing war of words with American veterans.

On that note, a day after our observance of Memorial Day, consider the following:

When Omar was still a refugee, one of our nation’s most decorated veterans, Medal of Honor recipient Master Sergeant Gary Gordon, was killed in the Battle of Mogadishu, beside fellow Medal of Honor recipient Sergeant First Class Randall Shughart. They were nominated for their valorous actions by my East Tennessee friend, then-Lt. Col. Gary Harrell, who was also severely wounded while commanding the Delta component (1st SFOD-D) of Task Force Rangers, whose service and sacrifice was immortalized in the film “Black Hawk Down.” I encourage you to read the Gordon and Shughart citations.

In MSG Gordon’s hometown of Lincoln, Maine, police are investigating the desecration of his gravesite headstone. While there is no evidence linking the perpetrators (if they will ever be found) to the constant stream of hatred spewed by Omar and her daughter, this incident serves to starkly contrast the service of MSG Gordon with a couple of ungrateful Islamist refugees he died defending. 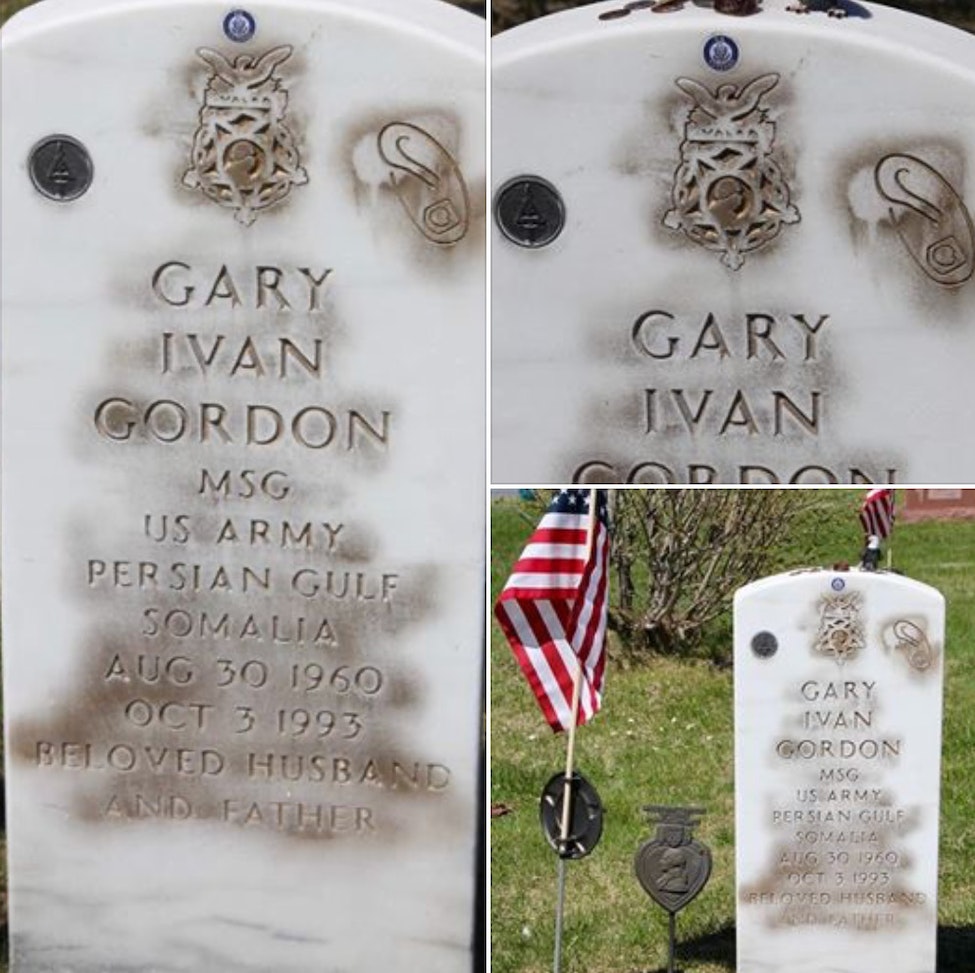