The self-proclaimed “fact checker” website Snopes has a well-earned reputation for its abject leftist bias. Yet the site still enjoys some measure of authoritativeness that greatly exceeds its professionalism.

It wasn’t long ago that Snopes was embroiled in a kerfuffle over its multiple “fact-checks” of the satirical Babylon Bee. That was utterly laughable, and yet Snopes doubled down.

We recently were alerted by our readers that Snopes has done equally credible (which is to say not at all credible) “fact-checks” on The Patriot Post … sort of.

“Patriot Post” has been tagged four times by the site, and not one of the four is even remotely accurate. One story debunks an article from another website that Snopes says was also published by “the equally unreliable PatriotPost.us.” Snopes flags three other stories it claims “originated solely with the Patriot Post, which is part of a network of fake news sites that deal in political clickbait trolling and falsely label themselves as ‘satire.’”

If you read further, however, Snopes sort of clarifies that the actual offending site is “PotatriotPost.com,” a seemingly now-defunct satirical website aimed at assailing conservative sites. Its header said “Patriot Post,” which violates our trademark, but the amateurs at Snopes made no effort to distinguish this leftist cut-rate satire site from our highly regarded publication.

In August last year, we published a meme riffing on the popular and mostly in-jest conspiracy theories about Jeffrey Epstein’s suicide. We originally published the meme clearly labeled “PatriotParody.US,” and we have never seriously written anything claiming the Clintons had something to do with Epstein’s demise. Yet in order to “fact-check” our humor meme, Snopes deliberately cropped the part of our meme image that noted “parody” and then used an incorrect link to our site to locate the original meme.

Snopes does conclude, “Although the meme may have circulated online without this context, it originated on a page labeled ‘humor’ and thus should not be viewed as a statement of fact.” It’s rating: “Labeled Satire.” Well that’s a relief.

We expect so-called “fact-checkers” to go through the rigors of actual fact-checking. Instead, Snopes published libelous assertions about The Patriot Post because its primary mission is advancing leftist propaganda. 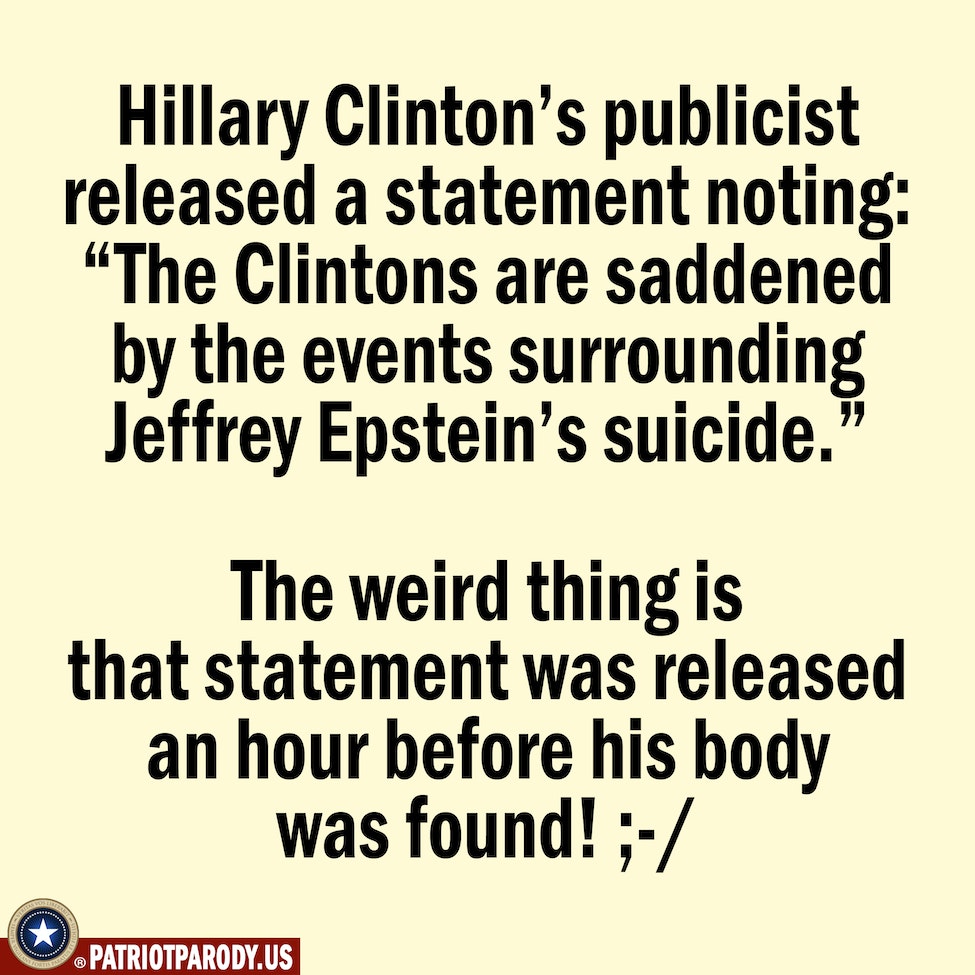