The thought police at Google and NBC collude to censor conservative media sites. 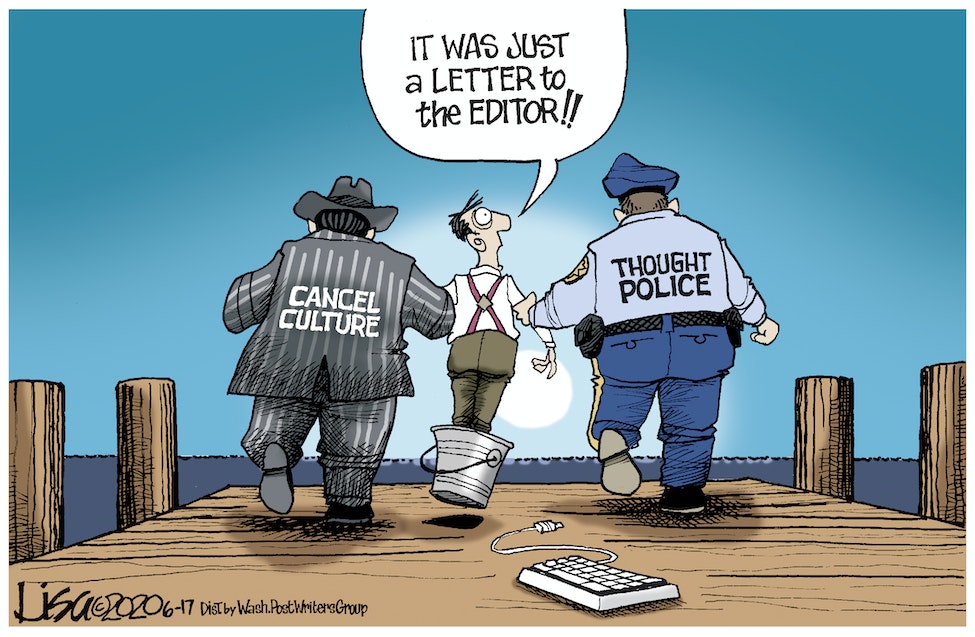 Imagine, if you will, a major media corporation colluding with a major Internet company and a foreign watchdog for “hate” to censor and defund political speech over a website’s comments section. That, in a nutshell, is what NBC, Google, and the Center for Countering Digital Hate did to The Federalist and ZeroHedge, two conservative websites that compete with NBC and depend on Google for a share of their revenue.

ZeroHedge was demonetized, though Google relented on The Federalist after the site disabled its comments section entirely, albeit temporarily. Neither Google nor NBC produced any evidence of hateful content.

According to NBC’s Adele-Momoko Fraser, “Google’s ban comes after the company was notified of research from the Center for Countering Digital Hate, a British nonprofit that combats online hate and misinformation. [CCDH] found that 10 U.S-based websites have published what they say are racist articles about the protests, and projected that the websites would make millions of dollars through Google Ads.”

How cute that Fraser uses the phrase “was notified.” The part NBC’s story left out is that NBC put Google on the case. In fact, Fraser used the word “collaboration” in a celebratory tweet — complete with the hashtag “Black Lives Matter,” until deleting it and reposting it without the hashtag. Even other Leftmedia outlets looked askance at NBC’s activism and “snitch journalism.”

Almost comically, despite the collaboration, NBC had to revise and correct its story after Fraser got basic facts wrong about which sites were demonetized and for what (comments, not articles). There are still factual distortions in the story, like twice asserting that The Federalist is “far-right.” The Federalist is about as mainstream as it gets. Someone get a fact-checker on the line.

Obviously, we’re not defending any actually racist comments, and ZeroHedge isn’t exactly the most reputable of websites. But Google has a long track record of targeting conservative content and aggressively tilting the scales in favor of Leftmedia outlets. Its censorship often occurs with the fig leaf of research from a “nonpartisan” left-wing outfit like CCDH, which seems to be the British counterpart of the hate-hustling Southern Poverty Law Center, only with even less credibility. CCDH’s “About Page” features what seems to be a communist flag without the hammer and sickle, which is fitting because the only ones capable of getting Google to self-censor are the Communist Chinese.

Senator Josh Hawley, the Missouri Republican who would love to tackle the tech giants’ monopolistic censorship with legislation, fired back at Google, saying, “Wait, wait — you want to treat the [Federalist] comment section, which they don’t curate, as THEIR speech but simultaneously say the content you directly host and modify IS NOT your speech under Section 230 [of the Communications Decency Act]? Wow, this is getting really interesting.”

In related news, Google donated $12 million to Black Lives Matter, the race-baiting organization that in turn funnels money to rich white Democrats who collude with left-wing activists at NBC.

This is a mafia racket, not a fair and balanced media.

Finally, a reminder: This episode illustrates one big reason why The Patriot Post depends not on advertising but on the voluntary contributions of readers like you!