Weakness is provocative, and Joe Biden’s performance as commander-in-chief has been Exhibit A.

As Vladimir Putin’s war crimes — his indiscriminate shelling of neighborhoods and his missile attacks on high-rise apartment buildings — continue to pile up in gut-wrenching fashion, one thing becomes painfully clear: These many hundreds of dead Ukrainian men, women, and children would be alive today if Donald Trump were still president.

Democrats, of course, don’t want to hear it, but that doesn’t make it any less true. Putin was a relatively good little dictator during Trump’s four years in office, but he’s become a mass-murdering despot on Joe Biden’s watch.

Those are the facts. And facts, as John Adams said, are stubborn things.

Here’s another fact — one born out of centuries of observation all across the animal kingdom: Weakness is provocative. Great whites don’t attack killer whales. Lions don’t go after bull Cape buffaloes. Predators almost invariably go after the old and the weak. And so it is in geopolitics. Predators like Vladimir Putin don’t mess with leaders like Donald Trump. Instead, they bide their time and wait for an easier target.

Joe Biden, come on down.

In a way, it’s the ultimate compliment that can be paid by a bully. Maybe it had something to do with that alpha handshake Trump put on him at the G20 Summit. Or that time Trump quietly greased all those Russian mercs in Syria.

In any case, Senate Minority Leader Mitch McConnell diagnosed the problem quite clearly yesterday. “I think that precipitous withdrawal from Afghanistan,” he said, “was a message to people like Putin that America was rethinking our forward-leaning position in the world. And I don’t think if we cut and run in Afghanistan, Putin would have tried this at all.”

This isn’t to say that we shouldn’t have left Afghanistan. Twenty years was long enough, especially given a mission that had long since become muddy, and with a nation-building effort that long ago proved futile. But it was the way we left Afghanistan. It was the way Biden hastily and chaotically cut and ran, retreated and surrendered, and left not only thousands of Americans and Afghan friendlies behind but also tens of billions of dollars in world-class American military hardware and a uniquely strategic airbase. All to be used by the enemy, the Taliban.

McConnell went on to praise the “incredible bravery” and the “stunningly impressive” resolve of Ukrainian President Volodymyr Zelensky. Moreover, “There should be no confusion about Vladimir Putin, and there’s been some confusion lately,” he noted. “He’s a thug. He’s a killer. He’s been on the rampage, and this will not end well for him.”

If there’s a “bright” side to the thuggish predation enabled by Biden’s fecklessness, it’s that the world has come together in near unanimity to denounce and sanction Putin, and to track down and snatch up the yachts and the villas and the billions of his oligarchic cronies. Unfortunately, the Russian people, whose distaste for Putin’s actions has spilled out into the public square, will bear the brunt of this economic and cultural ostracism.

As for Biden, during yesterday’s discussion on infrastructure at the University of Wisconsin-Superior, he bizarrely tried to blame Putin’s aggression on — you guessed it — the January 6 Capitol riot. “Vladimir Putin was counting on being able to split up the United States,” he told a captive audience of mostly incurious collegians. “Look, how would you feel if you saw crowds storm and break down the doors of the British Parliament and kill five [sic] cops, injure 145 — or the German Bundestag or the Italian Parliament? I think you’d wonder. That’s what the rest of the world saw.”

Thus, according to our commander-in-chief, the dead and the soon-to-die in Ukraine are all Donald Trump’s fault.

It’s a sad sign of the times that we’ve come to expect such lying and disgraceful rhetoric from Joe Biden. But that doesn’t make it any easier to stomach. 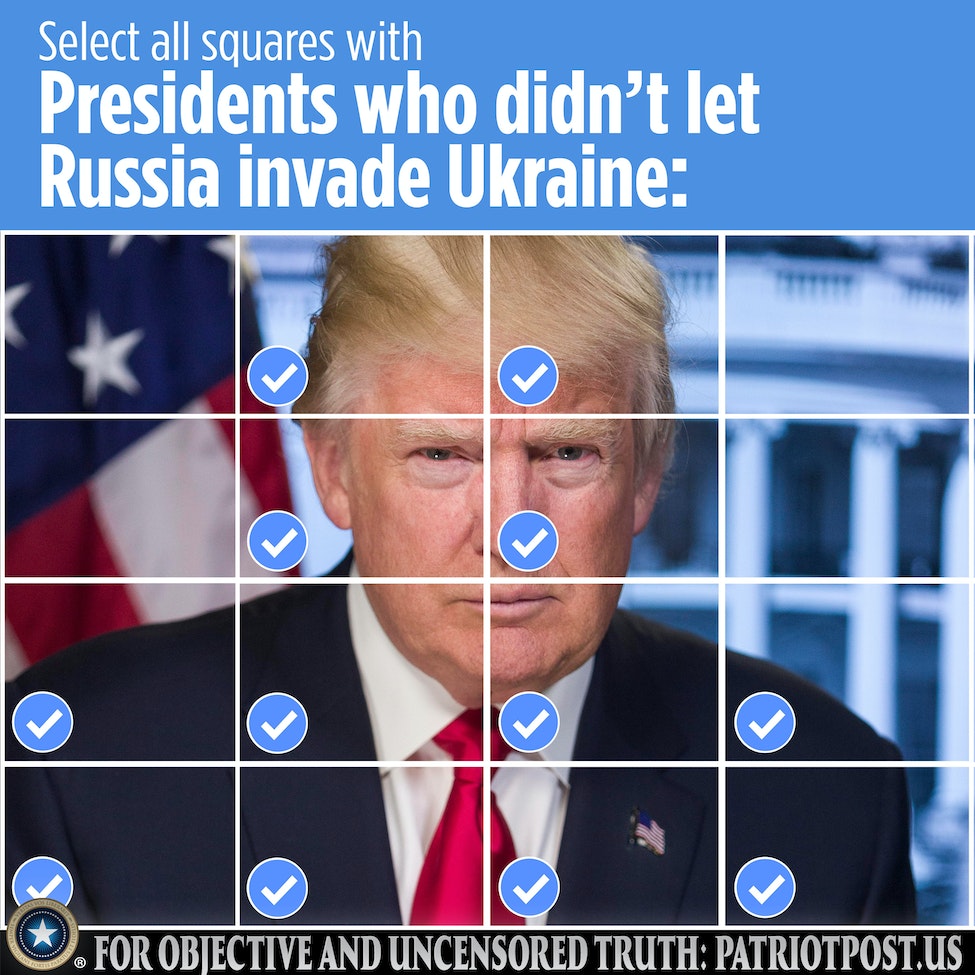