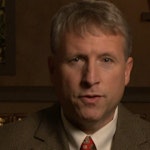 One of his recent books is Dupes: How America’s Adversaries Have Manipulated Progressives for a Century (ISI Books, 2010). Based on extensive Soviet archival research, particularly the Comintern Archives on Communist Party USA, the book examines the exploitation of American liberals by communists beginning in the early 20th century. It also explores the relevance of that gullibility, naiveté, and manipulation in today’s politics and current events, including the War on Terror and November 2008 presidential election.

Among his other books is a major work on Ronald Reagan’s role in undermining the Soviet Union, titled The Crusader: Ronald Reagan & the Fall of Communism, which includes never-before-published documents from KGB archives, Soviet media archives, and once-secret but now declassified NSC, White House, and Reagan administration documents. Originally released in hardcover in October 2006 (HarperCollins), the paperback rights were purchased by HarperPerennial for release in September 2007. The book was translated for release in Poland in October 2007. The book is also being translated into Estonian and Korean, and is being considered for Albanian. Also in September 2007, he released God and Hillary Clinton (HarperCollins), the first and only examination of the faith and spiritual life of the controversial former first lady and current presidential candidate. In November 2007, he published (with co-author Patricia Clark Doerner) The Judge: William P. Clark, Ronald Reagan’s Top Hand (Ignatius), the long-awaited biography of Ronald Reagan’s close friend and most influential foreign-policy adviser. The Judge is the only book (to our knowledge) to be endorsed by two living ex-presidents from differing political parties: President Jimmy Carter and President George H. W. Bush. The Communist, Frank Marshall Davis: The Untold Story of Barack Obama’s Mentor (Simon & Schuster, Threshold Editions/Mercury Ink, 2012) is Kengor’s latest book.

Kengor is also the author of God and Ronald Reagan (ReganBooks, HarperCollins, 2004), which made best-seller lists for The New York Times (extended list), Amazon.com, BarnesandNoble.com, and Christian Retailing, among others; the book reached #2 on Amazon’s non-fiction list. He is author of God and George W. Bush (ReganBooks, HarperCollins, 2004), which reached #5 on Amazon’s non-fiction list and made The New York Times’ extended best-seller list. He is co-editor with Peter Schweizer of Assessing the Reagan Presidency (Rowman-Littlefield, 2005). He has also written chapters or essays in books published by Oxford University Press, Columbia University Press, Palgrave-Macmillan, Lexington, and many others.

Kengor has done work for many think tanks, including the Center for Strategic and International Studies, the Heritage Foundation, and the Allegheny Institute for Public Policy, and has served on the editorial board of Presidential Studies Quarterly, the flagship academic publication on the presidency. He is nationally known for his work on the American presidency. In 2009, he was one of a select group of presidential scholars to participate in C-SPAN’s prestigious, highly regarded ranking of American presidents, a follow up to C-SPAN’s popular 2000 survey. The four-person advisory team to the survey was comprised of Douglas Brinkley, Richard Norton Smith, Edna Medford, and Harvey Mansfield.

Kengor received his doctorate from the University of Pittsburgh’s Graduate School of Public and International Affairs and his master’s degree from American University’s School of International Service. He holds an honorary doctorate from Franciscan University (Steubenville, Ohio), where he was the commencement speaker in May 2009. Kengor, a native of Western Pennsylvania, lives with his wife in Grove City, Pa., along with their seven children.