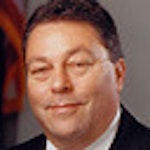 Tony Blankley is an executive vice president of the Edelman public-relations firm in Washington, a visiting senior fellow in national-security communications at the Heritage Foundation, an on-air political commentator for CNN, NBC and NPR, and a syndicated columnist for Creators Syndicate.

He has appeared as both a political expert and newsmaker on many national programs including "Meet the Press," "Face the Nation," "Larry King Live," "Good Morning America," "The Today Show," "Nightline," "CBS Evening News," ABC's "World News Tonight" and "The McNeil/Lehrer News Hour." Brill's Content magazine, which keeps a "Pundit Scorecard," recently rated him the most accurate of "TV's weekend soothsayers."

Blankley was editorial page editor of the Washington Times from 2002 to 2007, leaving to pursue his positions at Edelman and the Heritage Foundation. From 1990 to 1997, Blankley was press secretary and general adviser to Speaker of the House Newt Gingrich. Before that, he worked six years for President Reagan in a variety of positions, including speechwriter, Senior Policy Analyst and Deputy Director of Planning and Evaluation.

Before arriving in Washington in 1980, Blankley served for eight years as California Deputy Attorney General. He holds an undergraduate degree in Political Science from UCLA, a Juris Doctor degree from Loyola University and a Certificate in International Law from The University of London.

A naturalized American citizen born in London, Blankley followed the Reagan path by starting his career in Hollywood. He was a child actor in such television shows as "Lassie," "Highway Patrol," "Sky King" and "Make Room for Daddy," and also appeared in movies with such stars as Humphrey Bogart, Michael Wilding and Van Johnson.

He and his wife, Dr. Lynda Davis, have three children and live in Great Falls, Virginia, where they share their home with a menagerie of horses, sheep, goats, rabbits, peacocks, dogs and cats.