Our mission and operations are funded 100% by conservatives like you. Please help us continue to extend Liberty to the next generation and support the 2021 Independence Day Campaign today. —Christy S. Chesterton, Director of Advancement 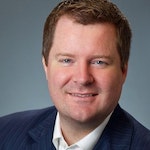 Erick Erickson is the Editor-in-Chief of RedState.com, the most widely read right-of-center blog on Capitol Hill in Washington, DC. Prior to leading RedState, Erickson practiced law for six years and oversaw a number of political campaigns at the federal, state and local levels.

In addition to running RedState, Erickson is a Fox News contributor after spending three years at CNN and hosts an eponymous radio show on the nation's most listened to talk radio station, WSB of Atlanta, GA. He has also appeared on the Colbert Report on Comedy Central.

According to Newsweek, “Erickson has grabbed his party’s power brokers by their elephant-stitched suspenders. Avid readers include Rush Limbaugh, former senator Fred Thompson and … John Boehner.”

Erickson’s tenure at RedState has been marked by a willingness to speak candidly about and challenge the Republican establishment as well as rally conservatives to push their agenda at both the federal and state level. Additionally, Erickson has used his position at RedState to help raise the profile of a number of conservative candidates across the country from Marco Rubio in Florida to Nikki Haley in South Carolina to Ted Cruz in Texas.

Erick Erickson earned a Bachelor of Arts with honors at Mercer University in Macon, Georgia, majoring in History and Political Science. He earned his juris doctorate at Mercer’s Walter F. George School of Law.

Erickson and his family reside outside the beltway in Macon, Georgia, where he is a former Macon city councilman.

“But if we are to be told by a foreign Power … what we shall do, and what we shall not do, we have Independence yet to seek, and have contended hitherto for very little.” —George Washington (1796)