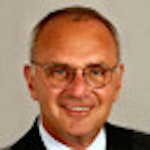 Rich Galen has been described as "what you get when you cross a political hack with a philosopher."

In 2003-2004, Rich did a tour of duty in Iraq where he went at the request of the White House. The assignment - which was to have lasted about eight weeks, stretched into six months. While there, he was responsible for bringing the message of the positive aspects of what the coalition was doing in Iraq back to Middle America.

Rich has been press secretary to Dan Quayle, when the former Vice President was a Congressman and a U.S. Senator; and to Newt Gingrich when Gingrich was House Republican Whip and, in 1996 became the communications director of the political office of Speaker Gingrich.

Rich also has extensive non-US business and political experience. At the time of the dissolution of the Communist governments in Eastern Europe, he was one of a select number of Americans sent over to help build a democratic political infrastructure. He spent a significant amount of time in Hungary, Bulgaria, Romania, and what was then Czechoslovakia.

In 1992, Mr. Galen went to work for Electronic Data Systems as the director of a new organization known as the Emerging Markets Group where he designed and implemented a plan to help EDS expand its service offerings into new geographic areas.

Under Mr. Galen's guidance, EDS established operations in Bahrain, Saudi Arabia, the UAE, Turkey, Israel, and Egypt. He managed a staff which was located on three continents, in four time zones, covering three work weeks, and which spoke four languages.

Since, March 1998, when he assumed the position of Executive Director of GOPAC, Mr. Galen has written a three-day-a-week political column - Mullings - which reaches some 400,000 people per month and is considered required reading by senior reporters and political operatives on both sides of the aisle.

In Washington, DC, Mr. Galen is an often quoted source for many of the major American news outlets. He has maintained excellent contacts with all of the networks, major daily newspapers, major news weeklies as well as the Associated Press and Reuters wire services.

Mr. Galen is a frequent guest on television shows on FOX, CNN, the "Today" show, on "Good Morning America," on ABC "World News Tonight" and on "Larry King Live."

Rich and his wife, Susan, live in Virginia. They have one son, Reed.

“There are more instances of the abridgment of the freedom of the people by gradual and silent encroachments of those in power than by violent and sudden usurpations.” —James Madison (1788)