Tyranny Is Transient — Liberty Is Eternal

“Honor, justice, and humanity, forbid us tamely to surrender that freedom which we received from our gallant ancestors, and which our innocent posterity have a right to receive from us.” –Thomas Jefferson (1775) 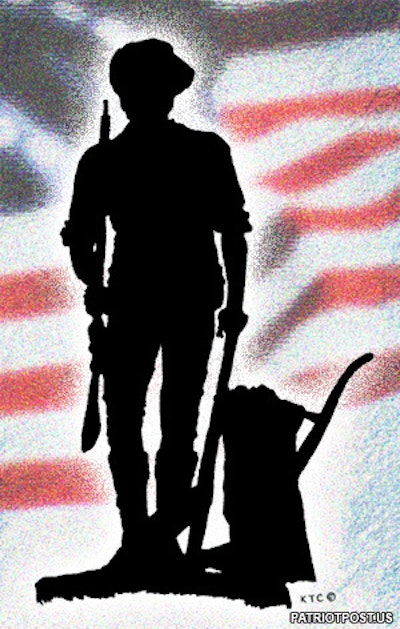 I began this week with friends from California, where Liberty is in constant peril. At one point during an assessment of our political adversary’s strength against today’s American Patriots, one friend asked, “Do you ever lose faith?”

Being from the Left Coast, they are under incessant political and cultural siege, as are other friends in those states controlled by Leftist political machines.  After five years of the petulant community organizer and his lawless political regime, some Patriots are experiencing battle fatigue – especially given the dearth of clear conservative leadership in the legislative branch to counter the relentless assault on Essential Liberty from the executive.

Responding to my colleague’s question, I answered emphatically, “NO,” and reaffirmed that retreat is not an option.

To that end, I recalled the words of George Washington in 1777, when the obstacles to American Liberty seemed insurmountable: “We should never despair, our situation before has been unpromising and has changed for the better, so I trust, it will again. If new difficulties arise, we must only put forth new exertions and proportion our efforts to the exigency of the times.”

The restoration and preservation of Liberty is a generational process, but too often in the context of our instant gratification nation, there is an expectation that all things rest on one political campaign or cycle. To be sure, the current fratricidal infighting between conservatives and moderates on the Right is a grave impediment to restoring Liberty, and accounts for why our Constitution is now subjected to a second term of executive assault. 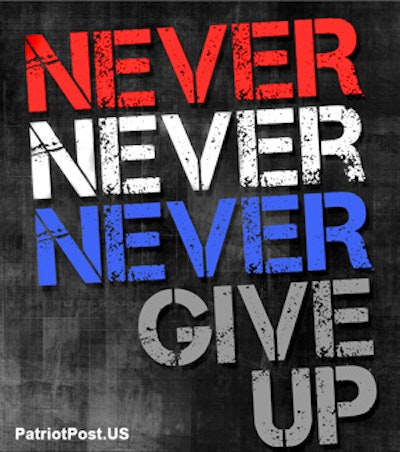 But tactics and strategies are an essential part of the political proving ground. Such failures can be as frustrating and discouraging as they are predictable, but losing faith is another matter entirely.

The only way to lose faith is to break faith. Patriots start anew every day – we do all that we can in support of Liberty, and we rest secure in that knowledge. We leave nothing on the field. At the same time, we never lose sight of so much that is good and right about our country to avoid tunnel vision.

Our Founders understood that proposing such dissolution would be considered treason, which is why their bold and emphatic claim that “the Laws of Nature and of Nature’s God entitle them” to Liberty rings as true today as in 1776.

The enduring premise of our Declaration is found in these words: “We hold these truths to be self-evident, that all men are created equal, that they are endowed by their Creator with certain unalienable Rights, that among these are Life, Liberty and the pursuit of Happiness. That to secure these rights, Governments are instituted among Men, deriving their just powers from the consent of the governed, – That whenever any Form of Government becomes destructive of these ends, it is the Right of the People to alter or to abolish it, and to institute new Government, laying its foundation on such principles and organizing its powers in such form, as to them shall seem most likely to effect their Safety and Happiness.”

Our Founders concluded their treatise by attaching their signatures under these words: “And for the support of this Declaration, with a firm reliance on the protection of divine Providence, we mutually pledge to each other our Lives, our Fortunes and our sacred Honor.”

And it is with that same resolve that generations of Patriots have sacrificed all “to Support and Defend” the Liberty enshrined in our Declaration’s subordinate guidance, our Republican Constitution.

Indeed, it is thus today, for millions of Patriots who stand unwavering in our devotion to Liberty, and the legacy bequeathed to us by our forefathers.

We remain steadfast in our faith – not faith in men or political process, but faith in the eternal endowment of Liberty by our Creator and our call to its defense. Of that foundational faith, Washington wrote in his General Orders to his officers after the harsh winter at Valley Forge, “To the distinguished Character of Patriot, it should be our highest Glory to add the more distinguished Character of Christian.” We strive to ascend to that distinguished character.

The Patriot Post is a benchmark of Liberty for grassroots leaders across the nation. They depend on our support for a clear and concise understanding of the fields of battle and how best to confront our opponents.

In turn, we depend on your support to keep them informed and to maintain a strong and unified front.

Help us maintain the momentum to keep moving the line forward by supporting The Patriot Post. If you prefer to provide that support by mail, please use our printable donor form.

Thank you for being vigilant and faithful in your support of Liberty. We’re humbled to count you among the ranks of today’s Patriots, and it’s my great privilege to serve you as editor of The Patriot Post.