The High Cost of Freedom 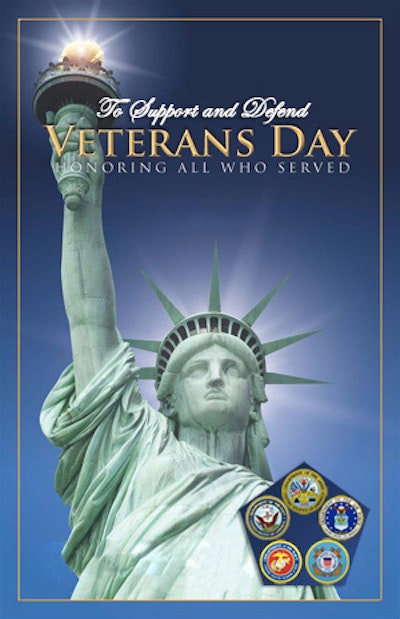 When I hear politicians qualify their political aspirations or tenure in office under the heading of “serving our country,” I strenuously object. Most members of Congress, like the current commander in chief, have never served a day at risk of blood and life, and unlike those who have, too many among the political ranks do not honor their oaths “to Support and Defend” our Constitution and the Essential Liberty it enshrines.

Military service is not a prerequisite for political office, but the sacrifice associated with such service is certainly a fitting exemplar.

Fortunately, rising out of the dust of the 2014 midterm election, there is a growing number of new faces who are are devoted, first and foremost, to Liberty. They join a substantial contingent of conservatives elected to Congress since 2010 who are likewise devoted.

But the contrast between the selfless sacrifice of our uniformed service members and the old, self-serving political class is stark. The political reformation of the VA announced today is typical of the latter’s smoke and mirror shenanigans.

Indeed, that contrast is certainly emphasized on days such as this, which we set aside to honor veterans.

Today, let me introduce you to a veteran who is, posthumously, the subject of an upcoming movie, “American Sniper.”

Just ahead of Veterans Day two years ago, I received a signed copy of the autobiography, “American Sniper,” from Chris Kyle. I never met Chris but certainly knew him by reputation.

Chris was a genuine American Patriot, a proud Texan and the product of a devout Christian home.

After suffering a severe injury as a rodeo rider, Chris pursued another life interest, serving our country. A textbook Type-A personality, he wanted to pursue SpecOps, and the prospect of becoming a Ranger or SEAL. He was told he could not pass the medical screening with the metal pins in his arm, but in 1999, at the age of 25, Chris got a call back from a Navy recruiter who thought he had the right stuff.

He joined the Marine Corps, was accepted for BUD/S training, and earned a slot with SEAL Team 3, Sniper Element Charlie, where he quickly gained proficiency with a McMillan TAC-338 rifle. 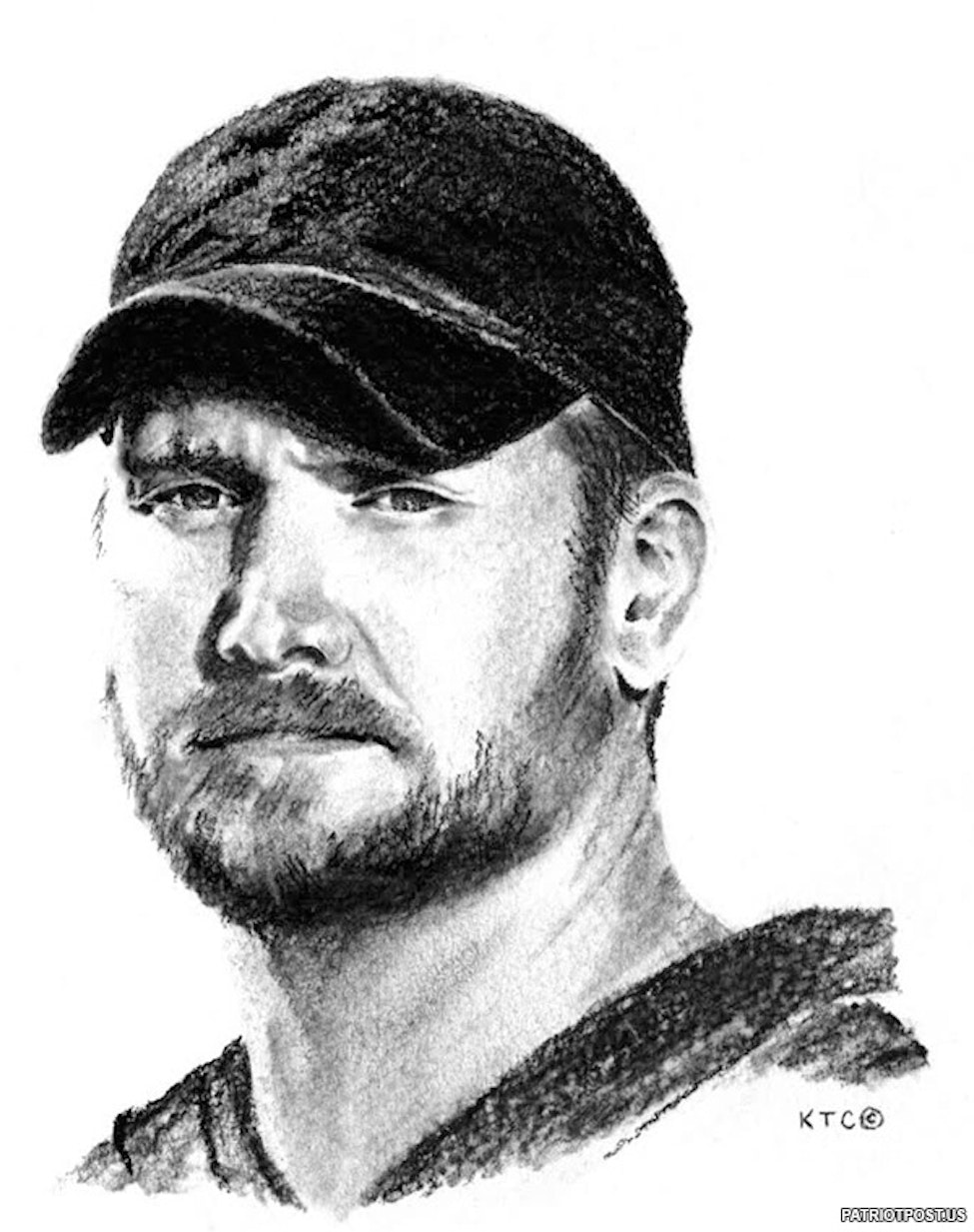 Spoiler alert: If you haven’t read the book but are intrigued by the movie trailer, Kyle’s first long-range kill was against an Iraqi suicide bomber who was walking toward a group of Marines with a hand grenade. Of that kill, he said, “The woman was already dead. I was just making sure she didn’t take any Marines with her.”

During his four combat tours as a SEAL sniper, he recorded 160 confirmed kills and 95 probables, and became known as the “Devil of Ramadi” by al-Qa'ida and other Iraqi insurgents. His longest shot was taken in 2008 near the Baghdad slum of Sadr City, where he arrested an RPG-carrying insurgent at more than 2,000 meters.

Of his service in Iraq, Kyle wrote, “Savage, despicable evil. That’s what we were fighting in Iraq. That’s why a lot of people, myself included, call the enemy savages. There really was no other way to describe what we encountered there. I had a job to do as a SEAL. I killed the enemy, an enemy I saw day in and day out plotting to kill my fellow Americans. I’m haunted by the enemy’s successes. They were few, but even a single American life is one too many lost. … People ask me all the time, ‘How many people have you killed?’ My standard response is, ‘Does the answer make me less, or more, of a man?’ The number is not important to me. I only wish I’d killed more. Not for bragging rights, but because I believe the world is a better place without savages out there taking American and innocent Iraqi lives. I can stand before God with a clear conscience about doing my job.” 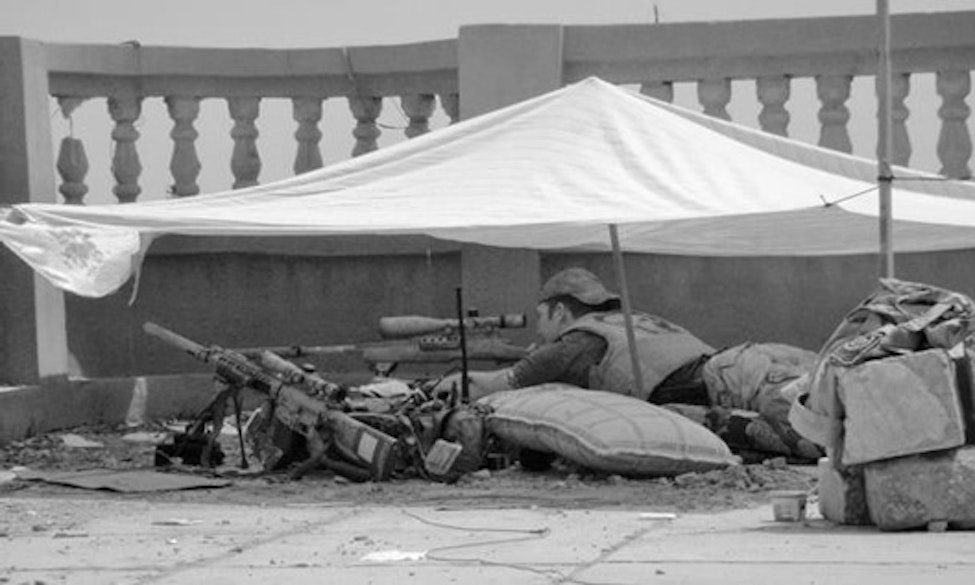 In 2009, Chief Petty Officer Kyle was honorably discharged from the Navy. He then devoted much of his time working with military personnel who were suffering from PTSD. It is assumed that the former Marine Eddie Ray Routh, who has been charged with murdering Chris and his colleague, Chad Littlefield, on February 2, 2013, also suffered PTSD. However, our sources close to the case have indicated his defense team may not be able to make the case for PTSD, leaving us to speculate what Routh’s motive might have been.

Chad is survived by his wife, Leanne, and their daughter.

Chris is survived by his wife, Taya, and a son and daughter.

Chris was cut from the same cloth as another Southern Patriot, the legendary Vietnam-era Marine sniper Carlos Hathcock (who had 93 confirmed kills) with more rudimentary weapons and tactics. Like Hathcock, Chris will be forever held in the highest esteem by long shooters and legions of those veterans living today who owe their lives to his marksmanship.

On this and every day, I thank God for Patriots like Chris Kyle and millions of other veterans, who, from the cold winter winds at Valley Forge in 1777 to the deadly terrain of the Korengal Valley in eastern Afghanistan, have defended Liberty with honor.

Of such Patriots, Gen. Douglas MacArthur said, “My estimate of him was formed on the battlefields many, many years ago, and has never changed. I regarded him then, as I regard him now, as one of the world’s noblest figures; not only as one of the finest military characters, but also as one of the most stainless. His name and fame are the birthright of every American citizen. In his youth and strength, his love and loyalty, he gave all that mortality can give. He needs no eulogy from me, or from any other man. He has written his own history and written it in red on his enemy’s breast. But when I think of his patience under adversity, of his courage under fire, and of his modesty in victory, I am filled with an emotion of admiration I cannot put into words. He belongs to history as furnishing one of the greatest examples of successful patriotism. He belongs to posterity as the instructor of future generations in the principles of liberty and freedom. He belongs to the present, to us, by his virtues and by his achievements.”

For those pathetic souls who don’t understand the spirit of this message, I refer you to the words of 19th century British philosopher John Stuart Mill: “War is an ugly thing, but not the ugliest of things; the decayed and degraded state of moral and patriotic feeling which thinks nothing worth a war, is worse. A man who has nothing which he cares more about than he does about his personal safety is a miserable creature who has no chance at being free, unless made and kept so by the exertions of better men than himself.”

And a final note about our mission: Not a day passes without a word of appreciation from a uniformed Patriot serving our nation as a Soldier, Sailor, Airman or Marine. Those emails are very humbling, as our mission is to serve them by providing a timeless touchstone for Liberty. Please help us extend that mission with your support for our 2014 Annual Campaign.

On this Veterans Day, and every day of the year, may God bless our men and women in uniform and their families. “Greater love has no one than this: to lay down one’s life for one’s friends.” (John 15:12-14)