Blacklisting the NRA — And the Second Amendment

The current leftist political assault strategy against the NRA, the Second Amendment and Liberty, is formidable.

“The advantage of being armed, which the Americans possess over the people of almost every other nation … forms a barrier against the enterprises of ambition, more insurmountable than any which a simple government of any form can admit of.” —James Madison (1788) 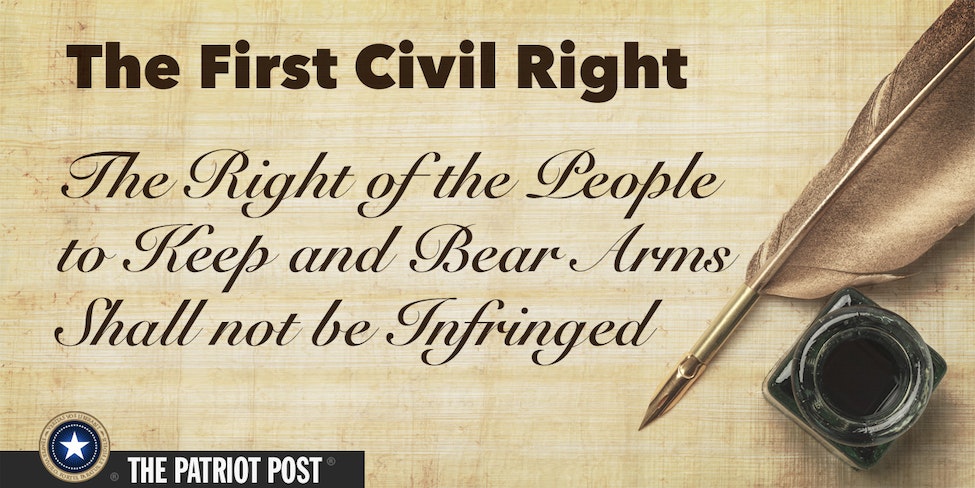 In San Diego last weekend, a sociopathic assailant walked into the Chabad of Poway synagogue and fired a weapon at congregants gathered there. He murdered a woman, Lori Gilbert-Kaye, who was attempting to shield Rabbi Yisroel Goldstein, who was also injured.

The attack ended when Navy veteran Oscar Stewart and Border Patrol Agent Jonathan Morales, who were in the congregation, charged the assailant and chased him from the premises. Morales fired at the assailant. Stewart concluded, “It takes a good guy with a gun to stop a bad guy with a gun.” Indeed it does.

Democrat Party principals were quick to blame Donald Trump for the high-profile attack. Yet they never take credit themselves for the epidemic of daily violence that occurs in their Democrat-controlled urban centers — the direct result of Democrat social policies.

Demos were also quick to reiterate their support for incremental measures that, in effect, repeal our Second Amendment right to bear arms — the First Civil Right and the first line of defense in support of Liberty against statist tyranny. The Second Amendment is “the palladium of the liberties of the republic,” and, as such, a primary target for the leftists, who constantly endeavor to erode our Liberties.

Demo presidential aspirant Sen. Kamala Harris (D-CA) has taken the lead on this Liberty assault, founding her campaign on gun-control measures. Harris declared, “We need leaders in Washington, DC, who have the courage to speak the truth. … Upon being elected, I will give Congress 100 days to get their act together and have the courage to pass reasonable gun-safety laws, and if they fail to do it, then I will take executive action.”

Whenever a socialist Democrat says “speak the truth” or “reasonable gun-safety laws,” beware. While most of us can agree that some laws regulating firearm sales and possession are necessary in society, there are now about 25,000 federal, state, and local gun laws on the books, none of which will completely prevent a sociopath in a synagogue or urban center from killing people. But the Democrats’ political agenda is about constricting the 2A rights of law-abiding citizens, whom they view as a threat to unmitigated central-government power.

The premier organization advocating for the protection of our Second Amendment from encroachment by the Left is the National Rifle Association, which held its annual convention last week — amid assault from without and controversy from within.

President Trump addressed the NRA convention attendees, using the opportunity to announce that he was pulling the U.S. signature from UN Arms Trade Treaty. But the domestic assault on Liberty is a much more perilous attack on Liberty than that from foreign treaties.

Specifically, New York and California are using the power of the state to undermine the NRA, attempting to restrict its legal status, blacklist it with financial institutions, and press it ever-deeper into debt with legal costs. This is the new strategic assault template being adopted by the Left.

Framing the Left’s objective, New York Gov. Andrew Cuomo says: “The NRA’s goal is to sell more guns, and they don’t care if they sell them to legal owners or to illegal owners. They want to sell more guns.” That is a lie on every level, but for leftists and their Leftmedia publicists, the truth is whatever they define it to be.

NRA CEO Wayne LaPierre summed up Cuomo’s agenda in remarks to NRA members: “The governor wants you, and wants your organization, the NRA, denied financial services. Simply put, the governor wants the NRA blacklisted.” And the NRA has an interesting ally against Cuomo’s power play: The ACLU is evaluating actions against Cuomo.

Trump cast his support for the Second Amendment, which he has consistently done as president, noting, “The NRA is under siege by Cuomo and the New York State A.G., who are illegally using the State’s legal apparatus to take down and destroy this very important organization and others.”

The external challenges to the Second Amendment and the NRA come in a week when the organization was facing internal strife — as many organizations do when attacked from all sides. Organization president Oliver North resigned his post under duress and, on Monday, the NRA board unanimously renewed its support for LaPierre as CEO and elected Carolyn Meadows as its president.

As for the internal disputes, LaPierre is to the NRA what generational leader William F. Buckley was to National Review and Edwin Feulner was to The Heritage Foundation. The NRA is fortunate to have retained LaPierre. I have close contacts within NRA leadership, and I have known Oliver North since his years with Ronald Reagan’s administration.

Without detailing this dispute, in which both sides raised reasonable concerns, suffice it to say that I am disappointed that Ollie took this dispute public. In short, it was an internal battle of titan personalities.

The bottom line: This is a perilous time for the NRA or its members to be distracted by internal division, which is precisely what the Left wants. For the first time in memory, virtually all Democrat presidential contenders and Demo senators across our nation are aligned against the NRA. In other words, they are all aligned against the Second Amendment, the last line of defense for American Liberty.