An incident within the Capitol this week reminded us all of why we hate the media.

“All of us learn to write in the second grade,” said legendary Indiana basketball coach and media scourge Bob Knight. “Then most of us go on to greater things.” Clearly, Politico co-congressional bureau chief Heather Caygle wasn’t one of them.

Caygle is feeling the heat for having taken to Twitter to shame the Gold Star family of Marine Corps Sergeant Nicole Gee, one of the 13 warriors killed in the August 26 suicide bombing in Kabul, Afghanistan. You’ll remember Sergeant Gee: 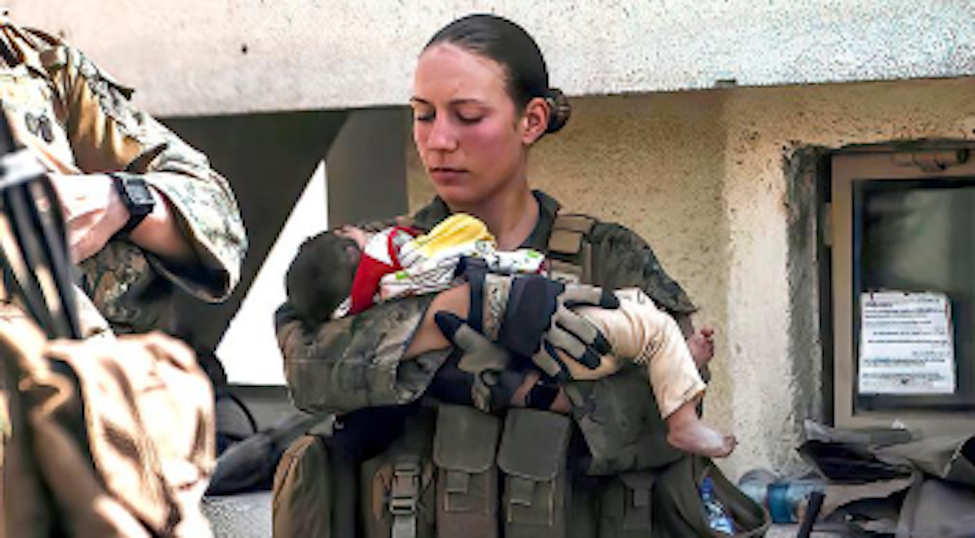 What set Caygle off? Simply this: She saw some mask-free members of Gee’s family taking a Capitol tour hosted by their congressman, California Republican Tom McClintock. “Masks requirement in the House,” she scolded. “Tours not allowed. Yet here we are — group of 9, only 2 in masks.”

Never mind that in the picture Caygle posted, Statuary Hall appears to be empty but for the family and the congressman.

Here, normally, we’d mention that Caygle had no idea as to this family’s special status. But she doesn’t deserve this defense. When it was pointed out to her, she dug in her heels. “Instead of immediately being a tattletale,” replied one Steven Smith, “maybe ask some questions first. If you did, you would learn that this is the family of fallen Marine Sgt. Nicole Gee, getting a tour from their Congressman Tom McClintock. Maybe consider taking this tweet down.”

To which Caygle smarmily replied, “How does that exempt them from wearing a mask?”

Setting aside this family’s special status, though, doesn’t Caygle have anything better to do than tattle on visitors to the U.S. Capitol for the non-crime of not having worn their ceremonial face diapers?

And if not, if Caygle really does believe this to be such an egregious offense, then how did she manage to check her outrage when far more prominent people flouted that same rule earlier in the week?

As Indiana Republican Congressman Jim Banks rightly observed: “On Tuesday, Speaker Pelosi was hugging and shaking hands with over a dozen people without a mask. Not a word was reported from this journalist who is now smearing a Gold Star Family on a Capitol tour so far away she had to zoom in.”

In response to a request for comment, McClintock simply said “Res ipsa loquitur.” That’s a Latin legal phrase that translates to, “The thing speaks for itself.”