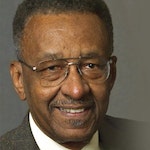 In 1980, he joined the faculty of George Mason University in Fairfax, Virginia, and is currently the John M. Olin Distinguished Professor of Economics. From 1995 to 2001, he served as department chairman. He has also served on the faculties of Los Angeles City College (1967-69), California State University (1967-1971) and Temple University (1973-1980). From 1963 to 1967, he was a group supervisor of juvenile delinquents for the Los Angeles County Probation Department.

More than 150 of his publications have appeared in scholarly journals such as Economic Inquiry, American Economic Review and Social Science Quarterly and popular publications such as Reader's Digest, The Wall Street Journal and Newsweek. He has made many TV and radio appearances on such programs as Milton Friedman's Free to Choose, William F. Buckley's Firing Line, Face The Nation, Nightline and Crossfire, and is an occasional substitute host for The Rush Limbaugh Show.

He is also the author of several books. Among these are The State Against Blacks, later made into a television documentary, America: A Minority Viewpoint, All It Takes Is Guts, South Africa's War Against Capitalism and More Liberty Means Less Government.

Williams sits on many boards of directors and advisory boards, including the Hoover Institution, Grove City College, Cato Institute, Institute of Economic Affairs and the Heritage Foundation.

The awards and honors Williams has received are many. These include the National Fellow at the Hoover Institute of War, Revolution, and Peace; the Ford Foundation Dissertation Fellowship; the National Service Award from the Institute for Socioeconomic Studies; and the George Washington Medal of Honor from the Valley Forge Freedom Foundation and Adam Smith Award from the Foundation for Economic Education. In 1984-1985, he received the Faculty Member of the Year Award from the George Mason University Alumni. He is also a member of the American Economic Association, the Mont Pelerin Society and is a Distinguished Scholar of the Heritage Foundation.

Williams participates in many debates and conferences, is a frequent public speaker and has often given testimony before both houses of Congress.