"My Beautiful America" by The Charlie Daniels Band 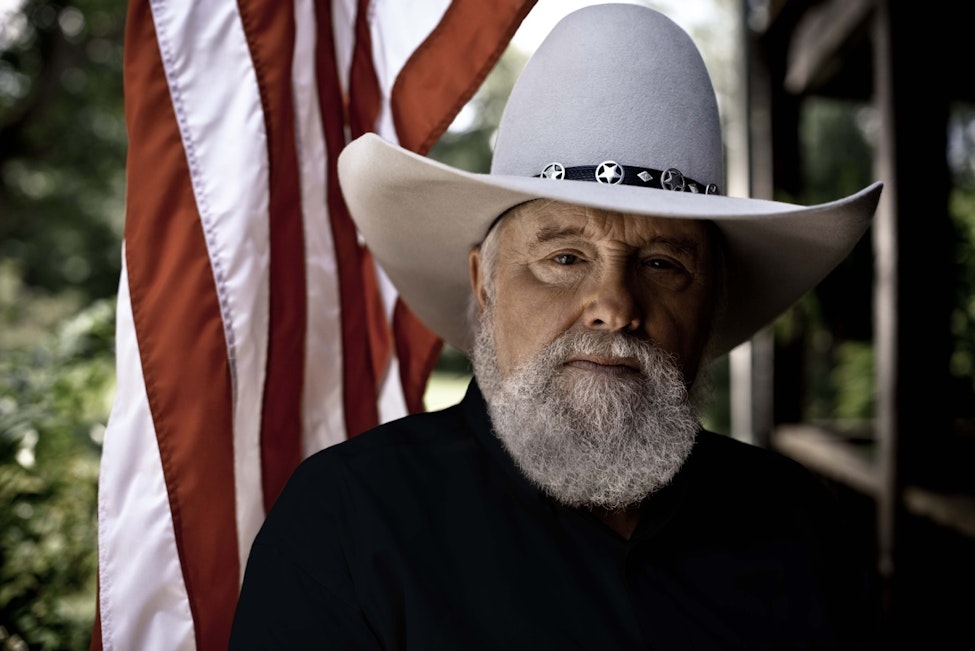 Listen to it here

Have you ever spent the late afternoon
watching the purple shadows deepen in Arizona desert?
Or seen a herd of Elk plow their way
through waist deep snow on a cold Colorado dome?
Did you ever see the sun go down in Hawaii,
Or seen the stormy waves break over the rock bound coast of Maine?
Or have you ever see an eagle fly up out of the mists of Alaska?
Or a big October moon hanging full over the still Dakota badlands?

Have you ever tasted the gumbo in New Orleans, Bar-B-Que in Carolina
Or the chicken wings in Buffalo?
Have you ever had Brunswick stew in Macon, or cornbread in Birmingham?
Or brisket slow cooked over hill country mesquite wood?

Did you ever drink the water from a gurgling branch in Utah,
Or, stand on the mountain above El Paso Del Norte
And see the lights twinkling clear over into Mexico?
Did you ever jangle horses in the pre dawn stillness of a perfect Texas day
And watch their shodded hooves kicking up sparks on the volcanic rock?

Or tended a trout line on a foggy Carolina morning,
Or heard the distant song of a lovesick whippoorwill
On a pristine Tenneesee late night?
Have you seen the faces on Mount Rushmore or stood at the Vietnam monument?

Have you ever crossed the mighty Mississippi,
Or been to the daddy of them all in Cheyenne, Wyoming?
Or seen the mighty Vols run out on the football field on a chilly autumn afternoon?

Did you ever see the Chicago skyline from Lake Shore Drive at night?
Or the New England follage in the fall,
Or the summer beauty of the Shenandoah valley,
Or Indiana covered with new snow?

Did you ever seen a herd of wild horses running free
Across the empty spaces in Nevada?
Or caught a walleyed pike out of a cold Wisconsin stream?
Or marveled at the tall ship docked in the harbor at Baltimore?

Did you ever see the early morning dew sparkling on the blue grass,
Or the wind stir the wheat fields on a hot Kansas afternoon?
Or driven the lonely stretches of old Route 66?
Have you ever heard the church bells peal their call to worship
On an early Sunday, in some small town in the deep south?

Or pass through the redwood forest just as the sun was going down?
Have you ever been to Boise or Batchlee or Beaufort or Billings?
Have you ever passed through Sanford or Suffolk or San Angelo?
Have you ever seen the falls at Nigara?
The ice palace in Saint Paul?
Or the Gateway to the west?

This then is America!
The land God blesses with everything
And no Effel Tower: no Taj Mahal;
No Alps; No Andes;
No native hut; nor Royal Palace —
Can rival her awesome beauty,
Her diverse poplulation, her monolithic majesty.
America the Free!
America the mighty!
America the beautiful!
I pledge alligence to the flag of the United States of America
And to the republic for which it stands
One Nation Under God indivisible
with liberty and justice for all!