Flag Day and the U.S. Army 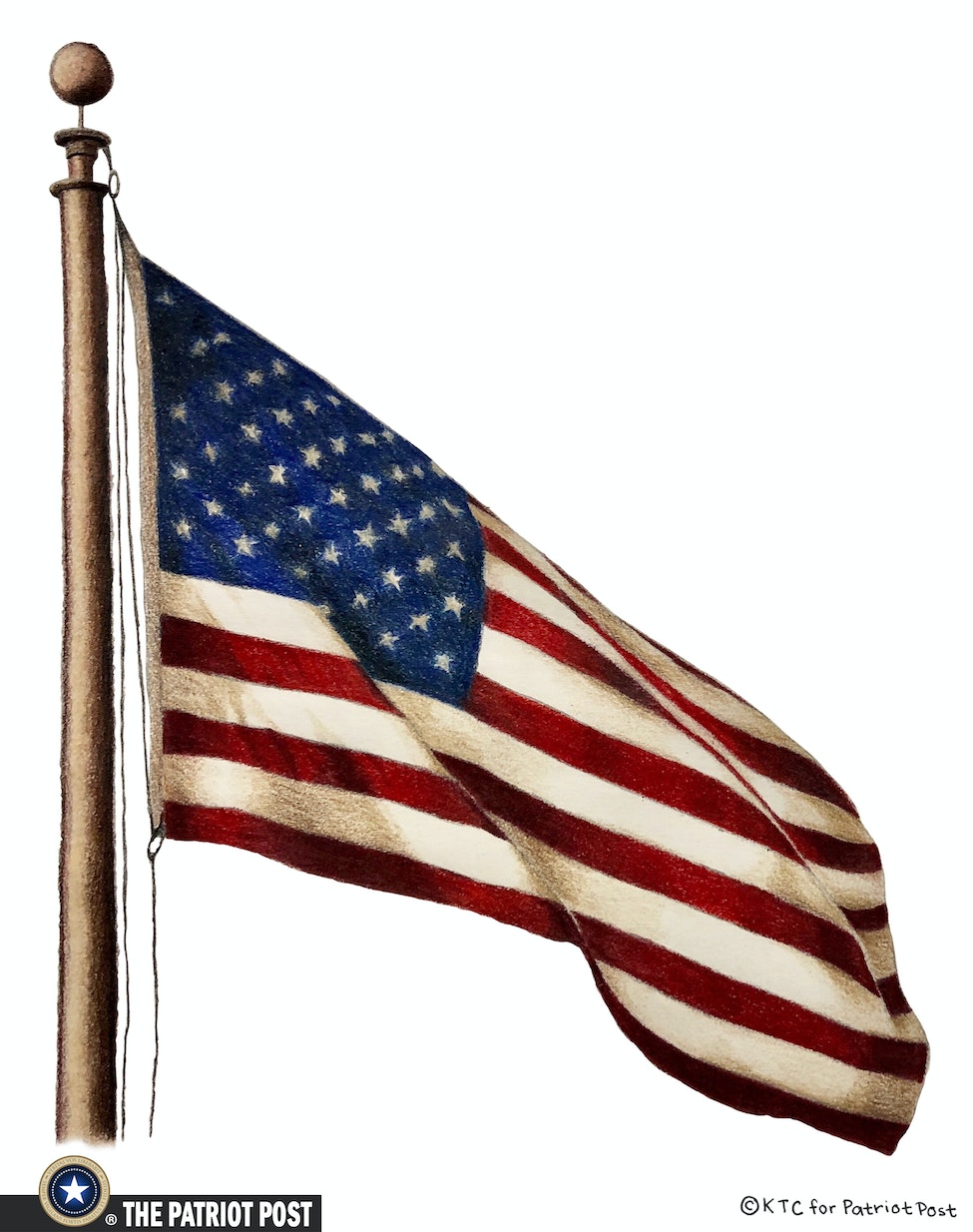 June 14 is Army and Flag Day, celebrating the anniversary of the founding of the United States Army on June 14, 1775 and the adoption of our flag by the Second Continental Congress on June 14, 1777.

Our flag is a beacon of Liberty, a symbol of hope for all people who “hold these truths to be self-evident, that all men are created equal, that they are endowed by their Creator with certain unalienable Rights, that among these are Life, Liberty and the pursuit of Happiness. That to secure these rights, Governments are instituted among Men, deriving their just powers from the consent of the governed — that whenever any Form of Government becomes destructive of these ends, it is the Right of the People to alter or to abolish it…”

We American Patriots honor the history of our national flag and display it with pride. We believe those who denigrate our flag — and by extension our nation — deeply offend the honorable service of all who have defended our nation under its banner, and their families.

We invite you to take time and read about the history of our flag and learn more about proper flag etiquette and protocol.

We encourage you to obtain copies of I’m Your Flag for elementary school children in your family and community. As Medal of Honor recipient and former POW Leo Thorsness observed, “It is a fitting tribute to our national banner and a great resource for young Americans.”

Flag Day serves as an annual reminder to replace your flag with the highest-quality American-made U.S. flags, available from our Patriot Post Shop. When we send your new flag, it will include packing to return your old flag for proper retirement.

Also on June 14, 1775, the Continental Congress directed “six companies of expert riflemen be immediately raised in Pennsylvania, two in Maryland, and two in Virginia.” Each company consisted of “a captain, three lieutenants, four sergeants, four corporals, a drummer or trumpeter and sixty-eight privates.” Finally, “Each company … shall march and join the army near Boston, to be there employed as light infantry, under the command of the chief Officer in that army.”

The next day, George Washington was appointed commander of the Continental Army, which later became the U.S. Army.

As the Army and its fellow service branches continue to lead the way defending Liberty under our proud national banner, join us in prayer for all of our military Patriots standing in harm’s way, and their families awaiting their safe return.