A ‘Living Constitution’ for a Dying Republic

“WE, the People of the United States, in order to form a more perfect union, establish justice, insure domestic tranquility, provide for the common defence, promote the general welfare, and secure the blessings of liberty to ourselves and our posterity, do ordain and establish this Constitution for the United States of America. … Done…the seventeenth day of September, in the year of our LORD one thousand seven hundred and eighty seven.” –George Washington and the delegates (1787) 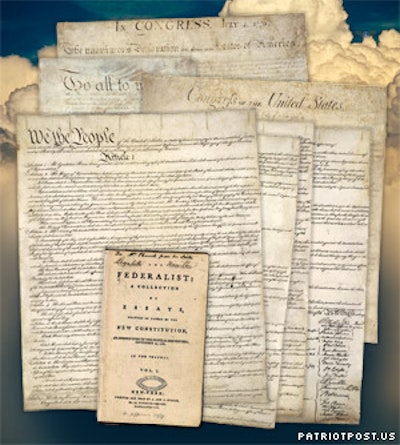 On 17 September of each year, we observe Constitution Day, in recognition of the anniversary of that venerable document’s signing by our nation’s Founders. Of course, many of those occupying the Executive, Legislative and Judicial Branches of our federal government today, pay no homage to that date, and few honor their solemn oaths “to Support and Defend” our Constitution. They are preoccupied rewriting the so-called “living constitution,” amending it by legislative encroachment and particularly by judicial diktat rather than its prescribed method in Article V.

For its first 150 years (with the notable exception Marbury v. Madison in 1803), our Constitution stood as our Founders, and more importantly, “the people,” intended – as is – in accordance with its original intent. In other words, it was interpreted exegetically rather than eisegetically, textually as constructed, not what could be erroneously read into it by later generations of legislators and jurists. As such, it enshrined the primacy of Essential Liberty and the Rule of Law over the rule of men.

In the early 20th Century, there was still evidence of reverence for the supreme law of the land. For example, prohibitionists acknowledged that the Constitution did not include a single word about alcohol consumption and would have to be amended before the central government would have the authority to outlaw alcohol. On 16 January 1919, the 18th Amendment was ratified by the states. Within the decade the law of unintended consequences prevailed, and even ardent prohibitionists realized that enforcing the 18th Amendment had spawned a massive and violent organized-crime culture. Thus, on 5 December 1933, the 21st Amendment was ratified, repealing the 18th.

Prior to Franklin D. Roosevelt’s administration, the most egregious assault on our Constitution was that orchestrated by Abraham Lincoln in 1861. But the courts were still largely populated with originalists, who properly rendered legal interpretation based on construction of the Constitution’s “original intent.”

However, FDR grossly exceeded the Constitutional limits upon the authority of his office and that of the legislature in his folly to end The Great Depression (which concluded with World War II – not FDR’s social and economic engineering). FDR’s extra-constitutional exploits opened the door for the judiciary to follow the same path – to read into the Constitution what was necessary to make it conform to the demands of the prevailing political will.

In the decades that followed, the notion of a “Living Constitution,” one subject to all manner of judicial interpretation, took hold in the federal courts. Judicial activists, those who legislate from the bench by issuing rulings based on their personal interpretation of the Constitution, or at the behest of likeminded special-interest constituencies, were nominated for the federal bench and confirmed in droves.

This degradation of law was codified by the Warren Court in Trop v. Dulles (1958). In that ruling, the High Court noted that the Constitution should comport with “evolving standards…that mark the progress of a maturing society.” In other words, it had now become a fully pliable document.

Indeed, the Constitution has become “a mere thing of wax in the hands of the judiciary which they may twist and shape into any form they please,” as Thomas Jefferson warned, and the judiciary, in Jefferson’s words, “the Despotic Branch”: “[T]he opinion which gives to the judges the right to decide what laws are constitutional and what not, not only for themselves, in their, own sphere of action, but for the Legislature and Executive also in their spheres, would make the Judiciary a despotic branch.”

Consequently, we now have a Constitution in exile, it having becoming little more than a straw man as the courts have become increasingly politicized, serving the special interests of political constituencies rather than interpreting the plain language of our Constitution, as judges are, by oath, sworn to do (Article VI, Section 3).

In regard to the role of the judiciary, Federalist Paper No. 73, notes, “Judges…by being often associated with the Executive…might be induced to embark too far in the political views of that magistrate, and thus a dangerous combination might by degrees be cemented between the executive and judiciary departments. It is impossible to keep the judges too distinct from every other avocation than that of expounding the laws. It is peculiarly dangerous to place them in a situation to be either corrupted or influenced by the Executive.”

Federalist No. 78 further notes, “[The Judicial Branch] may truly be said to have neither FORCE nor WILL, but merely judgment…liberty can have nothing to fear from the judiciary alone, but would have everything to fear from its union with either of the other departments.”

And in no uncertain terms, Federalist No. 81 makes abundantly clear, “[T]here is not a syllable in the [Constitution] which directly empowers the national courts to construe the laws according to the spirit of the Constitution….”

George Washington advised, “The basis of our political systems is the right of the people to make and to alter their Constitutions of Government. But the Constitution which at any time exists, ‘till changed by an explicit and authentic act of the whole People is sacredly obligatory upon all.”

Today, two centuries hence, Justice Antonin Scalia says of judicial activism, “As long as judges tinker with the Constitution to 'do what the people want,’ instead of what the document actually commands, politicians who pick and confirm new federal judges will naturally want only those who agree with them politically.”

The most insidious line of activist interpretations concerns our Constitution’s First Amendment. Invoking Jefferson’s “Wall of Separation” myth as addressed in his Letter to the Danbury Baptists, the Despotic Branch has endeavored to remove any vestigial remnant of faith from all quarters of the public square at the federal, state and local level.

Of course, the First Amendment states only that “Congress shall make no law respecting an establishment of religion, or prohibiting the free exercise thereof…”

In the words of the late Supreme Court Chief Justice William Rehnquist, “The wall of separation between church and state is a metaphor based upon bad history, a metaphor which has proved useless as a guide to judging. It should be frankly and explicitly abandoned. … The greatest injury of the ‘wall’ notion is its mischievous diversion of judges from the actual intention of the drafters of the Bill of Rights.”

The errant interpretation of the “wall” metaphor, often fallaciously in the name of “religious liberty,” is in fact, an egregious assault on Liberty and the Unalienable Rights of Man, as defined by the most essential words in our Declaration of Independence in its assertion that “life, liberty and the pursuit of happiness” are irrevocably “Endowed by Our Creator,” not by man (government). 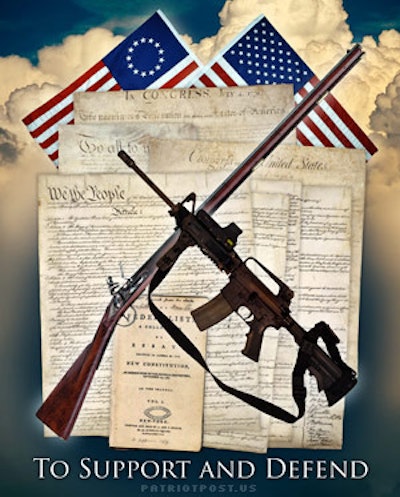 As Jefferson wrote two years before the Declaration’s signing, “The God who gave us life gave us Liberty. Can the liberties of a nation be secure when we have removed a conviction that these liberties are the gift of God? Indeed I tremble for my country when I reflect that God is just, that His justice cannot sleep forever.”

Likewise, our Constitution was written and ratified “in order secure the Blessings of Liberty to ourselves and our Posterity.” As such, it established a republic ruled by laws, not men.

Indeed, as Alexander Hamilton wrote, “The sacred rights of mankind are not to be rummaged for, among old parchments, or musty records. They are written, as with a sun beam, in the whole volume of human nature, by the hand of the divinity itself; and can never be erased or obscured by mortal power.”

However, if the expression of faith is banished from all government forums, not the least of which being schools, then how long will “the people” continue to understand that these “inalienable rights” are, in Jefferson’s words, “the gift of God”?

George Washington proclaimed, “[W]here is the security for property, for reputation, for life, if the sense of religious obligation deserts the oaths…?”

That is a question we should all be asking today.

While the words “conservative” and “liberal” are ubiquitously used to describe Republicans and Democrats respectively, these words properly should describe whether one advocates for the conservation of our Constitution, as originally intended, or its liberal interpretation by judicial activists. Does one want to conserve Constitutional limits on the central government, or liberate those limits?

Our Constitution established a Republic intended to reflect the consent of the governed, a nation of laws, not men. Article IV, Section 4 state unambiguously, “The United States shall guarantee to every state in this union a republican form of government…”

At the close of the Constitutional Convention in Philadelphia, Benjamin Franklin was asked if the delegates formed “a republic or a monarchy.” He responded, “A republic if you can keep it.”

To that end, John Adams wrote, “A Constitution of Government once changed from Freedom, can never be restored. Liberty, once lost, is lost forever.”

The greatest threat to that Freedom and Liberty, is from Socialist Democrat Party and there cast of Leftist NeoCom cadres. It is our mission to defend Liberty against their relentless assault at all cost.

We invite you to observe Constitution Day by visiting an excellent resource on our nation’s heritage. Link to The Patriot’s Historic Documents, and see our excellent selection of Constitutional items at our Patriot Shop

Joe Biden Is Toxic Even to Democrats

“I have sworn upon the altar of God, eternal hostility against every form of tyranny over the mind of man.” —Thomas Jefferson (1800)