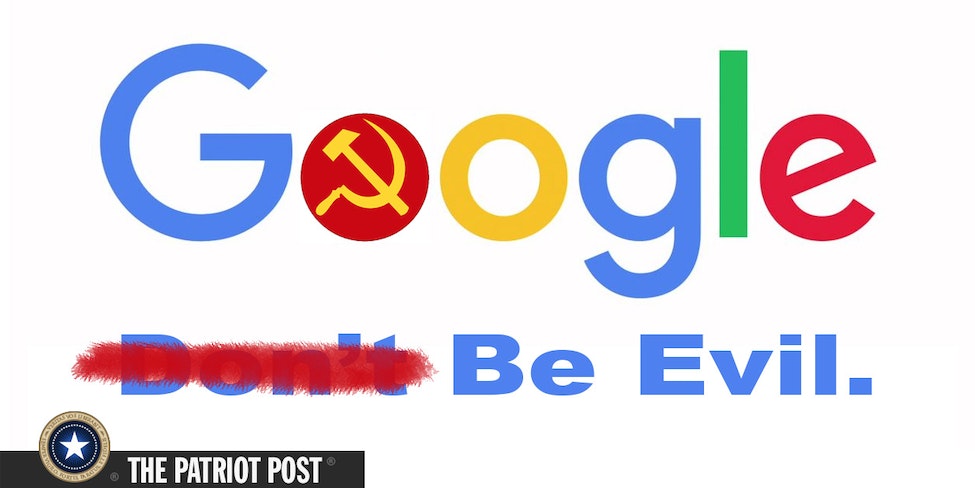 In a revelation that should surprise no one, internal documents show that Google manually manipulates its search results. “Two official policies dubbed the ‘misrepresentation policy’ and the ‘good neighbor policy’ inform the company’s ‘XPA news blacklist,’ which is maintained by Google’s Trust & Safety team,” the Daily Caller reports.

The information obtained from the policy documents is damning. Google’s Trust & Safety team “will be in charge of updating the blacklist as when there is a demand,” and a “deceptive_news domain blacklist is going to be used by many search features to filter problematic sites that violate the good neighbor and misrepresentation policies.” That blacklist will “bar the sites from surfacing in any Search feature or news product. It will not cause a demotion in the organic search results or de-index them altogether.”

In other words, sites that offend the sensibilities of Google’s tech team will not be completely removed from the “ten blue links” portion of search results. But other search features, such as “top news,” “videos,” or various sidebars that are often returned as part of search results, will be censored.

All of the above seemingly contradicts sworn testimony given by Pichai at a meeting of the House Judiciary Committee last December. “I lead this company without political bias and work to ensure that our products continue to operate that way,” Pichai said in his opening statement. “To do otherwise would go against our core principles and our business interests.”

At the same meeting, Rep. Jerrold Nadler (D-NY) outlined the core “principles” of the Democrat Party. “Before we delve into these questions, I must first dispense with a completely illegitimate issue, which is the fantasy, dreamed up by some conservatives, that Google and other online platforms have an anti-conservative bias,” he asserted. “As I have said repeatedly, no credible evidence supports this right-wing conspiracy theory.”

Rep. Zoe Lofgren (D-CA) apparently didn’t get the proverbial memo. She asked Pichai why searching for the word “idiot” returned a photo of President Donald Trump. Pichai remained adamant, answering, “This is working at scale. We don’t manually intervene on any particular search result.”

Rep. Lamar Smith (R-TX) was even more direct. “Conservative individuals and organizations have had their pro-Trump content tagged as ‘hate speech,’ or had their content reduced in search results,” he stated, citing studies that showed such bias.

Pichai insisted all the studies were flawed. “We found issues with the methodology and the sample sizes and so on, but let me step back and say providing users high-quality and trusted information is sacrosanct to us.”

PJ Media’s study was anecdotal, but troubling nonetheless. A search for “Trump” using the “News” tab prioritized left-leaning news sites, with no right-leaning site making it to the first page of results. Moreover, in the first 100 results, left-leaning sites comprised 96% of the total returns.

Yet a far more extensive study of 1,200 URLs was conducted by San Francisco SEO company Can I Rank. Researchers looked at high-ranking Google sites that included politically charged keywords such as “gun control, ” “abortion,” and “Black Lives Matter.” Despite Pichai’s assertions, they discovered that “top search results were almost 40% more likely to contain pages with a ‘Left’ or ‘Far Left’ slant than they were pages from the right.” In fact, the website reported, “16% of political keywords contained no right-leaning pages at all within the first page of results.”

Another study conducted by Harvard-trained psychologist Dr. Robert Epstein reveals that Google’s “autocomplete” function, which finishes a word or phrase one is presumed to be completing, engendered few negative search queries for Hillary Clinton, when compared with Bernie Sanders, Trump, and other GOP primary candidates. Epstein believed such bias could have accounted for the shift of approximately 2.6 million votes toward Clinton.

In another op-ed column, Epstein illuminated eight other of Google blacklists he is aware of: Google Maps, YouTube, Google accounts (Gmail, Google Docs, Google+, YouTube, Google Wallet, and others), Google News, Google AdWords, Google AdSens, Google’s search engine, and its quarantine list. “You may disagree, but in my view Google’s blacklisting practices put the company into the role of thuggish internet cop — a role that was never authorized by any government, nonprofit organization or industry association,” he concludes.

An internal discussion thread leaked to Breitbart News also speaks to this thuggery. “The term ‘abortion’ was added to a ‘blacklist’ file for ‘controversial YouTube queries,’ which contains a list of search terms that the company considers sensitive,” the website explains. “According to the leak, these include some of these search terms related to: abortion, abortions, the Irish abortion referendum, Democratic Congresswoman Maxine Waters, and anti-gun activist David Hogg.”

Google’s “sensitivity” isn’t just Internet-related. Earlier this year, it formed a new advisory council on Artificial Intelligence (AI). Heritage Foundation president and conservative Kay Coles James was invited to join. That was an affront to 2,500 Google employees who signed a “Googlers Against Transphobia and Hate” petition seeking James’s ouster, describing her appointment as a “weaponization of the language of diversity.”

“But the Google employees didn’t just attempt to remove me; they greeted the news of my appointment to the council with name-calling and character assassination,” James herself explained. “They called me anti-immigrant and anti-LGBTQ and a bigot. That was an odd one, because I’m a 69-year-old black woman who grew up fighting segregation.”

It didn’t matter. In a shameful display of cowardice, Google ousted James … and disbanded the board.

Columnist Jeffery Lord, who writes for the American Spectator — a 52-year-old mainstream conservative magazine banned by Google — spells out the company’s real agenda. Google is “a high-tech giant run by and for would-be left-wing tech totalitarians,” he writes.

Unfortunately, taking on Google and other equally biased tech titans is problematic. As private companies they can do what they want. Moreover, since Pichai is an elitist “in crowd” member, his chances of being held accountable for lying to Congress are virtually nil.

What to do? Columnist Roger Simon proposes government deregulation. “Legislation could be passed forbidding social media from keeping anybody out, censoring anybody, excepting a very few people such as child pornographers, already against the law,” he writes.

Keeping people out? How about dealing people in? Like copyright protections, Congress should pass a law requiring tech giants to compensate Americans for using their personal data. That data, which Google and other tech giants currently get for free, generate multibillion-dollar revenue streams. Revenue streams that have made them the most powerful and influential entities in the history of man.

That contemptible status quo must be forcefully challenged — while it’s still possible.