Big developments with investigations into the Obama-era FBI’s possible corruption. 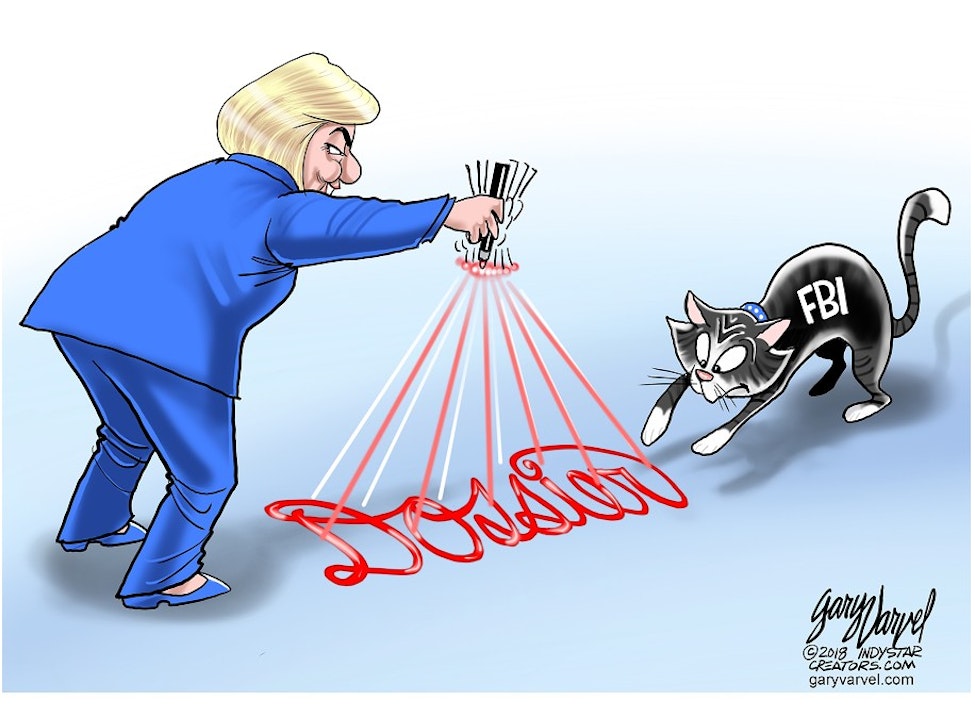 More details surrounding the deep-state conspiracy to oust President Donald Trump via the dubious investigation into “Russian collusion,” otherwise known as Crossfire Hurricane, keep coming to light. There’s a lot to unpack, but the basic gist is that members of the FBI knew that, despite months of investigating, there was no solid evidence supporting the collusion allegations, and yet leadership elected to continue pursing it after Trump’s election.

Following a court-records filing from Michael Flynn’s attorney, Sidney Powell, a trove of text message between FBI agents working the probe has been made public. The texts show agents expressing surprise and concern after learning that the investigation into Flynn, dubbed Crossfire Razor, had been ordered to remain open. It’s clear from the texts that agents believed there was no evidentiary justification for the decision. Indeed, agents were so concerned about the problematic nature of the decision that they sought to protect themselves by purchasing liability insurance. Investigative journalists Sean Davis and Mollie Hemingway have done good work in providing context to the text messages between FBI agents.

The following is a text exchange after agents learned that the Flynn investigation would remain open:

“So razor is going to stay open???” an agent wrote on Jan. 5.
“[Y]ep,” another FBI agent responded. “[C]rimes report being drafted.”
“F,” the first agent wrote back.
“[W]hat’s the word on how [Obama’s] briefing went?” one agent asked, referring to the Jan. 5 meeting.
“Dont know but people here are scrambling for info to support certain things and its a mad house,” an FBI agent responded.
“[J]esus,” an agent wrote back. “[T]rump was right. [S]till not put together….why do we do this to ourselves. [W]hat is wrong with people[?]

In another series of texts, agents expressed their dismay that FBI leadership was focused on chasing after "rabbit holes and conspiracy theories” instead of hard evidence. In a text message dated August 11, 2016, shortly after the FBI opened the Crossfire Hurricane investigation, an agent texted, “[Do]ing all this election research — I think some of these guys want a [C]linton presidency.”

On top of the text messages, it was revealed last night that Christopher Steele’s primary sub-source for information to compile his dubious dossier — the same Hillary Clinton-funded dossier the FBI used to obtain its FISA warrant to surveil former Trump adviser Carter Page — was Russian lawyer Igor Danchenko, an individual the FBI had classified as a “threat to national security” because he was suspected of being a Russian agent. To make matters worse, the FBI learned who Steele’s primary sub-source was back in December 2016. And proceeded anyway.