A bunch of Obama retreads promise to bring in the same failed record from four years ago. 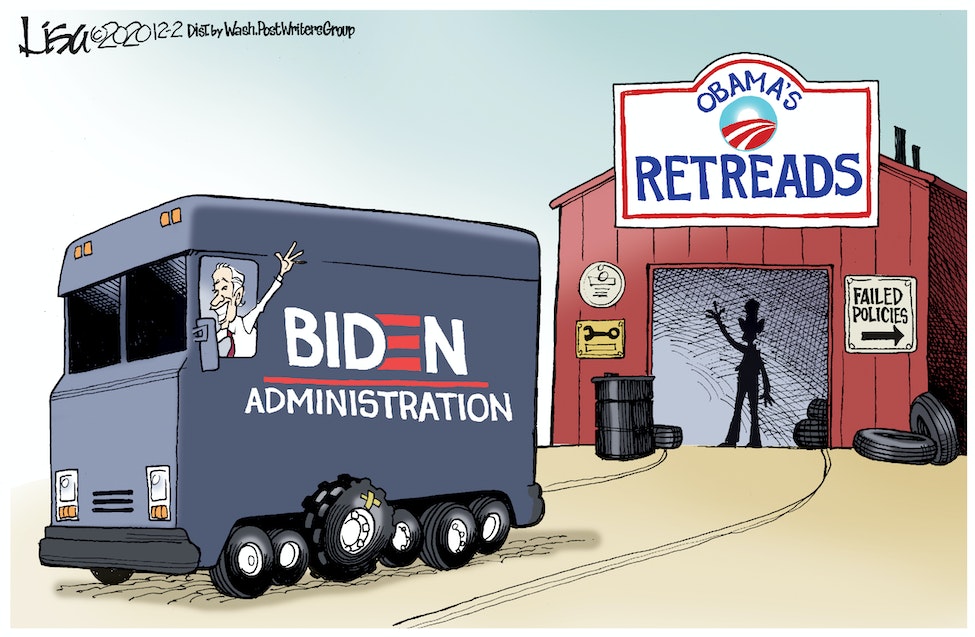 We’ve noted more than once that Joe Biden’s foreign policy will not only be very different from Donald Trump’s but will undo much of Trump’s stellar success. You’ve also heard it said that personnel is policy. So here’s a look at the personnel Biden wants to bring (back) to the swamp.

“We have no time to lose when it comes to our national security and foreign policy,” Biden said when discussing the Obama retreads populating his foreign policy team. “I need a team ready on Day One to help me reclaim America’s seat at the head of the table, rally the world to meet the biggest challenges we face, and advance our security, prosperity, and values.”

Well, as former Defense Secretary Robert Gates said of Biden, he’s been “wrong on nearly every major foreign policy and national security issue over the past four decades.” So it’s unlikely he’ll pick the right people for his team.

Not all the players have been announced, and we’re a long way from January 20 in any case. But let’s start with the State Department, where Biden has tapped Antony Blinken to replace Mike Pompeo.

Blinken served as deputy national security adviser and deputy secretary of state in the Obama administration and is a lefty from Barack Obama’s Lead From Behind™ School of Diplomacy. Blinken embraced the Iran nuclear deal. He pushed for more American troops in Syria and backed Obama’s disastrous misadventure in Libya. He’s a Russia-collusion hoaxer. Like Biden, he has unexplained ties to China. Yet as with so many creatures of the Left who are wrong on virtually every issue, Blinken is failing upward to the serve as one of the president’s most prominent Cabinet officials.

Jake Sullivan is Biden’s choice for national security advisor. He was Biden’s NSA during the last administration, and before that he was Secretary of State Hillary Clinton’s deputy chief of staff. He too was a fanboy of the Iran nuclear deal — in fact, he was said to be “instrumental in shaping” that deal. On Clinton’s bogus Steele dossier, Sullivan was a true believer: “I believe that [the Steele dossier] is perfectly appropriate and responsible if we get wind or people associated with the campaign get wind that there may be real questions about the connections between Donald Trump, his organization, and Russia that that be explored fully. At this point, we’re finding out more and more that’s deeply troubling.”

As for the United Nations, the ambassadorship will go to Linda Thomas-Greenfield. She’s more concerned with social justice and putting America in its place (which is down a few pegs) than she is in advancing our interests internationally. As she herself wrote, “The contours of a new agenda for diplomatic reform have to flow from a sensible reinvention of the United States’ role in the world. … U.S. diplomacy has to accept [this] country’s diminished, but still pivotal, role in global affairs. It has to apply greater restraint and discipline; it must develop a greater awareness of the United States’ position and more humility about the wilting power of the American example.”

“Diminished.” “Wilting.” If that doesn’t describe Biden’s foreign policy (or pretty much anything else), we don’t know what does.

Speaking of diminished and wilting, however, Biden has tapped John Kerry to serve as his climate czar, a position that does not need Senate confirmation but will be part of his national security team. Lumping climate with national security gives you an idea of leftist priorities.

On a final note, given that China is our number one national security threat, the most alarming thing about Biden’s team — and Biden himself — is the rampant and deep ties to China and the people at every level, all the way up to the “Big Guy” himself.

Update: See here for our coverage of Biden’s pick for the Pentagon, General Lloyd Austin.

Honoring the Service and Sacrifice of Those Who Have Earned It