Officer Ella French is the first female police officer to be killed in Chicago since 1988.

Police officers have been viciously under attack ever since they became the brunt of the Left’s fallacious “systemic racism” lies. These attacks really gained traction after the death of unworthy martyr George Floyd last year. The Marxist Black Lives Matter radicals and the antifa movement fascists called for the defunding of police — a battle cry that was echoed among Democrats in the halls of Congress. Needless to say, being a police officer has become an even more dangerous and thankless job. And yet, these selfless men and women still seek to protect and serve the communities where some have turned their backs on cops.

This past weekend, Chicago media reported that, in less than a 24-hour period, nearly four dozen people were shot, seven of whom died. (They are among Chicago’s 105 murders in July, and the 445 so far in 2021.) One of the victims was a police officer attacked by two brothers while making a traffic stop. Her partner was also seriously injured and remains in the hospital.

Officer Ella French is the first female officer to be killed since 1988. Mayor Lightfoot went to the University of Chicago Medical Center, where the police officers were hospitalized – for a what amounted to a photo-op. The father of the surviving police officer berated and blamed Lightfoot for the tragedy. Furthermore, when the Lightfoot began to speak in her own defense, as a sign of protest and disgust, police officers turned their backs on her.

This response is perfectly natural given that cops feel neither appreciated nor supported in their efforts to protect the city. In fact, Chicago has long had a problem with crime and high murder rates, and Chicago Mayor Lightfoot and her policies have had little impact in stopping the violence. Despite Mayor Lightfoot’s claim that she doesn’t support defunding police, in October 2020, she proposed a budget cut of $80 million from the police. Her reasoning was ostensibly to help dig the city out of its financial hole, which supposedly gives her the moral high ground to continue claiming that she is not in favor of defunding the police. Hmph.

In a press conference statement, Lightfoot said: “Of course we need to continue the journey to achieve constitutional and accountable policing. That cannot be a debate at this point. But let me also reiterate what I’ve said before and what I know to be true. The police are not our enemies. They’re human, just as we are. Flawed, just as we are. But also risking their lives every day for our safety and security.” Too little, too late.

Lightfoot went on to declare, “We have a common enemy: It’s the guns and the gangs.” This is ironic since Illinois and Chicago in particular have very strict gun control laws. Blaming the violence on a tool instead of solely on the perpetrators of the crime is a cop-out. The real enemy is bad policy, and the more it’s ignored, the more cops are going to get out of Chicago — and elsewhere.

Footnote: See our End of Watch tribute page to all of our fallen officers. 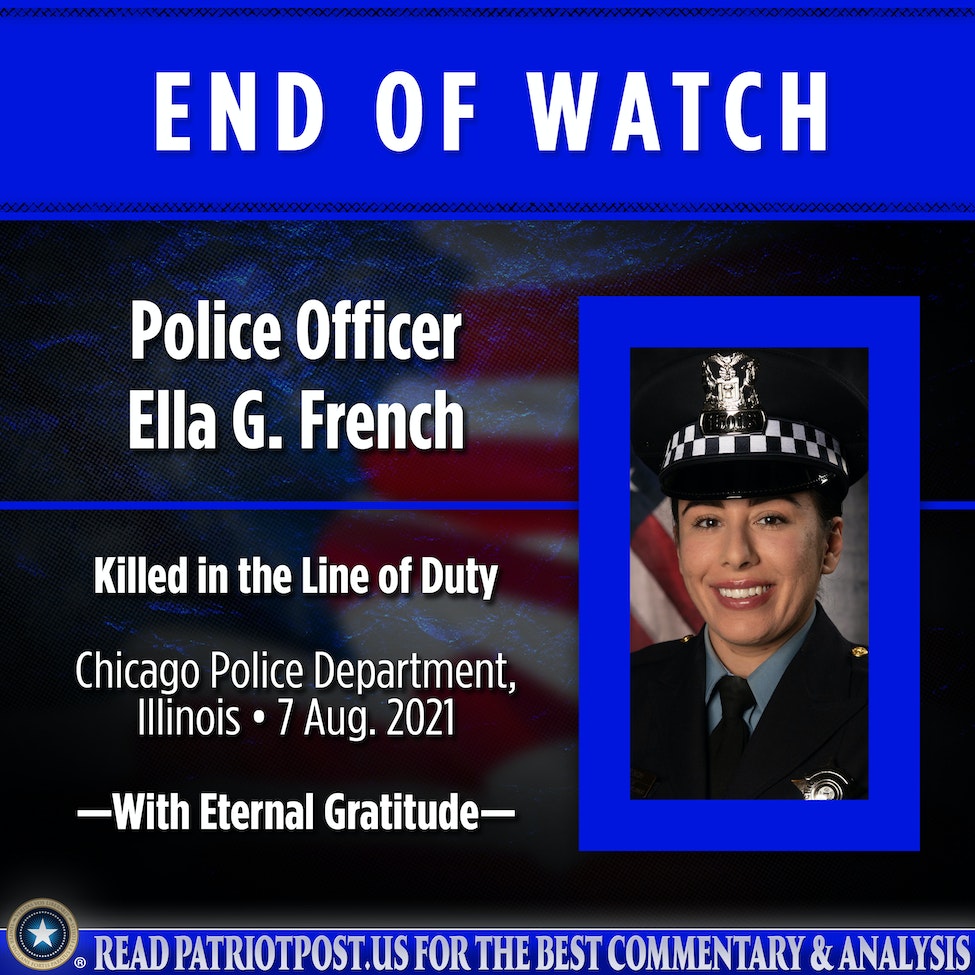