The exoneration of a Capitol cop for the killing of an unarmed Trump supporter is the embodiment of two-tiered justice.

It looks like Democrats will get their wish — at least insofar as criminal justice is concerned.

The Capitol cop who fatally shot Babbitt in the U.S. Capitol during the January 6 riot has been formally exonerated after an internal investigation. According to a memo from the commander of the Capitol Police Office of Personal Responsibility, “no further action will be taken in this matter.” Case closed?

“The bravery shown by the Lieutenant in organizing and coordinating the defense of the House and its members and staff was nothing short of heroic,” said the officer’s lawyer, Mark Schamel. “The Lieutenant’s conduct saved lives and helped to end the violent insurrection.”

We’re not sure the conduct of the officer, who we believe to be Lt. Michael Byrd, saved any lives, and we have no idea how his lawyer could make such a ridiculous claim. (Maybe this is why Shakespeare’s Dick the Butcher said, “The first thing we do, let’s kill all the lawyers.”)

The Babbitt family’s lawyer had no comment, but the family plans to file a $10 million wrongful death suit against the Capitol Police, so the Democrats’ desire to sweep her death under the rug may not happen just yet.

Think about it: The former apparently warrants rioting, looting, arson, and worldwide outrage; months-long protests over the phony charge of police officers gunning down unarmed black men; a memorial site named in honor of the deceased; the shaking down of corporations for more than $1 billion by Marxist grifters calling themselves Black Lives Matter; the coughing up of a cool $27 million to the family of the victim just prior to the cop’s show trial; and the vilification, prosecution, and 22-year prison sentence for the cop.

Did we miss anything?

The latter, though, which involved the shooting and killing of a 110-pound white woman and a 14-year Air Force veteran by a black cop, warrants a quiet cover-up and a lack of transparency by the internal “investigators,” the refusal to publicly divulge the offending officer’s name, and an utter lack of curiosity from the media gatekeepers about a politically charged and patently unnecessary shooting. As our Mark Alexander, himself a former cop, has pointed out:

What’s clear from the videos is that there were four uniformed officers within feet of Babbitt, at least four additional heavily armed riot police, and one or more plain-clothed officers — none of whom made an effort to prevent her attempt to climb through the broken window of the door where she was shot. There is no apparent justification for the officer’s actions, and it was fortunate that none of the other officers behind Babbitt were injured by that gunshot.

Unlike every other officer-involved shooting anywhere, there has been no public information released about the investigation of Babbitt’s shooter or the circumstances justifying that shooting — not the name of the officer involved, and not a shred of information about the motive or competence of the officer involved. For that reason, there is no reason to trust the decision to exonerate that officer, especially given the political influence of the Biden/Harris regime in that investigation. 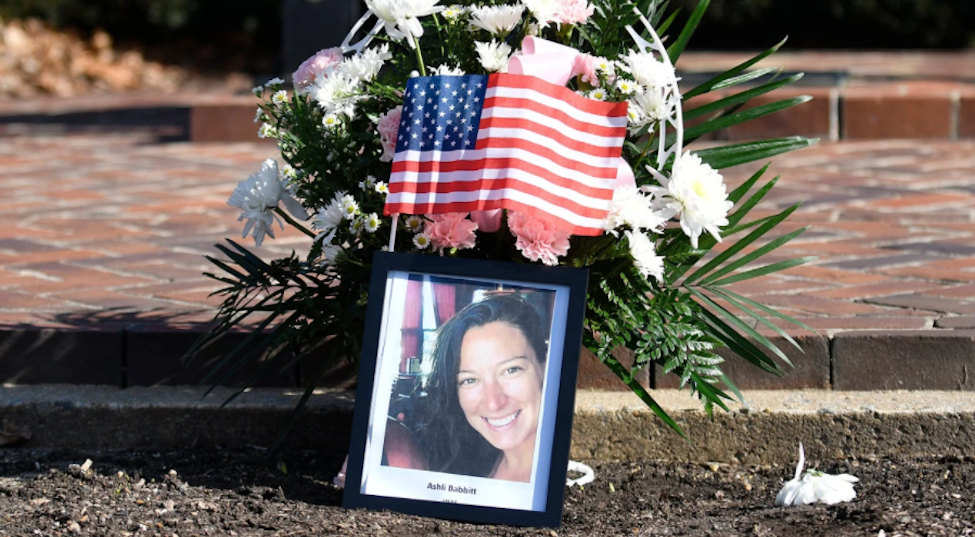 In Brief: Elections Will Never Be Fair When…