There is nothing preventing the USCP from releasing the full investigative report with the name of Ashli Babbitt’s shooter redacted.

“There is also in human nature a resentment of injury, and indignation against wrong. A love of truth and a veneration of virtue.” —John Adams (1775)

I was dumbstruck this week after reading an article claiming, “Reporters Who Survived the Capitol Riot Are Still Struggling.” Typical of the strugglers was PBS NewsHour correspondent Lisa Desjardins, who lamented, “I’m still not sleeping like I used to, even to this day.” Bloomberg News reporter Erik Wasson felt, “It was traumatizing.” Veteran Capitol Hill reporter John Bresnahan says: “I can’t tell you how many conversations I’ve had with reporters [claiming] ‘I don’t know if I want to do this anymore.’ Anyone who doesn’t want to come up here again, I don’t blame them at all, even a little bit, one iota.”

Would these emotionally incontinent snowflakes have you believe their experience was tantamount to that of combat veterans who have endured relentless war-zone firefights, and brothers bleeding out in their arms? Would these “survivors” have you believe they had been caught in the crossfire of the endless violent and deadly urban riots Democrats seeded nationwide in 2020?

Apparently, many of these scribes experienced something that was well outside of their comfort zones and, consequently, are in need of therapy for manifestations of Post Traumatic Stress Disorder. Given that Nancy Pelosi’s Capitol barricade political props are finally being dismantled, they may never feel the Capitol is a safe space again.

To be clear, the Capitol riot was a disgraceful event, and there were some violent people involved who in no way represent Donald Trump’s tens of millions of supporters across the nation.

But for the record, there was only one shot fired that day — a shot that killed an unarmed 110-pound Air Force veteran, a woman named Ashli Babbitt. I have written at length about the circumstances of her death and about the fact that investigators closed the shooting review without releasing any details to the public.

Unlike every other officer-involved shooting anywhere, there has been no public information released about the investigation of Babbitt’s shooter or the circumstances justifying that shooting — not the name of the officer involved, and not a shred of information about the motive or competence of the officer involved. For that reason, there is no reason to trust the decision to exonerate that officer, especially given the political influence of the Biden/Harris regime in that investigation.

Until this week, the only public knowledge about Ashli’s death was in the graphic videos of the shooting here, here, and here — which clearly show the circumstances from her side of the door before and after her death.

What’s clear from the videos is that there were four uniformed officers within feet of Babbitt, at least four additional heavily armed riot police, and one or more plain-clothed officers — none of whom made an effort to prevent her attempt to climb through the broken window of the door where she was shot. There is no apparent justification for the officer’s actions, and it was fortunate that none of the other officers behind Babbitt were injured by that gunshot.

In the weeks following the “exoneration” of that officer, Pelosi and Chuck Schumer desecrated the death of U.S. Capitol Police (USCP) officer Brian Sicknick, using his funeral as a political fodder to promote Pelosi’s call for a “9/11-type commission,” ostensibly to keep their Capitol riot narrative going strong. The fact that Pelosi dared compare the Capitol riot with the 9/11 Islamist attack on our country was indicative of the drama she planned.

Wisely, Republicans blocked that charade in May, but a month later Pelosi established a House committee to investigate the “insurrection,” noting, “The timeline will be as long as it takes for them … to do the investigation of the causes of this … the white supremacy, the anti-Semitism, the Islamophobia, all of the rest of it.” That will be a feeder for Joe Biden’s assertion that the nation is being besieged by “white supremacists.” 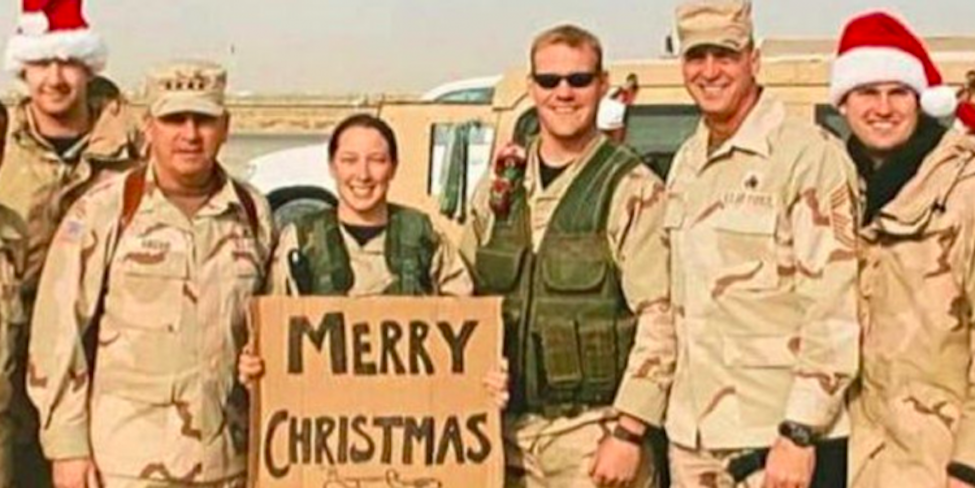 Here is what we now know about the officer who shot and killed Ashli Babbitt.

In late January, based on information then, our staff discussed the possibility that her shooter was a Capitol Police officer named Lt. Michael Byrd. At that time, given the pending investigation, it would have been irresponsible to publish such speculation. We determined we should wait on the outcome of that investigation, despite the video evidence calling into question justification for the shooting.

On 25 February, the then-acting House Sergeant of Arms, in video testimony, referred to the man who shot Babbitt as “Officer Byrd.” But we still were determined to wait on the investigation findings, because the USCP declared, “The Department will share additional information once the investigation is complete.”

Of course, in April, we then learned that those findings would be sealed from any public inquiry or scrutiny, other than the conclusion that there was “no evidence to establish beyond a reasonable doubt that the officer willfully committed a violation.” However, it became clear that if Byrd, a Black USCP officer, killed Babbitt, an unarmed White woman, that will have broader implications regarding the Biden administration’s unprecedented concealment of the investigation.

In May there was speculation that the plain-clothed officer might have been a Secret Service agent, but the original statement by USCP on 07 January confirmed that “a sworn USCP employee discharged their service weapon, striking an adult female.” Further, the Department of Justice news release about the incident unequivocally stated that it was a “U.S. Capitol Police officer involved in the fatal shooting of 35-year-old Ashli Babbitt.”

In June, when Babbitt’s family filed suit to determine the identity of the officer who killed her, as well as the circumstances leading to that lethal use of force, their lawyer noted in an interview that they knew the officer involved was the same officer who had left a loaded handgun in a Capitol restroom. That was also an incident linked to Lt. Byrd, who was investigated for that incident in February of 2019.

The USCP has been exempted by Congress from Freedom of Information Act requests, thus the Babbitt family is suing the DC Police, which conducted the investigation, “for documents that identify the officer who shot Babbitt … as well as notes and summaries of what the officer said regarding the shooting and the reasons he discharged his weapon.” Notably, the DC Police would be required by law to reveal the officer’s identity if he were one of its own.

At the time, Byrd suggested to other officers that he would “be treated differently” and questioned later about the incident. USCP Communications Director Eva Malecki insisted, “Appropriate actions will be taken,” but it’s not clear what if any actions were taken because the USCP is not required to disclose the results of misconduct investigations. (This despite the fact that more than 700 complaints have been filed against USCP officers in recent years.)

In congressional testimony on 15 June, Rep. Paul Gosar (R-AZ) asked FBI Director Christopher Wray, “Do you know who executed Ashlie Babbitt?” Shockingly, Wray responded, “No, I do not know the name of the person involved in the Ashli Babbitt shooting.” Are we to believe that when the DoJ investigates a high-profile shooting in the nation’s Capitol building, the FBI director has not reviewed those findings?

Gosar: “Why hasn’t that officer who executed Ashli Babbitt been named when police officers around the country are routinely identified after a shooting?” Wray: “I won’t comment on that case. It’s not something we’ve been directly involved in so I can’t agree or disagree with your characterization.”

Gosar: “Do you approve of lethal force against unarmed citizens, especially 110-pound women with no warning, no prior use of nonlethal force?” Wray: “Not going to try to answer a hypothetical, especially one based on a case…”

Gosar: “That actually wasn’t a hypothetical. That’s actually what happened.”

According to Sperry: “Byrd appears to match the description of the shooter, who video footage shows is an African American dressed that day in a business suit. Jewelry, including a beaded bracelet and lapel pin, also match up with photos of Byrd. In addition, Byrd’s resume lines up with what is known about the experience and position of the officer involved in the shooting — a veteran USCP officer who holds the rank of lieutenant and is the commander of the House Chamber Section of the Capitol Police. Following the shooting, Byrd’s Internet footprint was scrubbed, including his social media and personal photos.”

Currently, 53-year-old Byrd is on leave and under 24-hour protective details. Sperry notes: “USCP General Counsel Tad DiBiase [said] ‘one of our officers has received death threats, threats to his family, and numerous vile, racist sentiments directed at the officer.’ Without elaborating, he said ‘these threats are currently under active investigation by the USCP and the FBI.’”

In light of those threats, there was and is nothing preventing the USCP from releasing the full investigative report with the name of Ashli Babbitt’s shooter redacted.

Meanwhile, more than 500 protesters have been arrested. Notably, despite the constant Demo and Leftmedia drumming about “insurrectionists,” not one protestor has been charged with treason or sedition — most being charged with trespassing.

However, the most dangerous person in DC on the day of the Capitol riot, an actual terrorist, has not been arrested. The FBI and BATFE are offering a $100,000 reward for information to convict the person who left pipe bombs outside both the Republican and Democratic National Committee headquarters the night before the protest.