If NBC and the ChiComs were hoping for even average TV ratings, they were sorely disappointed.

And so it was with the 2022 Beijing Winter Olympics, otherwise known as the Genocide Games. Despite NBC’s best efforts to paper over the human rights atrocities and the COVID culpability of the communist Chinese hosts, the American people ultimately voted with their remotes: They didn’t want to tune in, and NBC couldn’t stop 'em.

Just how bad was it for the corporate money-grubbers at the peacock network? Historically bad. As the New York Post reports:

The Beijing Winter Games drew the lowest ratings in the history of the Olympics since NBCUniversal began broadcasting the event decades ago. The broadcast is widely expected to have not turned a profit for NBC, which owns the rights to broadcast the games in the US. NBC was mum whether it lost money on the telecasting of the Beijing games.

The Winter Olympics, which aired across broadcast, cable, and streaming platforms of Comcast’s NBCU, attracted an average of 11.4 million primetime viewers over its two-and-a-half week run, the company said Tuesday. That marked a 42% drop from the disastrously low-rated Pyeongchang Olympics in 2018, which had registered the lowest viewership up until that point.

It’s hard to fall off the floor, but NBC managed to do so. And the network spent $7.65 billion to acquire the broadcast rights until 2032. Good for them.

And good for us. Good for those of us who, despite the strong sense of patriotism and the understandable desire to tune in and support our nation’s guiltless athletes, helped contribute to NBC’s catastrophic numbers, and helped thrust a massive middle finger toward the face of Xi Jinping and his propagandistic commie regime.

No one seemed to pay much attention when, just prior to the start of the Games, a nascent grassroots boycott movement kicked off. “Not One Minute” was the movement’s rallying cry, and it clearly took hold.

“For us, it’s been difficult. There’s no way around this,” said NBC Sports Chairman Pete Bevacqua, noting that Beijing had the most stringent COVID policies yet. “It’s no secret that athletes in masks, venues without spectators, so much of the passion and excitement, those great moments of Olympic athletes hugging their family and friends and spouses and partners, so much of that magic is just out of necessity not present.”

Ah, COVID did it.

Bevacqua’s initial assessment is honest enough. It was a brutal Olympics for NBC. But his subsequent analysis is downright snortworthy — either because he just doesn’t get it, or because he was still in China at the time he made those remarks. These were the worst Olympic Games ever, and not just because of all the artificial snow, or because of the doping scandals, or because the backdrop of the ski jump looked like a series of abandoned nuclear reactors (which were actually an abandoned steelworks).

No, there was more to it than that. As National Review’s Jim Geraghty writes: “It’s not only a viewer boycott of China that’s driving the low ratings, but it’s hard to believe that it’s not a factor. Viewers around the world have a lot of reasons for antipathy toward China these days — from the ongoing Uyghur genocide, to the crackdown on Hong Kong, to the aggressive moves towards Taiwan, to that virus that started in Wuhan which has killed almost 6 million people around the world officially and perhaps many, many more.”

As for Xi Jinping, if he’d hoped to land the equivalent of a quad and score a huge propaganda win for Chinese communism, he blew the landing and ended up flat on his read end.

Not One Minute? Mission Accomplished. 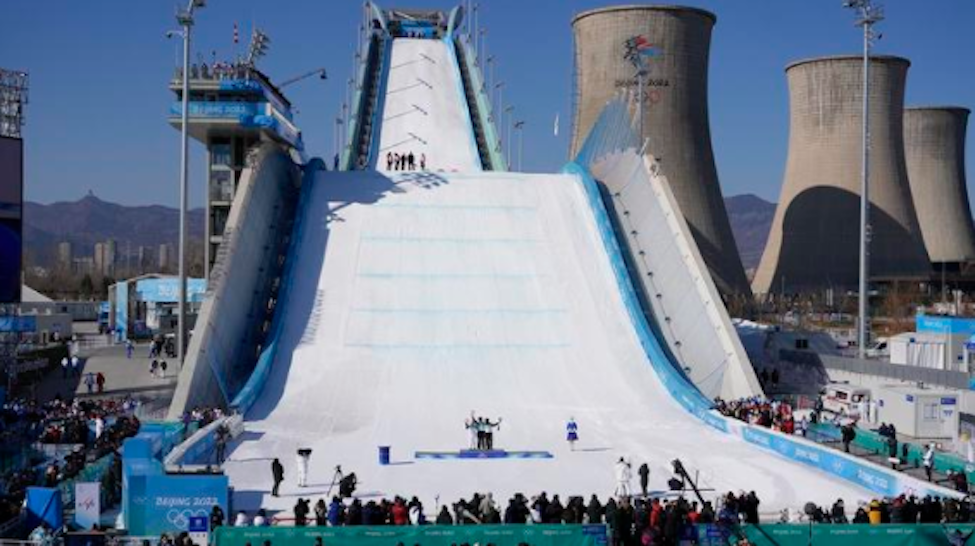 How Big Tech and Big Brother Swept Up the J6 Protesters

But Joe, What About China?