Secretary of the Army: Time to Restore Courage, Character and Integrity to this Office

Dr. Mark Green’s confirmation is a litmus test for Republicans – a choice between military readiness or political correctness.

“Your love of Liberty — your respect for the laws — your habits of industry — and your practice of the moral and religious obligations, are the strongest claims to national and individual happiness.” —George Washington (1789) 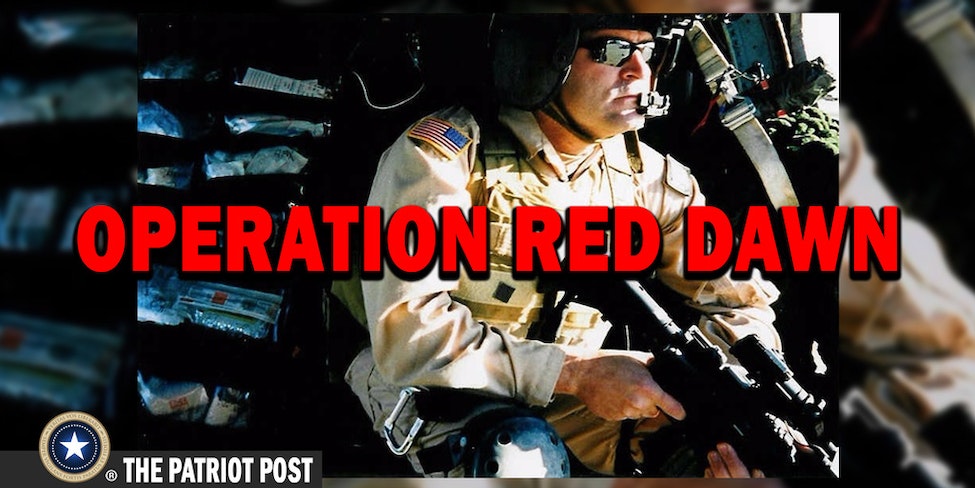 In August of 1776, George Washington issued the following General Orders to his military leaders: “The hour is fast approaching, on which the Honor and Success of this army, and the safety of our bleeding Country depend. Remember officers and Soldiers, that you are Freemen, fighting for the blessings of Liberty — that slavery will be your portion, and that of your posterity, if you do not acquit yourselves like men.”

Those words were written long ago, but in fact the hour is always fast approaching when our military Patriots, who have sworn “to Support and Defend” our Constitution and the Republic it established, may face enormous challenges. Indeed, that hour has often come with little or no warning.

For this reason, those appointed to senior military leadership positions should have a proven record of service, and be of the highest order of integrity and character.

That notwithstanding, the previous administration made a mockery of military appointments with nominees who were wholly unqualified for leadership — as unqualified as the commander in chief who appointed them.

In addition to installing inept leaders, Barack Obama spent eight long years using our military ranks as a Petri dish for his social policies, most notably his gender-bending diktats. Case in point would be his appointment of Eric Fanning as Secretary of the Army. Though Fanning had no military experience, the fact that he was a leftist political hack and outspoken homosexual activist, made him an ideal Obama appointee – the first “gay” military service branch secretary. (Unfortunately, Fanning received a strong endorsement from Sen. Lindsey Graham, who claimed Fanning was “well-qualified.”)

What’s more, Obama constantly sought to undermine faith in those ranks — that is, when he wasn’t busy painting the White House in rainbow colors.

Of course, the Democrat Party’s homosexual advocacy is much more than pandering – it’s a shrewd political calculation.

One of the most reliable Democrat voting blocs is composed of those afflicted with Gender Disorientation Pathology, but the gender-confused represent less than 3% of the population. So why promote their sordid agenda? Because, they have the sympathy of a majority of the largest voting bloc in the nation, women. Thus, Democrats spend enormous political capital promoting this minuscule constituency, the “Rainbow Mafia.”

It will take years to undo the damage inflicted to our nation’s security and the ranks of those charged with defending it, by the prior adminstration. But the tide has certainly turned under our new commander in chief – which is generating enormous opposition from leftists.

Why nominate a doctor? A quick review of Green’s official bio provides a hint.

Before he became a doctor, Mark graduated from the USMA at West Point (‘86), with a “soft degree” in quantitative business. As an infantry officer, he served as rifle platoon leader, scout platoon leader and battalion personnel officer in the 194th Separate Armor Brigade, and later as a Ranger and airborne rifle company commander in the famed 82nd Airborne Division.

He later earned a graduate degree in information systems from the University of Southern California, and then went on to earn his medical degree. He served tours in Operation Enduring Freedom and Operation Iraqi Freedom.

Mark came to my home state of Tennessee as an Army Special Operations Flight Surgeon assigned to the 160th Special Ops Aviation Regiment at Fort Campbell, which straddles the Tennessee-Kentucky border. While with the 160th SOAR, Green planned and flew on many covert operations, one of them as the flight doc for Operation Red Dawn, the 2003 mission to capture Saddam Hussein in December. In fact, he interviewed Saddam for six hours on the night of his capture.

He departed active duty with, among other awards, a Bronze Star, Air Medal with “V” for valor under enemy fire, and the Army Aviation Association Flight Surgeon of the Year award.

He then used that old West Point business degree to launch a very successful medical practice and a medical company, Align MD, a hospital and emergency room staffing company, which he grew to more than $100 million in annual revenues. He was also elected to the Tennessee State Senate Republican majority in 2012 and has been a rising star in that capacity. As a state senator, he received annual recognition from the Department of Defense for legislation supporting veterans.

In a conversation with Mark last year, we talked about our love for Tennessee and our early years. He grew up with very modest means, on “red clay dirt roads” across the Mississippi line from Memphis. But at age 52 from humble roots, he’s had an enormously successful military, medical and business career, along with some proven political experience. Yet despite these successes, I believe what’s most impressive about this man is his strong faith and devotion to his family.

All that being said, the announcement of Mark’s nomination gave me some heartburn, because it takes him out of the running to become Tennessee’s next governor — a campaign that was underway prior to Trump’s announcement. Arguably, he would’ve been the most qualified gubernatorial candidate in our state’s history (with apologies to one of my better-known ancestors, Sam Houston).

His nomination is causing some heart attacks in other quarters precisely because of his qualifications as a veteran Patriot with high moral character, a man of faith and integrity. 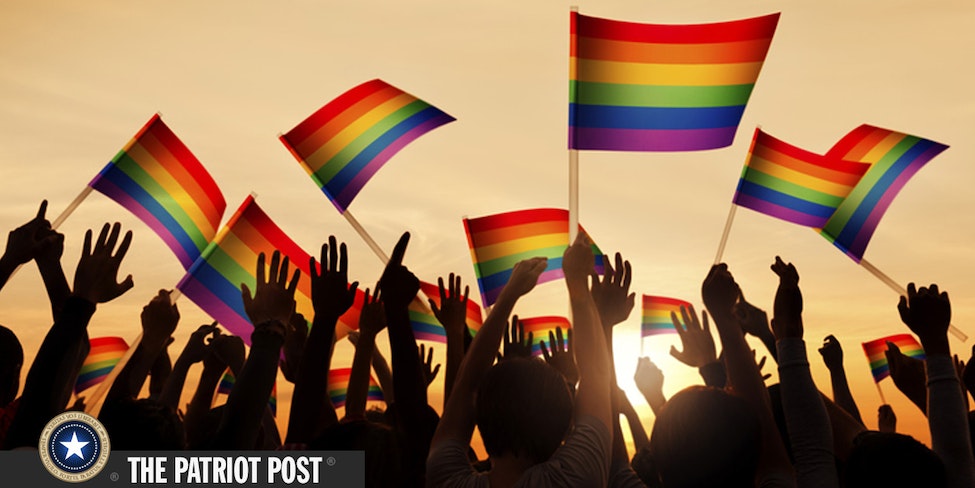 The LGBT Rainbow Mafia, with Hillary Clinton emerging from her rat hole to lead the charge, is attempting to derail Green’s nomination because he once stated that some medical professionals believe there is a pathological basis for gender disorientation issues — and because he thinks men need to stay out of women’s restrooms.

According to Clinton, Dr. Green is an “outspoken opponent” of the LGBT agenda, advocated by former Army Secretary Fanning. “We may not ever be able to count on this administration to lead on LGBT issues,” she wailed, adding, “The progress that we fought for, that many of you were on the front lines for … may not be as secure as we once expected.” (Again, this is about pandering to female voters, not the tiny LGBT constituency.)

This, combined with the fact that Green is a man of strong faith, has the gender-challenged brigades running around like their hair is on fire. They even tagged Mark “Creep of the Week.”

That’s right, as Donald Trump is endeavoring to clean up serious threats from North Korea’s nuclear sociopath, Kim Jong Un — whom Obama empowered by ignoring and thereby enabling — and the nuclear terrorism threat posed by Iran — whom Obama empowered by pretending the threat did not exist (and abetting with hundreds of millions of dollars) — the LGBT legions are busy protesting an extraordinarily qualified nominee to head the United States Army.

Regarding his nomination, Green says, “President Trump nominated me to do one job: Serve as his Secretary of the Army. If confirmed, I will solely focus on ensuring our Army is the most lethal fighting force in history. Politics will have nothing to do with this job.”

To his opponents, Green says: “As someone who proudly served our nation in the Army with men and women of all backgrounds and beliefs, my concern is nothing more than building the best Army with the best soldiers who are willing to prepare, fight and, if necessary, win in combat, regardless of their political beliefs, ethnic background, religious beliefs or sexual orientation or identity. Every American has the right to defend their country, period. And I have always held that belief.”

It’s an old maxim that in politics, you’re best known by your enemies. That being the case, then add one more credit to Mark Green’s long list of qualifications. Monday, LGBT poster celeb, Bruce, er, uh, “Caitlyn” Jenner, announced that he, er, uh, whatever, is “very concerned” with Mark’s nomination. That amounts to a ringing endorsement!

For eight long years, the previous administration sought to morally emasculate our military. That’s not a statement about generations of women who have honorably served our great nation, but about those who would undermine the moral integrity of our Armed Forces.

In his 1981 address to the graduating class at West Point, Ronald Reagan declared, “A truly successful army is one that, because of its strength and ability and dedication, will not be called upon to fight, for no one will dare to provoke it.”

Leftists are intent on undermining that strength and ability and dedication. The LGBT protests are a continuation of that undermining.

As noted by military analyst Lawrence Sellin, PhD, “Green’s confirmation is a litmus test for President Trump and the Republican Congress, a choice between military readiness or enforced political correctness.”

“The hour is fast approaching,” as General Washington warned, and Dr. Mark Green’s nomination as secretary of the Army should be approved by the Senate without reservation.

UPDATE: A month after his nomination, Trump’s exceptionally qualified nominee for Secretary of the Army, Dr. Mark Green, made the difficult decision to fall on his own sword rather than become yet another distraction to Trump’s agenda. Why? Because Dr. Green’s views on “LBGTQ” (those who those who self-identify lesbian, gay, bisexual, transgender or queer and exhibit sexual attraction disorientation and gender dysphoria) did not comport with the heterophobic gender denier orthodoxy that dominates the Democrat Party and their Leftmedia propagandists.