The Authoritarian Enemies of Liberty: Biden, Harris, Pelosi, and Schumer

Anytime Democrats invoke their oath “to support and defend” our Constitution, it should evoke herniating laughter!

“Our country is in danger, but not to be despaired of. Our enemies are numerous and powerful; but we have many friends, determining to be free, and heaven and earth will aid the resolution. On you depend the fortunes of America. You are to decide the important question, on which rest the happiness and liberty of millions yet unborn. Act worthy of yourselves.” —Joseph Warren (1775)

Each week, I typically have to choose from among 10 or more active and carryover topics to write about. Choosing just one can be a challenge.

I’ve been holding a topic — “The Enemies of Liberty” — for six weeks, waiting on Joe Biden to announce Kamala Harris as his 2020 running mate.

The “enemies” topic was high on my list this week, and then House Speaker Nancy Pelosi opened her pie hole, making it the indisputable frontrunner.

Two years ago, President Donald Trump set Democrat Party heads on fire when he declared, correctly, that their Leftmedia propagandists were the “enemy of the people.” According to Trump: “There is great anger in our country caused in part by inaccurate, and even fraudulent, reporting of the news. The Fake News Media, the true Enemy of the People, must stop the open and obvious hostility and report the news accurately and fairly. That will do much to put out the flames of Anger and Outrage and we will then be able to bring all sides together in Peace and Harmony. Fake News Must End!”

For the record, when Trump says “fake news” is the “enemy of the people,” he clearly means the enemy of American Liberty, the foundation that has sustained our Republic since its inception.

Fast-forward to this week, as Democrats are trying to throw the 2020 presidential election to Biden with Pelosi’s Postal Service subterfuge: carpet-bombing mailboxes with ballots rather than requiring the prescribed absentee ballot process now used by every state. Preemptively mailing ballots offers no assurance of who is actually casting a ballot — precisely the “election interference” Democrats are seeking.

Demos are desperate to control the outcome of the 2020 election after their 2016 Russia-collusion coup failed, as did their effort earlier this year to impeach Trump for what Biden actually did.

That desperation caused Nancy Pelosi to offer up this extraordinary invective: “The Russians were there [in 2016] and they are there now 24/7 trying to interfere in our election, but they’re not the only ones. We take an oath to protect [sic] and defend the Constitution from all enemies, foreign and domestic. And sadly, the domestic enemies to our voting system and our honoring of the Constitution are, uh, ah, uh, right at 1600 Pennsylvania Avenue with their allies in the Congress of the United States.”

Pelosi added: “They’re doing everything they can [to] suppress the vote with their actions, scare people, intimidate by saying law enforcement will be there… It’s really actually shameful. Enemies of the state.”

Now, if by “enemies of the state” Pelosi actually meant those who are the enemies of tyranny in the form of socialist Democrat Party statism and election fraud, she would be correct. But that is not what she meant at all.

First, anytime Democrats invoke their oath “to support and defend” (not “protect and defend”) our [Constitution][https://patriotpost.us/pages/540-celebrate-constitution-day-sept-17-1789], and by extension the Rule of Law it enshrines, it should evoke herniating laughter from all of us who have sworn the same oath to defend Liberty at great personal risk. The sad truth is that Biden, Harris, Pelosi, and Senate Majority Leader Chuck Schumer spend all day every day violating that oath.

So, how do you really spot an “enemy of the state”? Watch for their opportunistic response to a national crisis.

For example, when our nation is in the middle of a pandemic that has claimed an estimated 180,000 lives and 40 million American jobs so far, pay attention to what the enemies of the state do.

First, they start an election-year pandemic inquisition with the sole political objective of blame-shifting to their political opponents. At the same time, they embrace the real enemy responsible for the plague, Red China, our nation’s most perilous adversary and existential threat. As Pelosi noted recently in a moment of accidental honesty, “China would prefer Joe Biden.”

Then, when our nation is at its most vulnerable, they conjure up a pandemic of “systemic racism” to explain the unjust death of a deeply troubled Minneapolis man. Then they blame cops in order to further stir division and hatred, for which they then blame Trump.

That’s right: Enemies of the state are those anti-American politicians at all levels, a rising rogue cadre of authoritarians bolstered by their Marxist constituents and “useful idiots,” who politicize a deadly virus and then foment race riots across the nation in the midst of that national security crisis.

And to enhance their machinations, they have teamed up with the leftist billionaire archenemies of Liberty, particularly socialist George Soros. He recently acknowledged that the China Virus pandemic provided a “revolutionary moment,” and we all know that leftists never let a good crisis go to waste. According to Soros: “I would describe it as a revolutionary moment when the range of possibilities is much greater than in normal times. What is inconceivable in normal times becomes not only possible but actually happens. People are disoriented and scared.” 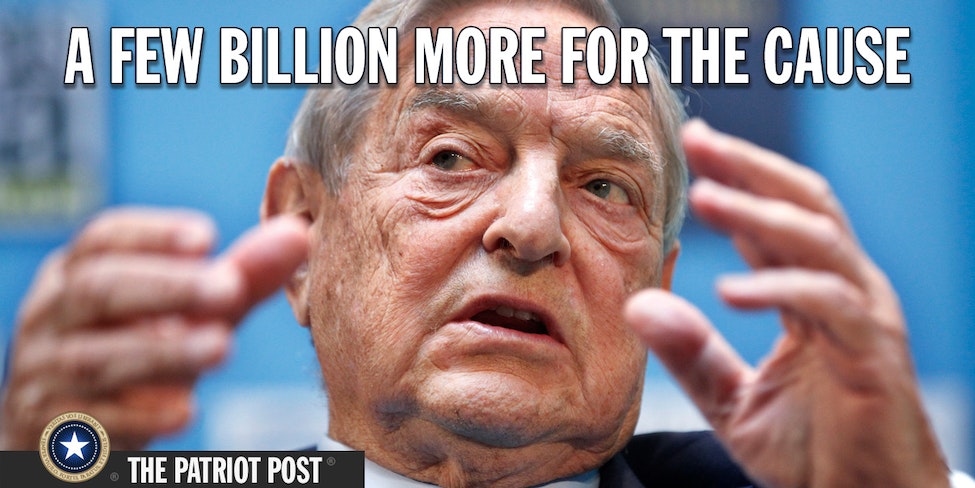 Seasoned political analyst Charles Hurt likens them to rats in a plague: “This is the perfect time for Washington Democrats to pillage for their own personal political profit. … After all, there is no time like a plague when rats like to party it up.”

Hurt is much too kind.

These Demo-rats are feeding on the fear, anger, and misery of the most vulnerable among us.

Biden promises to be “the most progressive [read: ‘regressive’] president in history,” which earned him the endorsement of the Communist Party USA. As Barack Obama said this week, “If you look at Joe Biden’s goals and [socialist] Bernie Sanders’s goals, they’re not that different.”

As focused as they are on divisive racial issues, you’d think these Democrats would know the difference between light and dark. But this week, they’re collectively claiming that the upbeat messages of hope and opportunity from RNC convention speakers, who uphold American exceptionalism, are categorically “dark.” How dark? Check out this video compilation of Leftmedia talkingheads parroting the Demos’ “dark” memo.

But it is Biden, Harris, Pelosi, and Schumer who would like to shutter our nation in the darkness of socialist oppression under their limitless statist power. They are, indeed, the enemies of Liberty, which makes them the enemies of the state and all American people.

Most American citizens are good and decent people, and by “most” I mean the vast majority — however lost some may become in the darkness cast by the Left. Most Americans simply want the opportunity to prosper, to be secure in their person and property, to support their family, to care for others, and to live in peace. Unfortunately, those common desires will progressively elude them under the leadership of Democrat Party enemies.