The Deadly Biden-Harris Assault on Cops

The Demo-sponsored crime surge is coming to a neighborhood near you.

Having graduated from a state police academy at age 19, having served as a uniformed police officer for three years while in college, and having carried various law enforcement commissions since then, I’ve always maintained a fraternal relationship with the men and women in blue.

Whenever the Democrat Party seeks to politicize a police-involved shooting — meaning only those rare occasions when a white police officer kills a black suspect — I step into our analysis of those incidents with a very different perspective than virtually all news and policy analysts. My perspective has been shaped not only by actually having walked in the shoes of a law enforcement officer (LEO), but by my involvement with federal, state, and local LEOs in the years since.

Barack Obama’s disgraceful eight-year war on cops had deadly consequences for police officers — and for citizens of our nation’s most crime-infested urban centers. But his utter disdain for everyone in uniform — police and military — pales in comparison to the assault on LEOs being waged by Joe Biden and Kamala Harris, and the consequences it will have for all Americans.

In the middle of the CV19 pandemic shutdown, Harris, Biden, and their enemy-of-the-people cadre used the death of a black Minneapolis man, George Floyd, as political fodder for a race-bait hustle to light up their Democrat constituents — and urban centers. The result: Uncontrolled burning, looting, and murder — and the billions of dollars in damages — compliments of the Demos’ Marxist Black Lives Matter radicals and their so-called “antifa movement” of self-styled “anti-fascist” fascists.

Biden and Harris claim that our nation is saturated at every level with “systemic racism,” and they thus stepped over the epidemic of black-on-black murders and their epic urban policy failures to foment racial unrest and blame it on law enforcement.

Biden and Harris calculated their blame-shifting charade would rally legions of suburban “white privilege” Democrats nationwide — those emotionally incontinent adolescents of all ages with their virtue-signaling Biden-Harris yard signs. They especially depend on white women voters, who cast the majority of votes for Democrat presidential candidates.

But of course, the crisis in urban centers is not a “police problem.”

The real “systemic” problem in Minneapolis and other urban centers that have been run into the ground by generations of Democrat “leadership” is that inner-city black families have been systematically oppressed by Democrats. As a result, the Democrat-controlled city of Minneapolis is now a wreck.

To propagate this cruel charade, these same Democrats don’t dare “say the names” of all the victims of their failed social policies.

As Wall Street Journal editorial board member Jason Riley notes: “Police shootings have fallen precipitously since the 1970s. … Empirical studies have found no racial bias in police use of deadly force, and that the racial disparities that do exist stem from racial differences in criminal behavior. The problem isn’t a shortage of data but a race-based narrative that is immune to any data that challenge it.”

After a lifetime observing how the Left has manipulated black constituents, Walter E. Williams notes, “The true plight of black people has little or nothing to do with the police or what has been called ‘systemic racism.’” Instead, he says, “We need to look at the responsibilities of those running our big cities.”

No sooner had the Minneapolis epicenter of nationwide urban riots cooled down than Biden and Harris jumped on the justifiable shooting of a black man in Kenosha, Wisconsin, by a white officer.

On the Kenosha incident, celebrity LA Clippers coach Doc Rivers declared, “It’s amazing to me why we [black Americans] keep loving this country and this country does not love us back.”

I couldn’t care less about Rivers’s opinion, but Biden and Harris embraced his position. Biden asserted yesterday to an ever-shrinking audience, “Think about what it takes for a black person to love America.”

And when the Kenosha story started to fade, the Demo-duo then stirred the race-bait pot by claiming injustice in Louisville.

They were thus among the strongest advocates of all those “peaceful protesters” across the nation.

In Portland this week, the Biden-Harris mobs of “peaceful protesters” sponsored a “Day of Rage” ahead of Columbus Day — or as the Biden campaign promoted it, “Indigenous People’s Day.” With no resistance from that city or state’s Democrat leaders, rampaging rioters, including a former Democrat candidate, tore down statues of Theodore Roosevelt and Abraham Lincoln and then ransacked the Oregon Historical Society building.

All of those arrested by Portland PD were white-privileged leftists.

In Seattle, where the Democrat politicos are no longer objecting to police intervention, this week police arrested 16 leftists after they threw explosives at officers while yelling “KILL COPS.”

“KILL COPS” could be a centerpiece of the Biden-Harris platform.

There was a time when big-city police unions backed Democrats in a quid pro quo with the elected Demos in those jurisdictions. They did so even though most rank-and-file police supported Republicans. But no more. Recall that in the first presidential debate, Biden couldn’t name a single major police organization backing his ticket. He later admitted, “I have had overwhelming support from police my whole career up until this year.”

In fact, the nation’s largest police organization, the Fraternal Order of Police, endorsed President Donald Trump in September. That followed the endorsement of the New York City Police Benevolent Association, which hasn’t endorsed a candidate in 36 years.

Larry Cosme, president of the Federal Law Enforcement Officers Association, declared that Biden has “shifted 180 degrees.” The head of the National Association of Police Organizations, Bill Johnson, said Biden “kept moving left and fell off the deep end.” The NAPO had endorsed Biden in both the 2008 and 2012 elections.

Biden has said that “absolutely” some police funding should be redirected. His campaign team has been on the frontlines of those supporting the “defund the police” movement, despite the fact that the vast majority of Americans believe funding for police should stay the same or increase.

Recall that Harris told The New York Times, “It is status quo thinking to believe that putting more police on the streets creates more safety,” and that perspective is “just wrong.” But the fact is, black Americans appreciate police presence in their communities as much or more than anyone.

Amid all the violence that is the direct result of their politicization of police-involved shootings, Biden and Harris pretend to oppose all the violence committed by their Demo constituents. But the net result is that they are leaving a long list of victims in the wake of their condemnation of LEOs.

As a result, there’s now an exodus of police, including the top cops in 18 of the nation’s 70 largest cities. There are fewer police officers per capita than any year of the last quarter century – a 9 percent drop since 2007.

If elected, their reckless assault on police officers will have dire results and will, inevitably, find its way into your neighborhood. Make no mistake: The most formidable political wall of defense against that havoc is Donald Trump. 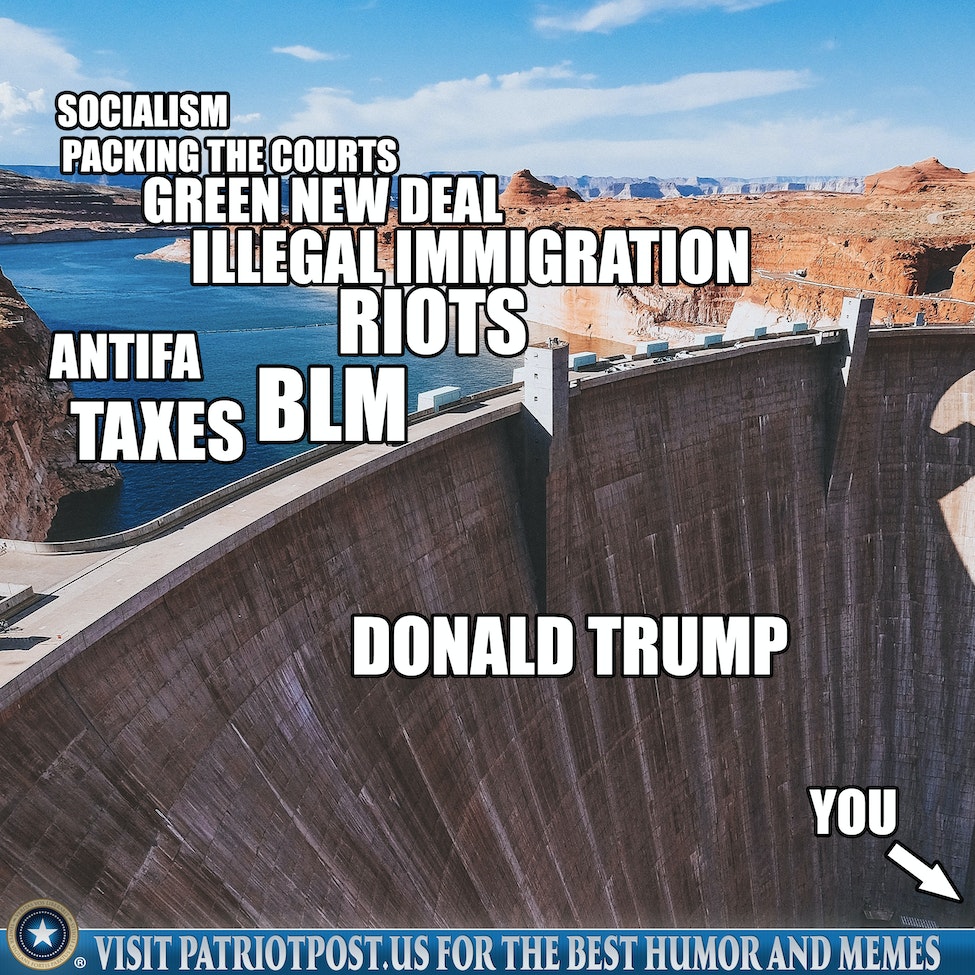