The Biden-Harris yard signs sprouting up project much more than a political preference.

“Republics are created by the virtue, public spirit, and intelligence of the citizens. They fall, when the wise are banished from the public councils, because they dare to be honest, and the profligate are rewarded, because they flatter the people, in order to betray them.” —Joseph Story (1833)

Today’s socialist Democrat Party is headed by the most strident group of leftists in a century — a committed cabal of true believers. They’re headed by Joe Biden and Kamala Harris, whose campaign against President Donald Trump — and campaign manifesto against American Liberty — is aided and abetted by House Speaker Nancy Pelosi (D-CA) and Senate Minority Leader Chuck Schumer (D-NY).

In 2018, President Donald Trump set Democrat heads ablaze when he declared, correctly, that the party’s Leftmedia propagandists were the “enemy of the people.” According to Trump: “There is great anger in our country caused in part by inaccurate, and even fraudulent, reporting of the news. The Fake News Media, the true Enemy of the People, must stop the open and obvious hostility and report the news accurately and fairly. That will do much to put out the flames of Anger and Outrage and we will then be able to bring all sides together in Peace and Harmony. Fake News Must End!”

Today, however, Democrats and their MSM publicists are stirring up much more than mere anger and outrage; they’re fomenting great danger for our Republic and for all Americans.

Pelosi and Schumer spent the last three years trying to take down Trump with their deep-state-fabricated Russia-collusion coup, and when that failed, they shifted to a contrived “quid pro quo” impeachment charade to convict Trump of a phony offense that Joe Biden actually admitted on camera to perpetrating against Ukraine.

Fortunately, that effort failed. But in this election year, Democrats were quick to politicize the enormous social and economic strain of the COVID-19 pandemic, because they cynically calculated that the loss of 40 million American jobs and the estimated death of 200,000 Americans would bolster their election prospects.

Topping that obscene calculus, only the enemies of our Republic would then fan the fires of civil unrest in their own Demo-controlled urban centers. But that’s precisely what they did, using the fallacious claim of “systemic racism” as justification. Since then, Democrats and their sycophants have effectively denied that the tinder for those flames is the direct result of decades of their own failed socialist policies. Instead, they’ve blamed those who wear a badge — those in law enforcement — while taking a congressional knee for career criminals and street thugs.

But Democrats would be powerless to promote their “dark” vision of America without the funding of their wealthy white suburban legions. (This topic has been in my queue for months, and it is time to release the dogs.)

I’m not referring to the elites in their socialist billionaire Archenemies of Liberty Club — those whose names you immediately recognize: George Soros, Michael Bloomberg, Jeff Bezos, and Tom Steyer. 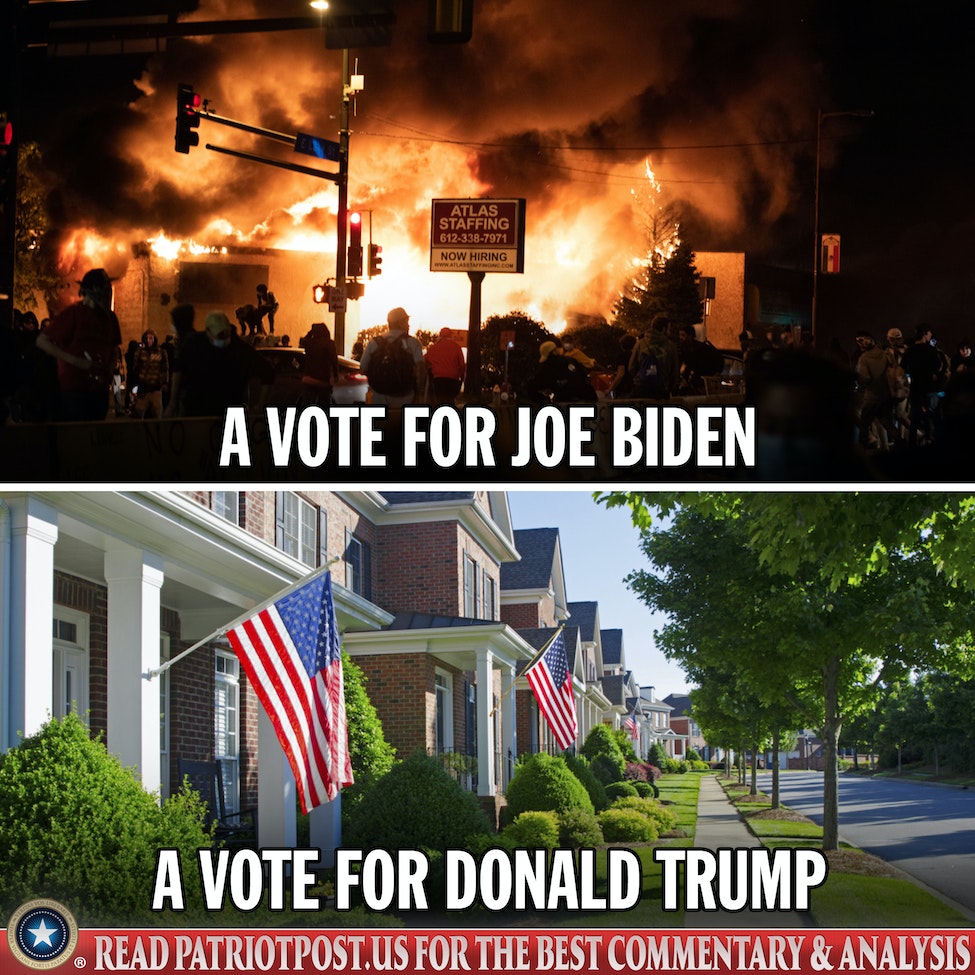 No, those leftist billionaires don’t dwell among the masses of white suburbanites supporting Democrats and, by extension, supporting policies that continue to create nightmares for poor urban Americans. That white suburbanite support constitutes the ultimate hypocritical manifestation of “white privilege,” and it’s exercised by those who will never experience the social degradation and devastation of the very policies they support.

The protagonists of white suburban leftism are primarily inheritance welfare liberals, the effluent of generational wealth and privilege. While there are plenty of them in urban centers, most choose to live in the safety and comfort of suburbia.

You know who they and their likeminded leftists are, because most of them advertise it in their yards. Until the plastic Biden-Harris signs became available, they did most of their virtue signaling with “Hate Has No Home Here” yard signs, expressing their disdain for “We, the [Deplorable] People.”

They fear grassroots Americans because they have no intersection with us, and they hate us as much as they do President Trump. Despite their facade, they’re an insecure lot who drink the Black Lives Matter Kool-Aid by the case, because they think it will ingratiate them with those they fear. But the sad truth is that black lives don’t matter to leftist hate hustlers. They never have.

As for the Biden-Harris yard signs sprouting up, they project much more than a political preference.

Those signs adorn the homes of white-privileged Democrats — that cadre of leftists who believe they’re entitled to be the arbiters of what’s in the best interest of everyone else. The signs advertise that at least one occupant of that house is a voter Democrats cultivate and depend upon most – white emotionally incontinent women voters – who cast the majority of votes for Democrat presidential candidates. They advertise almost universally that the person in that house has never lifted a finger “to support and defend” American Liberty.

In our suburban east Tennessee community, generally speaking, conservatives don’t put political yard signs out front during contentious political seasons, primarily to maintain comity — an atmosphere of harmony, mutual civility, and respect — among neighbors. In fact, nationwide, conservatives are less likely to advertise their political views. Though President Trump will carry our community and state, the handful of yard signs on display are Biden-Harris. Of course, as demonstrated nationwide in recent months, harmony, civility, and respect are not Democrat attributes.

That being said, ahead of the 2016 election, a “friend” put about 10 Clinton signs in our yard. I repaid him with interest!

Finally, regarding the latest iteration of white privilege virtue signaling, a friend offered a paraphrase of Proverbs 17:28: “Tis better to remain silent and be thought a fool … than to put a Biden sign in your yard and remove all doubt.”