This week, our community, our state, and our nation lost a genuine American Patriot hero.

The word “hero” is too often misapplied by today’s media outlets because most of those reporting don’t have any reference point for genuine heroics.

However, in the case of T/Sgt. Charles Henry Coolidge, the word applies in full.

Charles Coolidge was the last living WWII European Theater Medal of Honor recipient — survived by only one remaining WWII recipient, Hershel “Woody” Williams, who was recognized for his service in the Pacific Theater as a young Marine in the battle of Iwo Jima. The Medal of Honor is our nation’s highest military award for valor – “For conspicuous gallantry and intrepidity at the risk of his life above and beyond the call of duty…”

In 2015, I devoted my Veterans Day column to Mr. Coolidge, a quiet and unassuming man I have known for the last 40 years. He was a lifetime contemporary of my WWII veteran father, beloved and respected by everyone who knew him.

Mr. Coolidge was drafted in 1942 and assigned to the 36th Division, 141st Infantry Regiment, 3rd Battalion, Co. M. In 1943, his unit was deployed to Algeria for the North Africa Campaign. T/Sgt. Coolidge was awarded a Silver Star for valor in combat as his unit swept Italy.

In the offensive battles to capture heavily defended German positions in the Vosges Mountains, he received the Medal of Honor for his actions defending Hill 623 east of Belmont sur Buttant, France, near the German border. Between October 24-27, 1944, his unit faced overwhelming odds defending its battalion’s right flank, but he and his machine gunners and riflemen held that strategic hill through four days of relentless battle.

By way of inviting you to read about his actions, here is an introductory excerpt from that Veterans Day column: “On Oct. 27, 1944, after having refused to surrender his position on Hill 623 several days early and having killed more than 30 Germans defending it, Mr. Coolidge, then a 23-year-old technical sergeant, found himself staring down the barrels of not one, but two German tanks, 25 meters from his position. The Nazis sent in their big guns to clear the handful of stubborn Americans who refused to retreat.” When the first tank commander demanded his surrender, in what Mr. Coolidge described as surprisingly good English, he responded in his Southern Mountain drawl, “I’m sorry, Mac, you’ve got to come and get me.” The angry tank commander then fired five times at Mr. Coolidge, who dodged those near-point-blank 85mm rounds. (Watch Mr. Coolidge recount that confrontation in his own words here.) 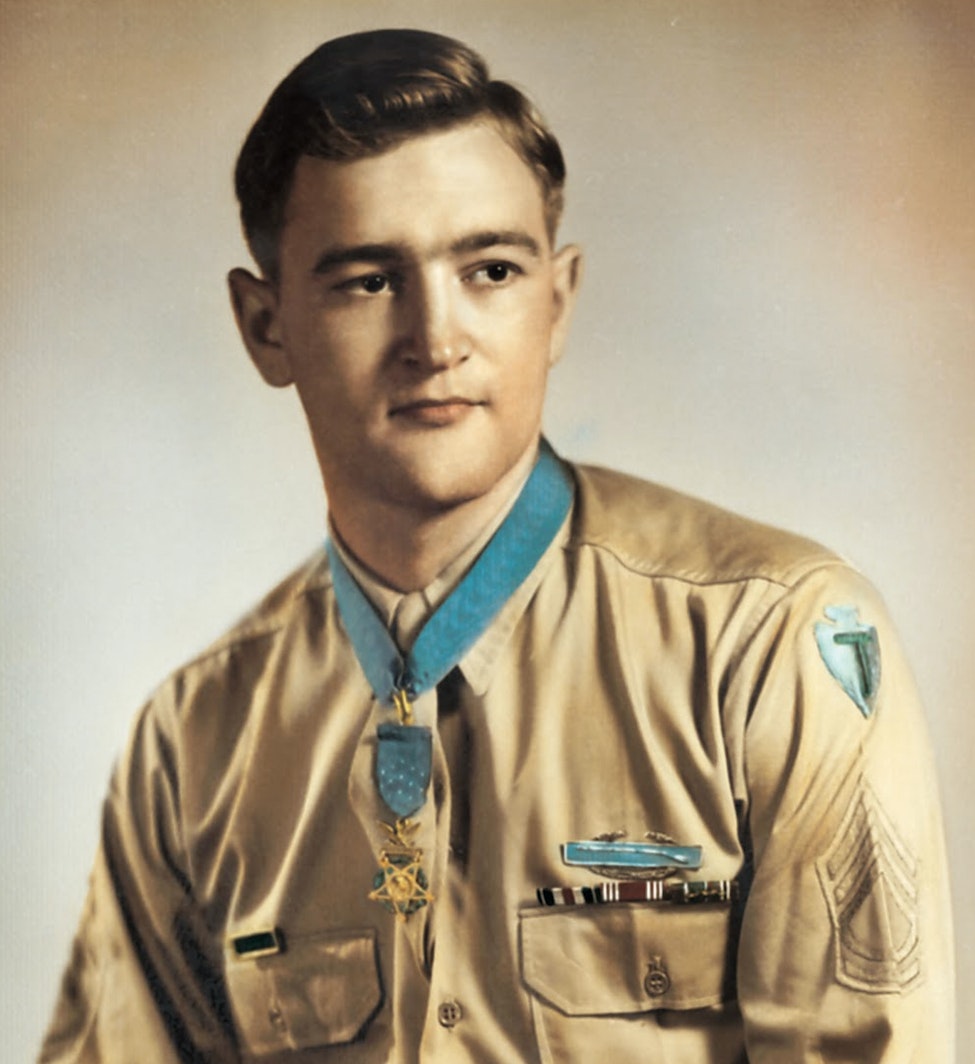 Mr. Coolidge, as with every recipient I have known, was quick to declare that he accepted the Medal of Honor on behalf of the countless American demonstrations of bravery in combat in defense of Liberty, and the resulting casualties.

Mr. Coolidge was, above all, a model of integrity, honor, and determination. He was, first and foremost, guided by his Christian faith and devoted to his family. He conducted his small family printing business, from which he retired at age 95, with great character. He battled multiple sclerosis, a disease that he refused to allow to define him, for more than half a century.

His legacy lives on in the thousands of lives he influenced for good during his 99 years.

His name is memorialized at the National Medal of Honor Heritage Center, commemorating the first Medals of Honor and all its recipients in the years since.

The Heritage Center is located in Mr. Coolidge’s hometown of Chattanooga, Tennessee, near the site of actions for which the first Medals were awarded to Andrews’ Raiders in 1863. It will honor his legacy through its mission of teaching and building character in future generations and inspiring young people to embody the values of Patriotism, Citizenship, Courage, Integrity, Sacrifice, and Commitment in their daily lives in order to make the world better for all.

Our board Chairman Emeritus, Bill Raines, Major General, U.S. Army (Ret), noted: “He was the embodiment of the Greatest Generation, and his legacy has and will continue to shape the lives of countless people and children in our state and across the country. Many people know Charles Coolidge as an American hero from World War II, but I believe he was much more. His legacy will continue to serve as an inspiration for all of us, today and for the future, on how ordinary people can face and overcome an extraordinary challenge in life.”

B.B. Bell, General, U.S. Army (Ret), a Patriot Post analyst who heads the Heritage Center’s National Advisory Board, added: “The passing of Charles H. Coolidge is an enormous loss for America, and for the world. All free people should mourn the loss of this great man. He, along with his fellow Service members, saved our Republic during World War II. I pray that we can live up to his magnificent legacy.”

Join us in thanksgiving for Mr. Coolidge and in prayer for his family. He will be interred at Chattanooga National Military Cemetery.