The flap with aging musicians and Spotify over the popular podcaster’s content is a lesson for all Americans.

Joe Rogan may be the host of the biggest podcast in the country, but no one is forcing anyone else to listen to his program. Fortunately, the same is true of old musicians like Neil Young. America is a free country where everyone is free to say what they think and to listen to what they choose. Right? Right?

Not if Young and the growing gaggle of fascist censors have their way. You can’t say that! has become increasingly replaced by No one can listen to that person! Cancel Culture has metastasized horribly in recent years, driven primarily by the Rainbow Mafia (especially over the “transgender” issue) and the COVID Thought Police. The latter are to blame for what began as an ultimatum from Young last week: “[Spotify] can have Rogan or Young,” he wrote in an open letter. “Not both.” His dissatisfaction was driven by Rogan’s discussions of what Young considers “misinformation” about COVID.

Even with Rogan’s massive audience and $100 million exclusive contract with Spotify, we wouldn’t have been surprised to see the platform succumb to Young’s demand, especially considering Joe Biden’s Surgeon General Vivek Murthy declared that social media companies “have still not stepped up to do the right thing and do enough, I should say, to reduce the spread of misinformation.” Because everyone trusts the government to be honest, especially about COVID.

Spotify knows that Rogan could go elsewhere and might even gain popularity and money. So instead, it’s Young who was forced to cancel himself. Other aging hippies who cut their teeth on free expression — Joni Mitchell, Liza Minelli, Peter Frampton, and Nils Lofgren — likewise decided that Spotify listeners weren’t good enough for their music and self-censored because Rogan and his guests don’t automatically trust Big Pharma.

Nevertheless, the usually spicy Rogan posted a conciliatory video. “If I pissed you off, I’m sorry,” he said. “It’s a strange responsibility to have this many viewers and listeners. It’s nothing that I’ve prepared for. I’m going to do my best to balance things out.” That means more guests with different opinions on hot-button topics.

On Sunday, Spotify CEO Daniel Ek wrote that the company will make public its “long-standing Platform Rules,” as well as work to “add a content advisory to any podcast episode that includes a discussion about COVID-19.” That advisory, he noted, “will direct listeners to our dedicated COVID-19 Hub.” We’re sure Spotify’s hub will contain nothing but the party line on vaccines and masks, all while dismissing or not even mentioning treatment options.

“It is important to me,” Ek said, “that we don’t take on the position of being content censor while also making sure that there are rules in place and consequences for those who violate them.” In other words, no censorship today, but tomorrow is a new day.

Rogan has come under fire — in some cases falsely — for things he or his guests have said about coronavirus treatments or vaccines. First, it was Ivermectin, which Rogan said helped him “feel great” when he contracted COVID last year. MSNBC’s Rachel Maddow and Rolling Stone published erroneous claims about Rogan’s story, and other news outlets have pushed a false narrative about him and the drug Ivermectin. No one has canceled any of those fake news pushers.

Then it was the COVID vaccines. Rogan hosted Dr. Robert Malone, a virologist whose work contributed to mRNA vaccine technology but who now questions The Narrative™. He also hosted widely published cardiologist Peter McCullough, who discussed vaccine effects. The Party says such things must not be discussed.

We’d love to live in a world where no one was dishonest or spread false information. Heck, we’d settle for a planet where the news media simply treated information fairly and without bias, or where people didn’t insist that a man can be a woman. Alas, we do not live in that world. Thus, we’re left with a choice: Either allow free speech and let the best argument win, or submit to the authority of those with the power to silence opinions they don’t like. 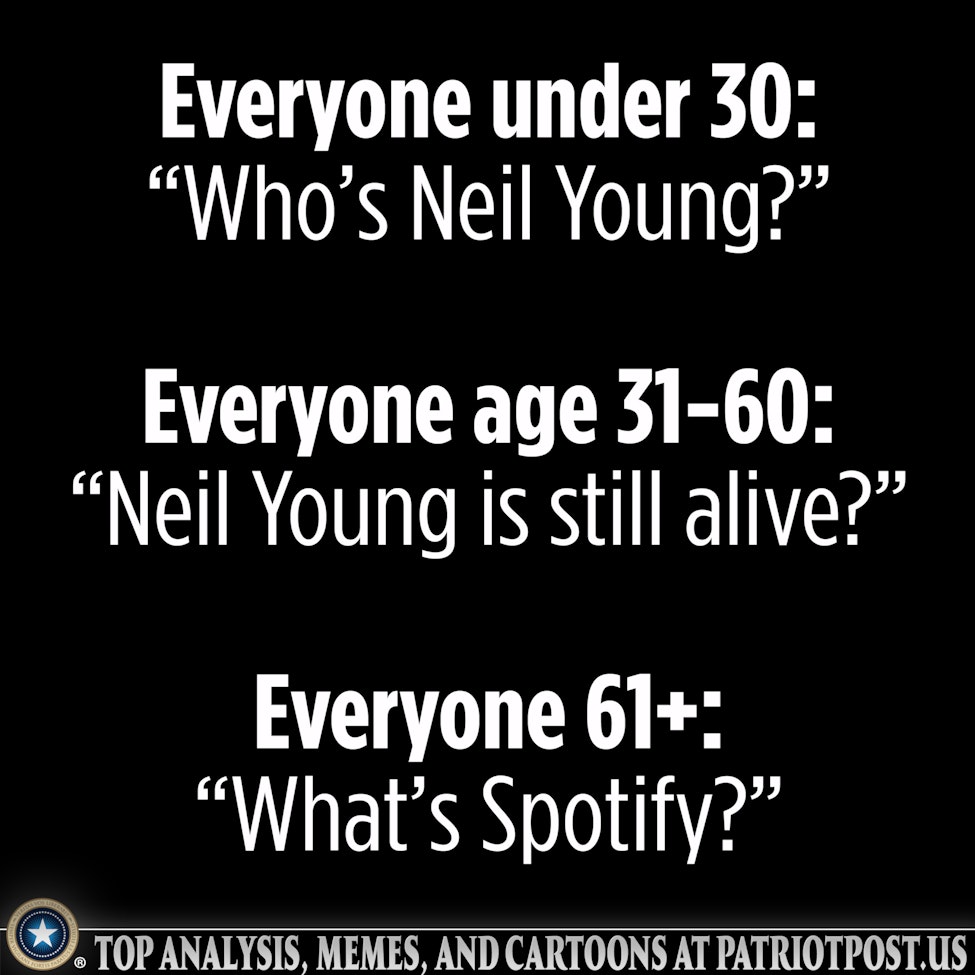