Taylor Lorenz and Libs of TikTok

Lorenz exposed and harassed the person behind Libs of TikTok account, exposing a stunning lack of self-awareness.

Less than a month ago, MSNBC conducted interviews with several female reporters on their experience of being doxxed — the practice of exposing personal information of a person in order for others to harass and intimidate them. The premise of the interviews was that after targeted attacks from male right-wing reporters, these female leftist reporters saw an uptick in online abuse. Then-New York Times reporter Taylor Lorenz was one of these unlucky victims.

She tearfully told the interviewer that she had severe PTSD and contemplated suicide as a result of this rise in vitriol against her. She said through a wavering voice, “You feel like any little piece of information that gets out on you will be used by the worst people on the internet to destroy your life.”

Digging a little deeper, though, it seems that Lorenz is actually one of “the worst people on the internet,” as pundit Ben Shapiro observes. Attention was called to her actions because Fox News personality Tucker Carlson did a segment on her back in October. Carlson’s guest, Aradna Jacobs, was actually suing Lorenz for defamation. Lorenz apparently published a hit piece in The New York Times that caused Jacobs to lose her business and reputation.

Jacobs is not the first person to suffer the unethical predations and bullying of Taylor Lorenz, and she isn’t the last. Most recently, Lorenz — now with The Washington Post — published an exposé on the person who runs the Twitter account Libs of TikTok.

This account finds public domain videos on TikTok that leftist activists have posted, then reposts them to other social media platforms like Twitter and Instagram with some commentary. Overall, the videos are undoctored and speak for themselves, Libs of TikTok lets the viewers decide what they think of these videos and the ideology of the original poster. The content usually has to do with the LGBTQ+ school agenda, grooming, and masking policies. This account has become increasingly effective in opening people’s eyes to the actual viewpoints and agendas of radical leftists — some of it is so crazy you’d only believe it if you saw it with your own eyes. Twitter shut down the account entirely multiple times and suspended it again this past week.

Libs of TikTok has been increasingly under fire from left-wing media groups like Media Matters. This latest iteration came from Lorenz, who crossed the moral journalistic line. She not only posted the anonymous Libs of TikTok account holder’s real name, occupation, religion, and address (which has since been deleted from Lorenz’s piece), but she had the audacity to show up at Libs of TikTok’s relatives’ houses, call them on the phone, and in general harass and intimidate them.

This is yet another sally in the mainstream media’s and Big Tech’s vendetta against free speech and attempting to use cancel culture to do it. Unfortunately for them, it has spectacularly backfired. Instead of browbeating Libs of TikTok into silence, it has brought Libs of TikTok attention from an even larger audience. The account gained another 175,000+ followers in 24 hours. Babylon Bee CEO Seth Dillion announced that he, personally, was standing with Libs of TikTok and has helped facilitate its moderator’s important work into a career.

But tone-deaf Taylor Lorenz keeps trying to unmake Libs of TikTok with continual tweets justifying her hit piece. Her hypocrisy and the blatant moves to silence conservative voices and the ugly truth as told by the leftists in their own words are falling on increasingly deaf ears. 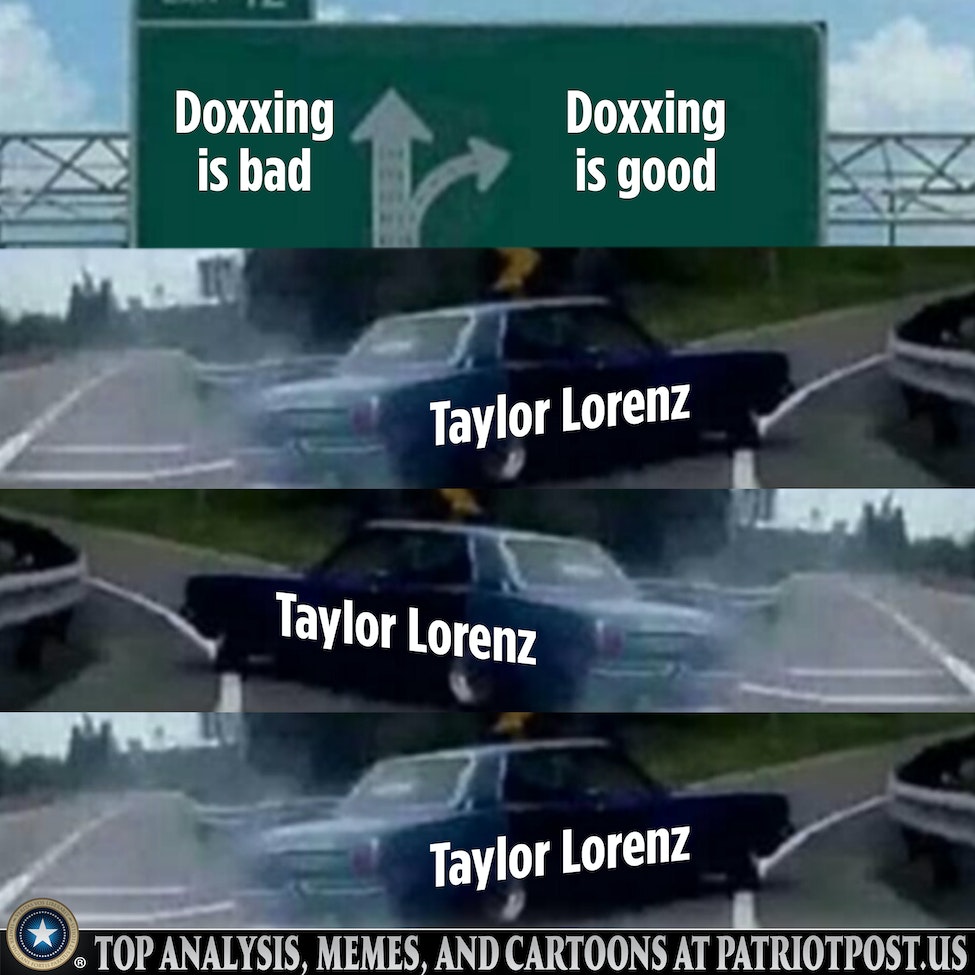