The Medal of Honor — Courage and Sacrifice 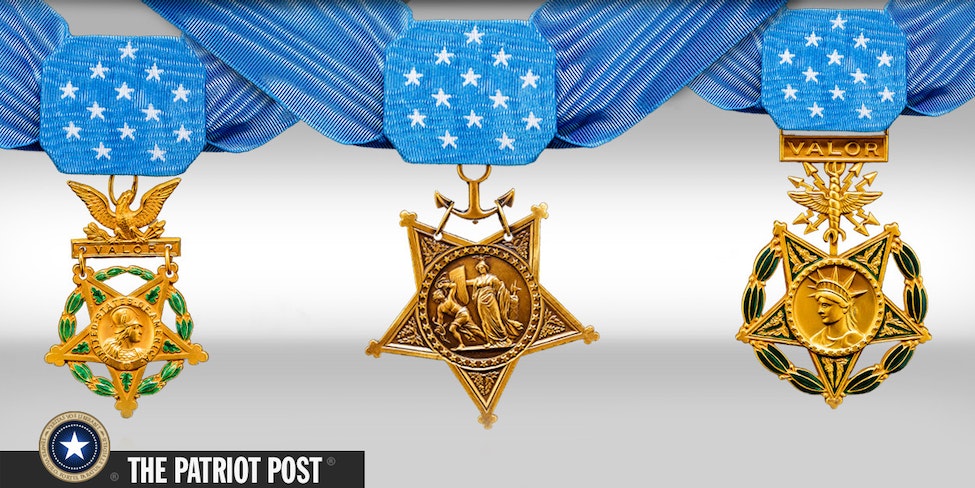 National Medal of Honor Day marks the anniversary observance of the awarding of the first medals on March 25, 1863. Our nation’s highest military honor is awarded for valor – for conspicuous gallantry and intrepidity in action at the risk of their lives “above and beyond the call of duty.”

The six worthy recipients of those first medals were members of “Andrews’ Raiders,” whose valorous acts were immortalized in print and film as “The Great Locomotive Chase.”

That chase started in Big Shanty, Georgia, on April 12, 1862, and ended just south of Chattanooga, Tennessee, near The Patriot Post’s publishing offices.

Almost a year later, Private Jacob Parrott was the first Raider to receive his Medal from Secretary of War Edwin Stanton. Since then, there have been, in the name of the United States Congress as of this date, 3,530 Medals awarded to 3,511 recipients, including 19 double recipients. Today, there are just 65 living recipients.

The current Medal of Honor has its origins in two Revolutionary War awards — the Fidelity Medallion and the Badge of Military Merit. The extraordinary valor associated with those earliest awards, and all of those since, is reflected in six fundamental character traits: Courage, commitment, citizenship, sacrifice, integrity and patriotism.

In a column titled “On Presidential Character,” I wrote about the importance of understanding our history — including our common national history and your own family history.

In 1944, as World War II was turning in favor of the Allies, British Prime Minister Winston Churchill, who was steadfast in his historically informed understanding of how to prosecute tyranny, observed, “The longer you can look back, the farther you can look forward.”

His insight into the value of historical context is as timeless as history itself. With this in mind, I invite you to journey with me for a moment and to allow me to share a thread of my family history.

Recently, I’ve been researching some of our paternal family lines back to the Revolutionary War Patriots from whom we are directly descended. Our family was in Tennessee well before statehood, and the first of my father’s line arrived from Virginia in 1782, when Tennessee was considered a territory in the western part of North Carolina.

Among the Revolutionary War Patriots in that line, the one I find most fascinating is George Gillespie (1730-1794). Col. Gillespie, along with his brothers and sons, fought beside Col. John Sevier at Kings Mountain in October of 1780, and defeated Gen. Charles Cornwallis’ henchman, the infamously brutal Major Patrick Ferguson.

As the Crown endeavored to ensure control of the breadbasket of its Colonies — Virginia, and North and South Carolina — Cornwallis sent Ferguson to the Western Carolinas to force pledges of Tory support from settlers, which he did with great prejudice. At the time, my ancestors occupied what was the western colonial frontier, and they were a fiercely independent breed whose courage and resolve was greatly underestimated by Cornwallis and Ferguson.

Responding to threats against those Patriots who refused to pledge their loyalty to the Crown, and threats against their families, my ancestors were not content to wait on Ferguson and his legions to arrive. They rose up and set out east across the mountains, intent on taking the battle to the British Loyalists.

The “Overmountain Men” found and engaged Ferguson on Kings Pinnacle. The Scotsman was noted for wearing a brightly colored red shirt, which made him a distinct target even at some distance. Early in the engagement, a militia ball took him out of his saddle, but his foot locked into the stirrup and his spooked horse dragged him into the Patriot lines, where he collected seven more rounds!

The Redcoats’ defeat at Kings Mountain after the death of Ferguson was, arguably, a significant turning point in the Revolutionary War. Col. Gillespie would go on to volunteer with Gen. Francis “Swamp Fox” Marion, providing his own mount and arms. He then served with George Washington at Yorktown, where Cornwallis surrendered in 1781.

Col. Gillespie’s grandson, another Tennessean, Gen. George Lewis Gillespie Jr., graduated second in his U.S. Military Academy class of 1862. Two years later he would receive his Medal of Honor for running important dispatches through enemy lines at the Battle of Cold Harbor. As was the case with several of our East Tennessee kinfolk, brothers fought against brothers in the War Between the States and GLG’s family members fought for the Confederacy. (Notably, their mother provides our family lineage back to another famous Tennessean, Sam Houston.)

Gen. Gillespie returned to West Point as a professor after the war and remained there until his death in 1913. He is interred at the USMA Post Cemetery. Of note, 10 years before his death, he patented a redesign of the Medal of Honor, which he turned over to the Department of Defense. That design is the model for the modern Medals of Honor today. 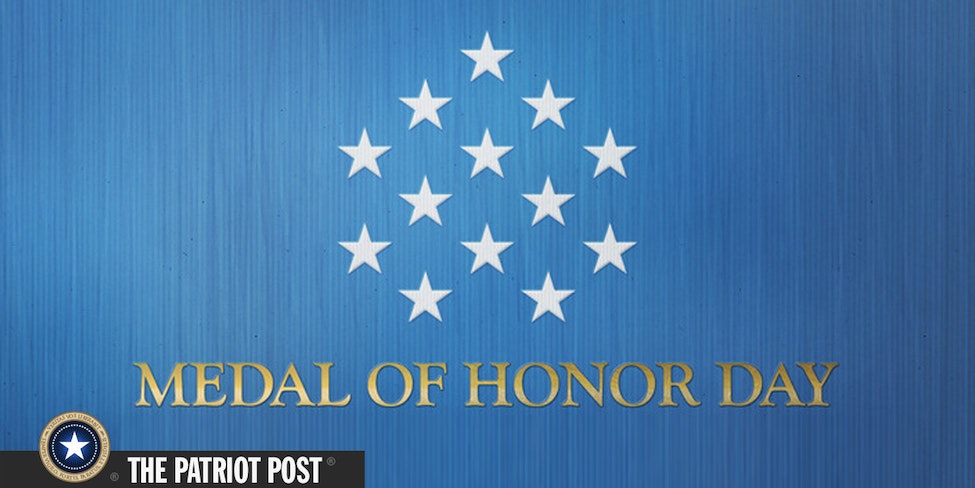 That, then, is a glimpse into the generations of American Patriots from whom we are descended. Like many of you, our family legacy includes those who have honored their sacred oaths “to Support and Defend” our Constitution at risk of blood and life. Our line extends to my grandfather who was an aviator in World War I, my father who served as a Naval Aviator in World War II, through me and now to my oldest son, who is a graduate of the Air Force Academy and cross-commission into the Marine Corps where he is an infantry officer.

But please hear me loud and clear…

Claim to the legacy of our family line of Patriots is not just that of our family — it is our claim — it is the shared legacy of all American Patriots who stand in defense of Liberty today, whether you have been an American citizen for 10 days or are descended from 10 generations.

It is our shared legacy and our shared burden to extend Liberty to the next generation.

In the preamble to our Constitution, George Washington and the delegates to the Constitutional Convention (September 17, 1787) wrote, “We the People of the United States, in Order to … secure the Blessings of Liberty to ourselves and our Posterity, do ordain and establish this Constitution for the United States of America.”

“Secure the Blessings of Liberty to ourselves and our Posterity.”

This is our duty.

Foremost among those Patriots who have fought to secure those blessings are those who have received the Medal of Honor for their sacrificial service to their fellow Soldiers, Sailors, Marines and Airmen. On March 25, the day set aside to recognize them, I ask that you take time to honor their sacrifice and contemplate the legacy that you yourself will leave for the next generation.

Finally, Finally, I have the humble privilege of serving on the National Advisory Board for the National Medal of Honor Heritage Center in Chattanooga, TN. This historic center honors the First Medals which were awarded for actions there during the War Between the States, and promotes the character trait pillars demonstrated by those who have received it in the years since.

Biden Fires Away at Most Guns

Where Is Peng Shuai?

“The right of the citizens to keep and bear arms has justly been considered, as the palladium of the liberties of a republic; since it offers a strong moral check against the usurpation and arbitrary power of rulers; and will generally, even if these are successful in the first instance, enable the people to resist and triumph over them.” –Joseph Story