Extending Liberty to the Next Generation

“Honor, justice, and humanity, forbid us tamely to surrender that freedom which we received from our gallant ancestors, and which our innocent posterity have a right to receive from us. We cannot endure the infamy and guilt of resigning succeeding generations to that wretchedness which inevitably awaits them if we basely entail hereditary bondage on them.” —Thomas Jefferson 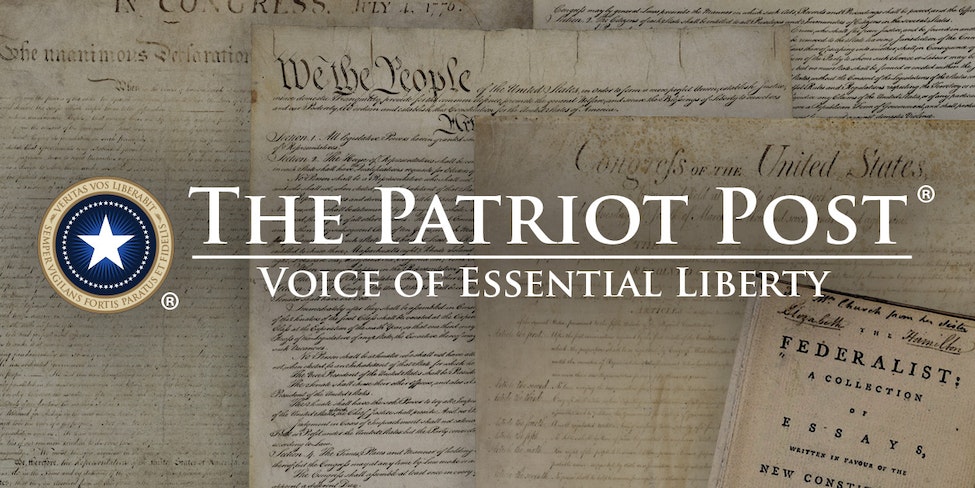 September 17th is a significant date on our Patriot calendar for two reasons.

First, it is, of course, Constitution Day, in recognition of the anniversary of that venerable document’s signing by our nation’s Founders in 1787.

Regrettably, many of those occupying the executive, legislative and judicial branches of our national government today pay no homage to that historic document, much less its implications for our nation and the future of Liberty. Some have outright contempt and disregard for their solemnly sworn oaths “to Support and Defend” our Constitution.

But such disregard does not alter its timeless and authoritative prescription for Rule of Law over rule of men, as explicated by James Madison, John Jay and Alexander Hamilton in The Federalist Papers.

And the second reason this date is significant to your Patriot team: Constitution Day also marks the publishing anniversary of The Patriot Post’s first edition in 1996 — which is to say, The Patriot turns 20 this week.

When we charted new territory in what was then an untested medium, the mass media had a monopolistic stranglehold on public opinion. An outspoken fellow named Rush Limbaugh was leading the conservative charge into talk radio, and Fox News Channel was breaking ground with a right-of-center perspective on cable television.

But Liberty was waiting for its Internet voice. We were the first to answer the call, and we are now the longest serving conservative digest on the Web.

Over the last 20 years, thousands of “news and policy” websites have come and gone. But thanks to the steadfast support of Patriots like you, and thanks to the tireless efforts of our devoted team of editors, technical and creative staff, and support personnel, The Patriot Post has grown from its humble beginnings into a highly acclaimed touchstone of Liberty for conservative grassroots leaders across our nation.

Indeed, it is now an indispensable resource for the force multipliers in our ranks — those who have enlisted many others to the eternal cause of Liberty.

Liberty is an unalienable right of all people, as our Founders enumerated in our Declaration of Independence and codified in our Constitution.

Our mission, from day one, has been to advocate for individual rights and responsibilities, to support the restoration of constitutional limits on government and the judiciary, and to promote free enterprise, national defense and traditional American values. Our objective remains to equip the current generation of American Patriots with concise but comprehensive coverage of the most important news and policy from a First Principles perspective.

This morning, one of my editors commented on the brevity of this column, saying, “That was easy.” However, there has been nothing “easy” about any day of our journey over the last 20 years.

If tasked with choosing the two most important quotes from all the words of wisdom that have motivated and guided our journey, the first would be from Jesus of Nazareth, recorded in Luke, chapter 12: “From everyone who has been given much, much will be demanded; and from the one who has been entrusted with much, much more will be asked.”

Second would be these words on eternal Liberty from George Washington, who declared, “Our cause is noble; it is the cause of mankind!”

Our cause is noble, and it is the cause of mankind!

I owe our team, and each fellow Patriot reading these words, a great debt of gratitude for keeping the fires of Liberty burning bright on the pages of The Patriot Post. I invite you to read a brief history of our transition from The Federalist to The Patriot Post.

On behalf of our editorial staff and National Advisory Committee, we thank you for allowing us to serve you, and we’re humbled to count you among our Patriot ranks. Rest assured that our mission and operations will always reflect our motto: Veritas vos Liberabit — the truth will set you free (John 8:32).

P.S. On a personal note, there is a third reason why September 17th is special. It’s the birthday of our oldest son!