It’s astounding just how much damage one man can do in with a pen and a few days.

“If you can’t get the votes … you can’t [legislate] by executive order unless you’re a dictator. We’re a democracy. We need consensus.” —Joe Biden in October

That was then; this is now. Acting like a dictator is now a virtue. Under cover of the mass hysterics about the Capitol ‘insurrection’ and the impending Trump impeachment farce, the Biden/Harris regime has decreed a record number of executive diktats with Joe Biden’s pen, enacting their radical leftist agenda. Members of Congress prefer this because they don’t have to take tough votes or worry about GOP opposition.

He has blown away the previous record for executive actions in the opening days of his presidency. He signed a whopping 17 executive orders and actions in his first few hours and has followed that up with even more in his first 10 days — the total is close to 40, including at least 25 executive orders. The Dispatch reports, “Over the same timeframe, Donald Trump and Barack Obama had both signed 20, George W. Bush five, and Bill Clinton 11.” We fully expect Biden is only just getting started playing the role of dictator, and whenever Kamala Harris takes over she’ll do likewise. (And on that note, Mark Alexander says, “It is my estimation that Biden’s massive EO dump is an effort to hurriedly establish his presidential legacy as it will be short-lived.”)

But even The New York Times is telling Joe to “ease up on the executive actions.” While cheering on the substance of his actions, the Gray Lady’s editorial board lightly chastises, “This is no way to make law.”

White House communications director Kate Bedingfield slammed the Times editorial on social media: “As the NYT ed board criticizes President Biden this am for taking swift executive action to reverse the most egregious actions of the Trump Admin, I can’t help but recall that during the primary they encouraged voters to consider what a president could accomplish through exec Action.”

Most presidents resort to executive orders when they cannot get a measure through Congress. But last time we checked, Biden was a Democrat and the House and Senate are both controlled by Democrats.

What has Scranton Joe done to rule your life? Plenty. What follows is a list of his executive orders so far and their significance:

Remember: With one exception, the above list is just the executive orders. We didn’t list the other actions and memorandums from the Oval Office, or even scratch the surface of all the edicts being pumped out of his cabinet offices and other bureaucracies. The clear goal is to erase as much of the last four years as quickly as possible. That may be good for Democrats, but it’s absolutely terrible for America. 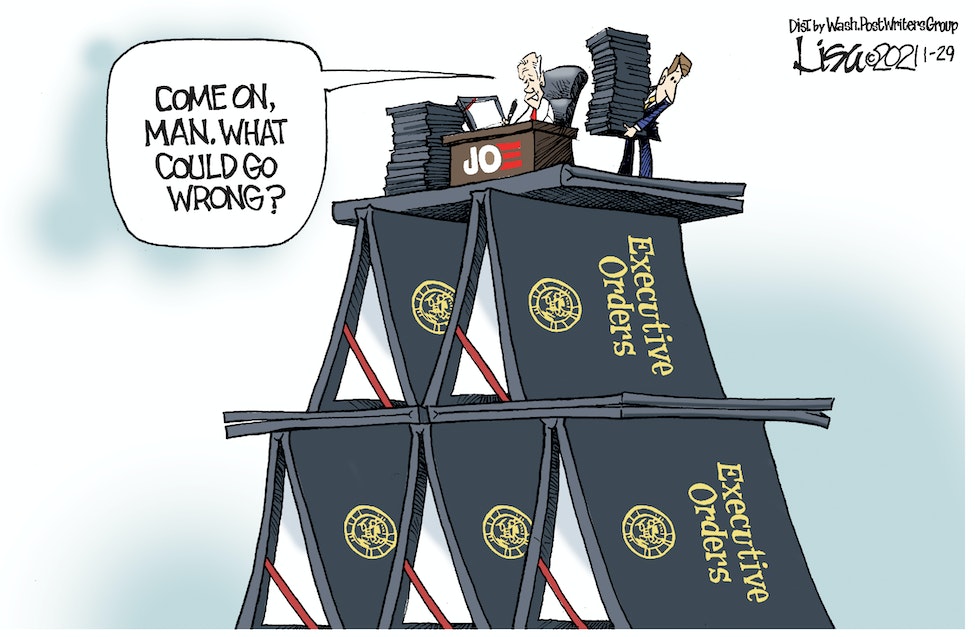 Who Is Really Controlling What News You See?

Is Ukraine an American Priority?

“It is a common observation here that our cause is the cause of all mankind, and that we are fighting for their liberty in defending our own.” —Benjamin Franklin (1777)