Hunter Biden, You Can Come Out Now!

MSM: “We must treat the Hunter Biden leaks as if they were a foreign intelligence operation — even if they probably aren’t.”

“Republics are created by the virtue, public spirit, and intelligence of the citizens. They fall, when the wise are banished from the public councils, because they dare to be honest, and the profligate are rewarded, because they flatter the people, in order to betray them.” —Justice Joseph Story (1833)

Hunter Biden has been conspicuously absent since the discovery of Joe Biden’s corrupt pay-to-play ChiCom dealings, evidence of which abounds on Hunter’s laptop. One might fairly assume that he has therefore been temporarily sequestered in the Federal Witness Protection Program — or some luxury rehab resort.

As for revelations about Joe Biden’s connections with the ChiComs, that story has apparently been laid to rest in Jimmy Hoffa’s coat pocket.

After Biden’s deep-state operatives and politicos labeled the ChiCom revelations “Russian disinformation,” the story disappeared — like the persona non grata that Joseph Stalin had airbrushed from official Communist Party photos. As if the Democrat Party’s legions of Leftmedia apparatchiks and their leftist social media minions hadn’t already sufficiently rigged the election for Biden, they ensured his corrupt links to the Red Chinese evaporated into thin air.

With great bellicosity, Schiff declared, ad nauseam: “We know that this whole smear on Joe Biden comes from the Kremlin. … Clearly, the origins of this whole smear are from the Kremlin, and the president is only happy to have Kremlin help in trying to amplify it. I think we know who the driving force behind this smear has been all along, and it’s been the president and the Kremlin. The Kremlin has an obvious interest in denigrating Joe Biden. They want Donald Trump to win. … He’s been the gift that doesn’t stop giving for the Kremlin, so clearly, they want to help him, so they want to denigrate the vice president. The intelligence community has made that abundantly clear, and this particular smear, though, has also been acknowledged to come from the Kremlin, and there it is in the Oval Office, another wonderful propaganda coup for Vladimir Putin, seeing the president of the United States holding up a newspaper promoting Kremlin propaganda.”

Schiff was joined in his fake assessment by a cadre of former Obama-Biden deep-state operatives headed by former CIA Director and leftist coup co-conspirator John Brennan. They claimed in a letter that the accusations had “all the classic earmarks of a Russian information operation,” adding, “If we are right, this is Russia trying to influence how Americans vote in this election.” However, they covered their butts, noting, “We want to emphasize that we do not know if the emails … are genuine or not and that we do not have evidence of Russian involvement — just that our experience makes us deeply suspicious that the Russian government played a significant role in this case.”

Fact is, their letter had all the earmarks of “Russian disinformation,” and Biden’s response followed the old smoke-and-mirrors maxim, “Admit nothing, deny everything, and make counter-allegations.” Brennan, et al., provided Biden with the necessary cover to insist, in one of his only statements about the corruption charges, “The vast majority of the intelligence people have come out and said there’s no basis at all.”

Despite all the demands right now that the Trump campaign produce evidence of presidential election voter fraud, there’s not a shred of evidence that any of Schiff’s Kremlin assertions were true.

That notwithstanding, Schiff’s narrative completely dominated the MSM’s reporting, which they then used to justify killing the report. Notably, the Leftmedia’s blacking out of the Biden-ChiCom connection coincided with the unraveling of Biden’s deception, as key witnesses corroborated the information found on his son’s laptop.

Typical of Biden’s Beltway media disposal of the charges was this assertion by Thomas Rid in The Washington Post: “We must treat the Hunter Biden leaks as if they were a foreign intelligence operation — even if they probably aren’t.” 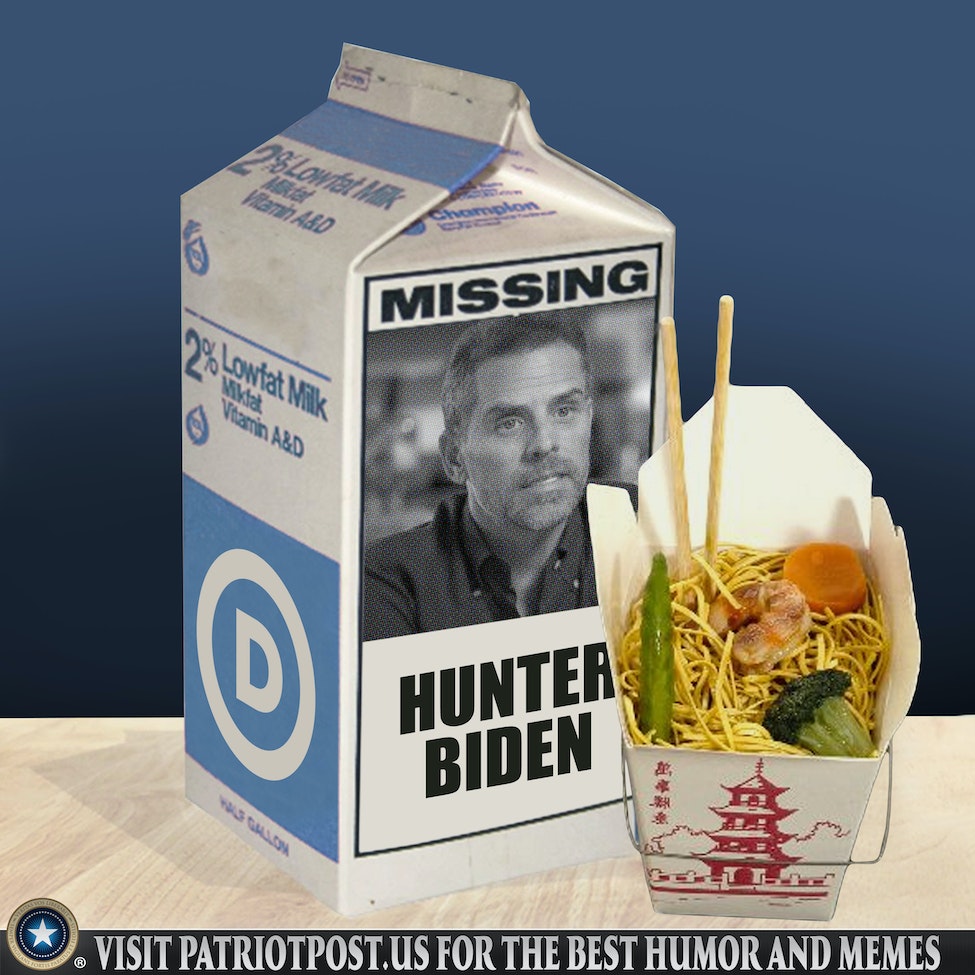 The unmitigated absurdity doesn’t get much richer than that — until it does!

Just days after the election, Politico leftists Kyle Cheney and Andrew Desiderio gleefully reported, “Donald Trump’s eleventh-hour efforts to impart a stain of criminality onto President-elect Joe Biden … failed to gain traction outside of the Trumpworld echo chamber as Trump hurtled toward an Election Day defeat.” They conclude that the files on Hunter Biden’s laptop “have been trumpeted in the far-right media echo chamber, but have not stood up to scrutiny when investigated, and did not conclusively show any corruption.”

You might be wondering, “What scrutiny? What investigation”? But just move along. There’s nothing to see here.

As left-leaning investigative journalist Glenn Greenwald concludes: “Whatever else is true about this whole sordid affair, no evidence has emerged — none — that the Russians have played any role in any of this. It is of course possible that one day such evidence may be found of involvement by the Russians — or the Chinese, or the Iranians, or the Venezuelans, or the Saudis, or any other state or non-state actor your imagination might conjure. One cannot prove the negative that this did not happen.”

He concludes: “Yet again we find that the most prolific propagators of Fake News and disinformation are not the enemies of the mainstream U.S. media. It is the mainstream U.S. media itself that deceives, propagandizes and spreads disinformation on behalf of the coalition of the intelligence community and the Democratic Party far more than any other faction or entity.”

So, how to best exhume and expose the Biden/ChiCom corruption evidence from whatever Demo burial crypt it currently resides to ensure the Biden crime syndicate can’t cremate the evidence?

Memo to President Trump: Attorney General Bill Barr could name a special counsel to take over whatever the FBI is currently doing with this case. Given that the FBI has had an open money-laundering investigation targeting Hunter Biden since last December, a special counsel can expand that probe to include the broader charges against Biden.

Maybe that has been the Demos’ plan all along — to “force” a Biden resignation and seat Kamala Harris!

If AG Barr doesn’t take that action, then Hunter, you can come out now! The Big Guy has you covered.

Footnote: Patriots, stand fast and firm, and remember who YOU are — who WE are together.

The most cost-effective investment you can make to promote the future of Liberty is to support The Patriot Post and grow our Patriot ranks. We rely entirely on the voluntary funding of Patriots like YOU. Please support The Patriot Fund’s Year-End Campaign today. Thank you.

In Brief: The Big Lies We Cannot Question