The Left’s Endless Assault on Patriots in Uniform 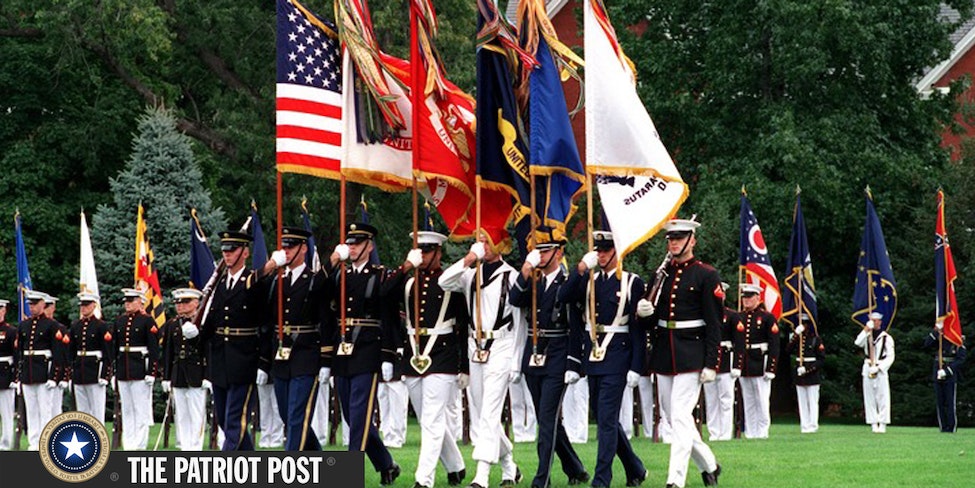 Just in time for Armed Forces Day, the commander in chief is heralding the confirmation of Eric Fanning as the first homosexual Army Secretary.

Adding insult to injury, I just got word from my friend, LtGen Jerry Boykin (USA, Ret.), that, after surviving 36 distinguished years in the Army, including 13 with Delta Force, he has fallen victim to Obama’s “PC Potty Wars.” Jerry was just fired from his teaching position at Hampden-Sydney College after posting a humor comment on his social media page: “The first man who goes in the restroom with my daughter will not have to worry about surgery.” (More on this issue in tomorrow’s Digest.)

There were related announcements from Obama this week, including his proclamation for the International Day Against Homophobia and Transphobia (apparently there is one) and the appointment of a trans-something-or-other, who uses the name “Barbara Satin,” to serve on his Advisory Council on Faith Based organizations. That’s “Satin,” not “Satan,” but perhaps a distinction without a difference.

There was even a more subtle propaganda play ahead of Armed Forces Day.

On the popular TV series called “NCIS,” the show’s production company, CBS, arranged for a featured cameo with Michelle Obama and the show’s leading character played by Mark Harmon. The first lady was given a prominent part to express how much Barack Obama and his administration care about our military personnel.

What a truckload of bull pucky! Harmon must know that this cameo charade was an insult to almost all American military personnel.

For the record, the Obamas loathe our military and have undercut our warriors at every turn — from slashed military budgets to deadly oppressive rules of engagement, from absurd social experimentation to the murderous scandal at the VA and the Benghazi lies, from the Bowe Bergdahl deal to the abandonment of a hard-won victory in Iraq. Indeed, Barack and Michelle have almost as much demonstrable disdain for our men and women in uniform as Bill and Hillary Clinton.

Make no mistake about it, Obama’s 2012 re-election promise to “end the war in Iraq” and his subsequent OIF retreat created the most formidable terrorist entity in the history of the Middle East — the Islamic State.

While Obama’s political ruse won him re-election, it will take a lot more American blood and treasure to contain the threat he created for the next administration — particularly given Obama’s nuke deal with Iran. The current generation of young Patriots in uniform, and the generation to come, will have a heavy burden to bear in fulfillment of their solemn oaths “to Support and Defend” our Constitution.

And they will have to do a lot more with a lot less, given that our current military force levels have sunk below pre-WWII levels.

All that notwithstanding, outside the Beltway, millions of Patriots will offer due honor and respect for those Soldiers, Sailors, Airmen, Marines, and Coastguardsmen serving our nation, both in observance of Armed Forces Day on May 21 and Memorial Day on May 30. 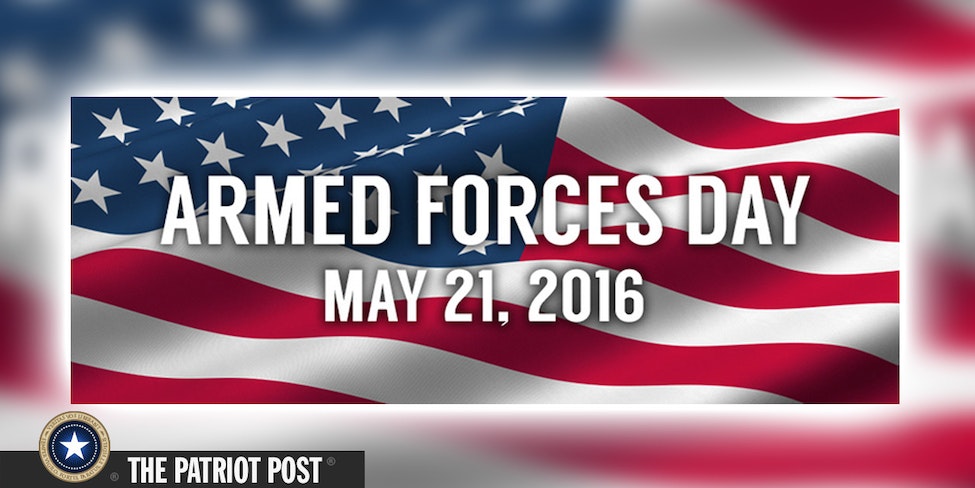 In 1950, President Harry Truman called for establishment of a designated day to recognize the extraordinary service and sacrifice of our military personnel. Armed Forces Day consolidated the anniversary observations for the Army, Navy, Marines and Air Force, following the unification of the service branches under the newly formed Department of Defense.

While The Patriot Post still observes and promotes the establishment dates for each of our military service branches, it is fitting that we also set aside the third Saturday in May in recognition of all military personnel. So, please pause with me for a moment while I share a few personal observations from my hometown of Chattanooga, which hosts the largest and longest continuously running Armed Forces Day celebration in the nation.

Gen. Neller also welcomed my old friend, Medal of Honor recipient Charles H. Coolidge, at the head table. The first Medals of Honor were awarded for actions around Chattanooga during the War Between the States, and plans to construct the Medal of Honor Heritage Center in Chattanooga’s Coolidge Park are underway.

Mr. Coolidge represents the best of American Patriots past and present, and, as such, I invite you to read his Medal of Honor citation.

What his citation does not include is that at one point, as Mr. Coolidge recounts, a German tank commander yelled from his turret, in perfect English, “You must surrender.” Mr. Coolidge replied, in his Tennessee draw, “Sorry Mac, you’ll have to come and get me.”

The AFD events this year were attended by a record number of Patriots, all of whom share an undivided love for our country and devotion to Liberty. They embody the sentiments that George Washington expressed in his Farewell Address: “The name of American, which belongs to you, in your national capacity, must always exalt the just pride of Patriotism, more than any appellation derived from local discriminations.”

Fellow Patriots, let us thank God each and every day for our great nation, and especially for those Patriot citizen soldiers who are defending it. For those who have died in the service of our country, let us, as Gen. George Patton insisted, “thank God that such men lived.”

Dems Are Desperate to Prebunk Durham

“During the course of administration, and in order to disturb it, the artillery of the press has been levelled against us, charged with whatsoever its licentiousness could devise or dare.” —Thomas Jefferson (1805)