Gender and the Theater of the Absurd – LBGTQ Manifestations Are “Gender Appropriation.”

“In the supposed state of nature, all men are equally bound by the laws of nature…” —Samuel Adams (1794)

Disgruntled liberal protagonists, short on substance for their arguments, often resort to denigrating their opponents with labels. For example, if you disagree with their “LGBT” (lesbian-gay-bisexual-transgender) “gay pride” agenda, you’re “homophobic.” (For the record, “gay pride” is an oxymoron.) Or if you disagree with their statist climate agenda you’re a “science denier.”

There are strong meritorious arguments opposing both these leftist orthodoxies, but allow me a bit of acerbic sarcasm to return fire, and label those promoting the LGBT agenda as “heterophobic gender deniers.” June, after all, is “LGBT Pride Month,” which means plenty of celebrations in the theater of the absurd. (Heterophobic: Fear of Diversity)

But before addressing those gay merriments, allow me also, by way of disclaimer, to submit that what follows is not a “conservative” or “religious” perspective on sexuality. In fact, I believe the private affairs of consenting adults, however sordid, are their business — until they attempt to normalize and nationalize them.

My perspective on this issue is informed by a keen sense of the obvious in regards the “natural order,” which today’s liberals profess to embrace, at least when it serves their political agendas. I am fascinated by the abject hypocrisy of those who, ostensibly, seek to preserve the natural order of the universe while simultaneously advocating the most fundamental violation of that order via gender confused politics.

The Laws of Nature upon which our Founders, classical liberals, asserted the endowment of Liberty are the same laws that contemporary liberals, who bear no resemblance to the classicals, so fervently reject today. They argue that licentiousness is consistent with Liberty. Nothing could be further from the truth.

This adulterated opinion is neither novel nor new.

The challenge is to find the right balance, and in my considered opinion regarding those who advocate normalizing gender attraction and identity dysphoria (the “LBGTQ” who self-identify lesbian, gay, bisexual, transgender or queer, and exhibit gender attraction and identity disorientation), over the last decade our culture has become dangerously imbalanced to the side of unmitigated licentiousness, the antithesis of American Liberty and the constitutional Rule of Law upon which our Republic is founded.

And make no mistake: The Democratic Party’s gender play is, first and foremost, a shrewd political calculation based on the susceptible sentiments of its largest constituent bloc, female voters. “Rights” are a distant second.

That being said, here are a few manifestations of how gender licentiousness continues to metastasize.

Without any constitutional authority, much less your consent, this month your taxes are being used to fund gender disorientation festivities in federal bureaucracies, including most notably the Department of Defense. At DoD and other agencies, Deep State holdovers from the previous administration are still implementing gender dilution policies.

At the Pentagon, Barack Obama‘s still-embedded homosexual advocate is Anthony Kurta, undersecretary for personnel and readiness. Kurta declared last week, “We take pride in the contributions of all who defend and serve our country, and rely on the diversity of our members to meet our mission.” [Emphasis added.]

Really? Our nation now relies on military ranks being used as cultural Petri dishes for gender confused policies “to meet our mission”? I think we depend on superior foot soldiers and firepower to meet our mission.

In a ceremony this week, Kurta announced the recipients of the “Pride Military Leadership Awards,” including one to Army Maj. Gen. Tammy S. Smith, the first flag officer to “come out” after Obama and his social engineering Democrats repealed Bill Clinton’s “Don’t Ask, Don’t Tell” policy.

And on the subject of the DoD’s surreal gender accommodations, at New York’s big “Gay Pride” parade this month, former Army PFC Bradley Manning (now “Chelsea” after his taxpayer funded gender reassignment while he was in prison for treason) was featured atop the ACLU’s float – adorned with large “resist” banners. As you recall, Obama awarded this traitor a midnight pardon just before leaving office – a fitting metaphor for Obama’s tenure as “commander in chief.”

Objecting to DoD’s gender sensitivity training and ceremonies, Retired Army Lt. Gen. Jerry Boykin, former head of Delta Force, protested, “For 16 years we’ve been at war. When service members are not deployed overseas, they are preparing for war. Not one minute of preparation time should be squandered on social experiments.”

Unfortunately, Donald Trump’s nominees to replace these high-ranking agency personnel have yet to be approved by the recalcitrant Republican Senate, because the Left is successfully holding Trump’s agenda hostage with its DemoMSM propaganda machine’s fake news conspiracy theories. First it was about “Russian collusion.” Having failed on that fake front, it’s now about “obstruction.”

In the field, there are plentiful examples of Obama-regime appointments still moving up the pipeline, most notably the high-profile appointment of the new Air Force Commandant, Kristin Goodwin — who arrived in Colorado Springs with her “wife.” Again, while Goodwin’s choice of a mate is just that, her choice undoubtedly elevated her above other qualified candidates for the Commandant post. She was a qualified command pilot but the most qualified lesbian command pilot.

But more notable than the DoD Deep-Staters who continue to advance unabated was a casualty of heterophobic politics on Capitol Hill. In May, Trump’s exceptionally qualified nominee for Secretary of the Army, Dr. Mark Green, a decorated combat Special Operations Flight Surgeon, made the difficult decision to fall on his own sword rather than become yet another distraction to Trump’s agenda.

Because Dr. Green’s views on homosexual pathology did not comport with the LGBT orthodoxy that has overwhelmed opinion inside the Beltway.

Beyond the Beltway, here are some examples of gender denier news this month: 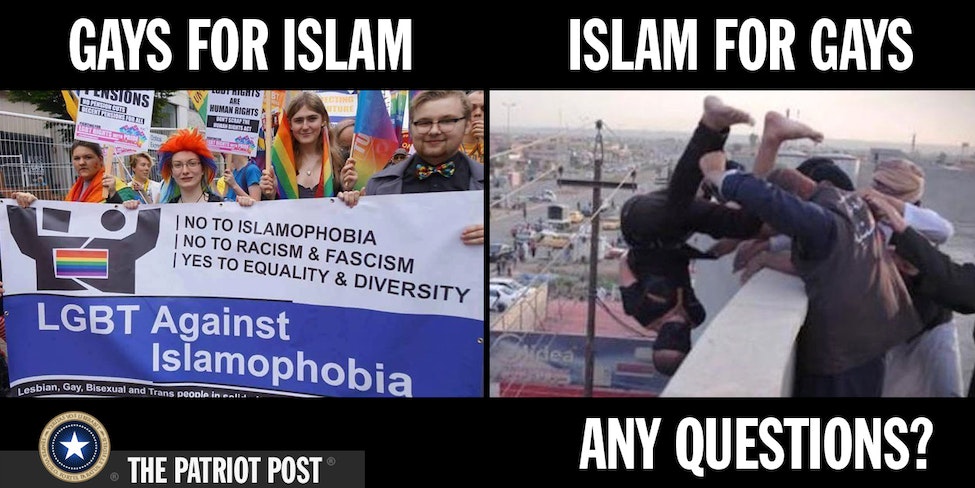 However, not all is copacetic between Democrat factions and the LGBT crowd. Many black Americans strongly object to homosexual “appropriation” of the genuine civil rights movement by claiming that the LGBT agenda is also a civil rights issue. And not only are feminist groups objecting to the “transgendered” crowd stealing their thunder, but other homosexual groups are rejecting the “transgendered.”

For the record, there is no such thing a “transgendered,” and the word itself constitutes an egregious and intentionally deceptive misnomer and adulteration of science. Following the science and the obvious, there are in fact only two genders, male and female, despite denial by adherents of gender-confusion ideology. According to the science, every individual, from conception to death, regardless of elective surgical alterations or personal pronouns, will irrevocably and unalterably be male or female. A [gender dysphoric individual](https://www.psychiatry.org/patients-families/gender-dysphoria/what-is-gender-dysphoria) can “identify” and call himself or herself whatever he or she wants, but asking society to standardize and comport with his or her gender disorientation is absurd. The notion of so-called “gender reassignment” is equally fallacious.

To read how far-askew the advocacy of transgender ideology has devolved in their effort to deny the science, read my exposition, “Can Men Get Pregnant.”

I should note, some ideological gender redefinition activists refute binary gender claiming gender is on a “spectrum” because of a very rare birth defect resulting in an individual being “intersexed” — born without a clear anatomical indication of being male or female. But this condition is a physical genital defect — the individual is, as with all individuals, chromosomally either male or female. The binary sexuality of the individual is not in question.

And if I might observe, regarding the fashionable “cultural appropriation” chatter on the Left, all those LBGTQ manifestations are clearly “gender appropriation.”

Finally, it is no small irony that we celebrate Father’s Day in the month usurped by the LGBTers, because it can well be argued that one of the most significant contributing factors in gender disorientation is the lack of effective fathers in families.

There are some genetic factors related to a predisposition for effeminate characteristics — which tragically, attract homosexual pedophiliac predators to young males, thus scarring their gender identity forever. I have listened to friends, suffering with gender attraction disorientation, recount the predation of pedophiles.

But more is taught than caught, and a major factor in sexual attraction and gender identity dysphoria is failed fathering and broken families.

Finally, one reason gender-disoriented individuals suffer other depressive and personality disorders, including suicide ideation, is because they suffer underlying pathology and brokenness that, in part, manifests as gender confusion.

The American Psychological Association and American Psychiatric Association abandoned these individuals in their pathological misery when these organizations bowed to political pressure to “normalize” homosexuality, and essentially, officially declared that the various manifestations of gender disorientation are not rooted in pathology. Likewise, and equally negligent, the American Medical Association adopted a similar diagnostic assessment.

This is surely the greatest diagnostic dereliction in contemporary health professions.

All being said, I would encourage compassion for those who have gender identity issues — noting that “celebrating” those issues, in effect, upholds and supports them in misery.