The J6 Capitol Protest: A Retrospective

Despite Trump’s considerable domestic and foreign policy successes, the stain of that fateful day is indelible.

As a diversion from almost a full year of Joe Biden’s abject failures, resulting in his record-low approval ratings and record-high disapproval ratings, the usual cadres of the Democrat Party’s inept “leaders,” Biden, Kamala Harris, Chuck Schumer, and Nancy Pelosi, have been anxiously awaiting this day. It’s the one-year anniversary of the January 6 (J6) riot, a dog-whistle distraction to relive in detail the day when a gaggle of jackasses conducted their brief but ugly occupation of the Capitol building.

That unfortunate event provided Pelosi’s “insurrection inquisition,” her theater of the absurd, plenty of fodder for the Biden regime’s effort to paint all conservatives as “insurrectionists.” The Demos are hoping their Leftmedia propagandists’ coverage of the J6 anniversary will be a booster shot for Biden, who commemorated the occasion as the “darkest day in our democracy [sic].” Reality check: Based on the events this past year, it was much less dark than his inauguration two weeks later.

Ironically, there was an actual and infinitely more insidious and dangerous insurrectionist coup attempt preceding J6 — the Democrat deep-state conspiracies collaboration to take down the presidency of Donald Trump using a fictitious “Russian collusion” narrative created by Hillary Clinton’s campaign.

Given the civil and lawful tenor of ALL previous Trump rallies during his tenure, there was no reason to expect that some of those in attendance that day would resort to the riotous thuggery previously associated with “peaceful protests” by key Demo constituencies — their Black Lives Matter gangsters and antifa goons. Accordingly, we have condemned the J6 rioters from the moment a split fraction of those attending Trump’s “stolen election” rally staged their destructive, self-aggrandizing riot.

We have also chastised Trump for not immediately condemning their actions — despite urgent calls from key advisers, including Don Trump Jr.‘s text to his dad’s then-Chief of Staff Mark Meadows: “He’s got to condemn this s—t ASAP. … We need an Oval Office address. He has to lead now. It has gone too far and gotten out of hand.”

After his rally speech, for the duration of the riot, Trump sat in the executive dining room just a few steps from the White House briefing room, where he could have immediately condemned the rioters.

It was more than three hours after the Capitol confrontations began (APX 12:50) that Trump finally issued a 70-second statement on his now-banned Twitter account telling the rioters to go home: “We had an election that was stolen from us. It was a landslide election and everyone knows it, especially the other side. But you have to go home now… We have to have peace. We have to have law and order. … So go home. We love you, you’re very special. … I know how you feel. But go home and go home in peace.”

Despite Trump’s considerable domestic and foreign policy successes while president, the stain of his actions and of the rioters that disgraceful day is indelible.

Fortunately, Trump wisely took the advice of key advisers today and canceled a speech he was scheduled to make from his Florida estate. But he did issue a couple of written responses to Biden here and here asserting: “Never forget the crime of the 2020 Presidential Election. Never give up!”

Of course, the J6 riot was not deadly nor very destructive unlike the nearly 600 riots by violent Democrat mobs that besieged our nation for six months prior to the “Capitol insurrection.” It is estimated that there were more than 50 deaths directly associated with that violence, 19 in just the first two weeks of the riots based on the Demos’ “systemic racism” lie. Those murdered included several police officers. There were billions of dollars in damages, all while Democrats remained mostly silent if not actively fomenting those riots.

But on January 6, 2021, Democrats finally found a riot they could condemn. If not for double standards, Democrats would have NO standards.

Back in DC, there have been 725 arrests associated with the J6 riot, and 165 of those defendants have pleaded guilty on federal charges of varying seriousness — not one arrest for insurrection or sedition. But Biden has fully weaponized the Department of Justice to continue the hunt for those insurrectionists.

For his part, Joe “The Unifier” Biden, as anticipated, delivered the most stridently partisan speech of his presidency, hoping to trigger Trump and his most deranged outlying supporters. According to Biden, “Here’s the truth: The election of 2020 was the greatest demonstration of democracy in the history of this country.” Unless you consider millions of the bulk-mail ballots cast by unverified voters.

Biden told reporters: “You can’t pretend. This is serious stuff. You’ve got to face it. That’s what great nations do. They face the truth, deal with it and move on.” Of course no Democrat, including Biden, will “move on.”

For her part, Kamala Harris, apparently now completely reality-challenged, parodied the event claiming: “Certain dates echo throughout history, including dates that instantly remind all who have lived through them where they were and what they were doing when our democracy came under assault. Dates that occupy not only a place on our calendars, but a place in our collective memory: December 7, 1941; September 11, 2001, and January 6, 2021.”

Seriously, she asserted that comparison.

Harris then used the moment tie the J6 protests to the Demos’ HR 1 bulk-mail ballot fraud the so-called “voter rights” legislation, ahead of the trip she and Joe have planned to Georgia.

Brazenly, Biden invoked the name of Trump-supporting Capitol Police Officer Brian Sicknick, who died of natural causes a day after the riot. Biden, Pelosi and Schumer desecrated the death of Officer Sicknick by insisting for months after his death, that he was murdered by protesters — that was a lie and they knew it – and then giving him what amounted to a state funeral. (Biden and Pelosi finally found a deceased police officer they could support.)

Biden also mentioned the murder of Capitol Police Officer William Evans on the Capitol grounds in April – as if either the Sicknick or Evans deaths were related to the J6 protests. Turns out that Evans’ assailant was a radical black Islamist, Noah Zaeem Muhammad, being identified elsewhere as Noah Green. He was a follower of Afrocentric black supremacist Louis Farrakhan, the anti-Semite, anti-American hater who leads the Nation of Islam. Muhammad was shot and killed as he attempted to assault another officer. 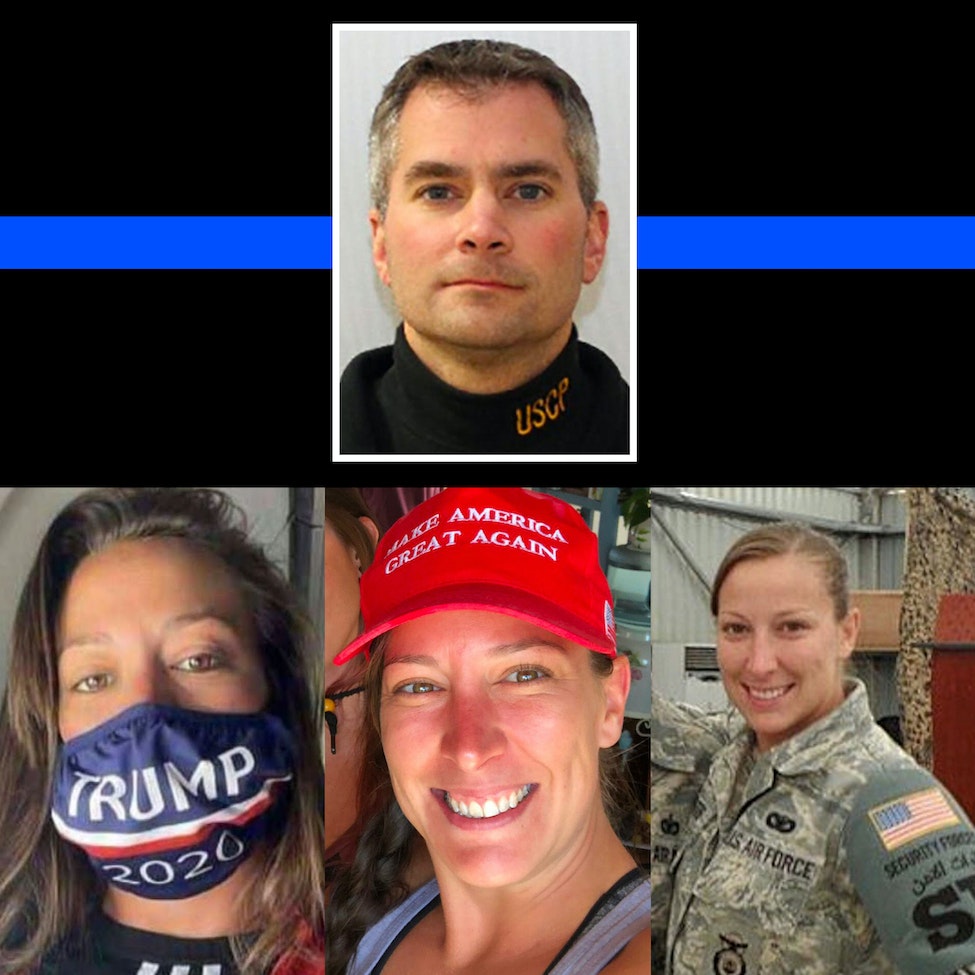 The only person who was actually killed that day was Ashli Babbitt, an unarmed protester who was arguably unjustifiably shot by an incompetent USCP officer. But there was no public investigation or inquiry into that shooting and the records have been sealed by Pelosi.

Finally, the most dangerous person in DC on January 6th last year, an actual terrorist, has not been arrested – and in fact the Garland and the Demos seem to have conveniently forgotten about him. The FBI and BATFE are offering a $100,000 reward for information to convict the person who left pipe bombs outside both the Republican and Democratic National Committee headquarters the night before the protest. Fortunately those devices were discovered before they detonated.

Next up, Democrats and their Leftmedia talkingheads will be attempting to spin the anniversary of Biden’s inauguration and his Statue of Disunion speech to follow – endeavoring to put some of the countless dumpster fires Biden has set ablaze. That will prove to be an interesting exhibition of alternate reality creations — maybe Hunter Biden will whip out his laptop and use his artistic abilities to help!

And the next notable Biden anniversary after that? Democrats will be avoiding that one like the ChiCom Virus! Just before the midterm election falls the anniversary of Biden’s disastrous and deadly surrender and retreat from Afghanistan… 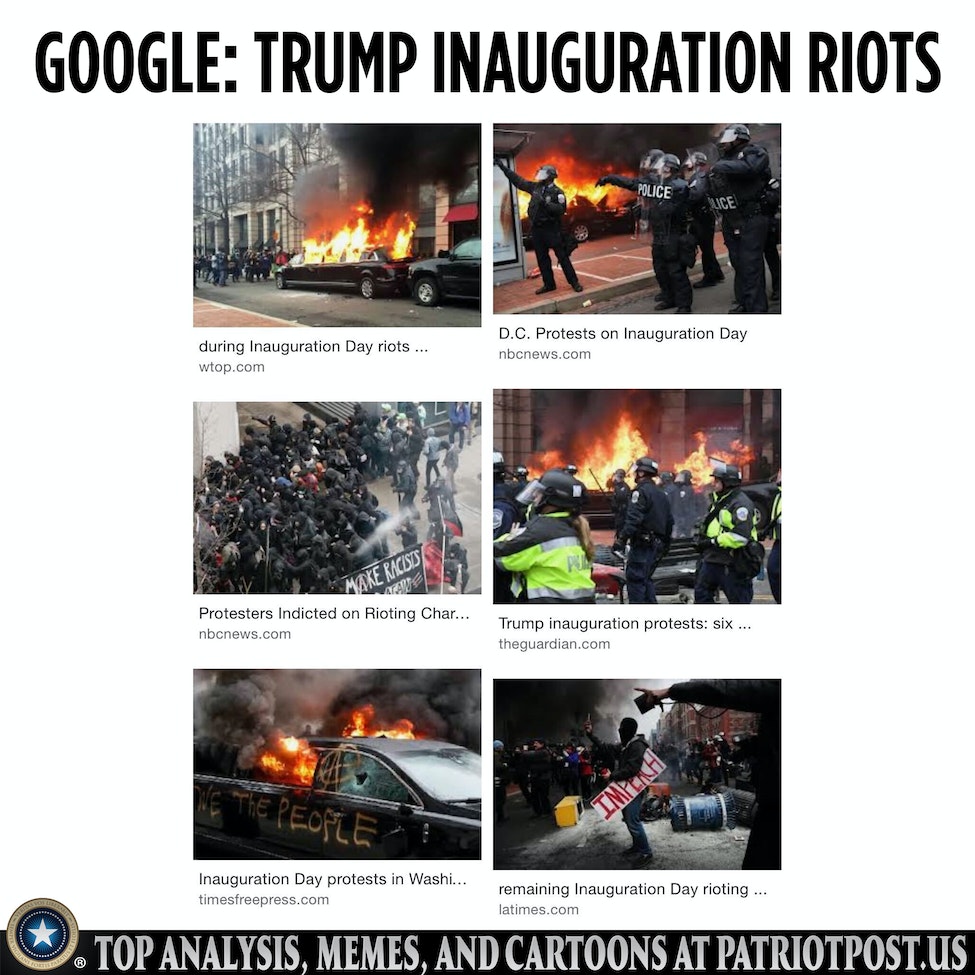