“I have a dream that one day … the glory of the Lord shall be revealed, and all flesh shall see it together. … This will be the day when all of God’s children will be able to sing with new meaning, ‘My country 'tis of thee, Sweet land of liberty, Of thee I sing. Land where my fathers died, Land of the Pilgrims’ pride, From every mountainside, Let freedom ring.‘ When we let freedom ring … we will be able to speed up that day when all of God’s children — black men and white men, Jews and Gentiles, Protestants and Catholics — will be able to join hands and sing in the words of the old Negro spiritual, 'Free at last! Free at last! Thank God Almighty, We are free at last!’” —"I Have a Dream,“ Martin Luther King Jr., August 28, 1963, Washington, DC

In 1983, Republican President Ronald Reagan signed into law a bill designating the third Monday in January a national holiday honoring the Reverend Martin Luther King Jr., who was born on January 15, 1929.

King, like his father and grandfather before him, was a Baptist minister. He was pastor of Dexter Avenue Baptist Church in Montgomery, Alabama, and Ebenezer Baptist Church in Atlanta, Georgia, and founded the Southern Christian Leadership Conference.

Despite the fact that the Democratic Party claims King’s legacy, and Democrats argue they are the sole protectors of his ”dream,“ they have turned this iconic sovereign’s message upside down, as if King had said, "I have a dream that my children will one day be judged by the color of their skin, not the content of their character.” They’ve converted it from a dream into a nightmare, and their failed statist “Great Society” programs have enslaved generations of poor, mostly black Americans on urban poverty plantations.

But poor blacks have been a staple Democrat Party constituency, having been inculcated with the belief that they are perpetual “victims of injustice” who must depend on their Democrat masters to take care of them.

Of course, racial injustice is real, though just a shadow of what it was 50 years ago. In King’s 1966 assessment of racial violence in Barack Obama’s hometown of Chicago, he declared, “This is the most tragic picture of man’s inhumanity to man. I’ve been to Mississippi and Alabama and I can tell you that the hatred and hostility in Chicago are really deeper than in Alabama and Mississippi.” King added, “Those who are associated with ‘Black Power’ and black supremacy are wrong.”

Racism was not and is not just a “Deep South” problem.

In 2009, Obama was heralded as the savior of black America, promising to take them from suppression to black supremacy, precisely what was drilled into Obama’s psyche by his Marxist mentor Frank Marshall Davis and his religious mentor Jeremiah Wright.

As was the case with the four decades of Democrats before Obama, at the end of his long eight years in office in 2017, he proved to be nothing more than a race-bait political hustler, who delivered only more statist institutionalized suppression and dependence. These charlatans have proven time and again that black lives don’t matter — other than their votes. 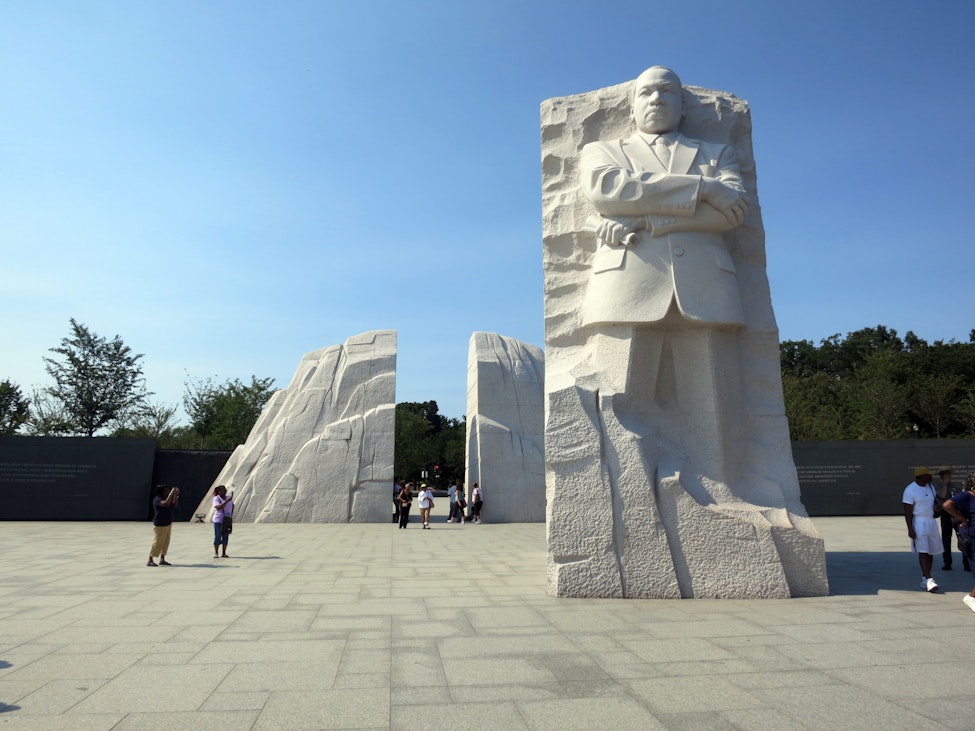 There is nothing new about race-hustlers.

In 1901, King’s most notable predecessor in the fight for civil rights, Booker T. Washington, founder of the Tuskegee Institute, wrote in his seminal work, Up From Slavery: “[I] resolved that I would permit no man, no matter what his color might be, to narrow and degrade my soul by making me hate him. … I pity from the bottom of my heart any individual who is so unfortunate as to get into the habit of holding race prejudice. … In the sight of God there is no color line, and we want to cultivate a spirit that will make us forget that there is such a line anyway.”

Washington was a critic of those who made a practice of fomenting racial division. In his 1911 book, My Larger Education, Washington wrote racial agitators words that are even more applicable to their present-day brethren: “There is a class of colored people who make a business of keeping the troubles, the wrongs, and the hardships of the Negro race before the public. … Having learned that they are able to make a living out of their troubles, they have grown into the settled habit of advertising their wrongs — partly because they want sympathy and partly because it pays.”

Washington continued: “Some of these people do not want the Negro to lose his grievances, because they do not want to lose their jobs. … There is a certain class of race-problem solvers who do not want the patient to get well, because as long as the disease holds out they have not only an easy means of making a living, but also an easy medium through which to make themselves prominent before the public.”

And that sums up today’s Democrat Party haters, who want the patient to remain ill in perpetuity, and thus have killed King’s dream.

In 1957, King wrote of loving your enemies, “Time is cluttered with wreckage of communities which surrendered to hatred and violence. For the salvation of our nation or mankind, we must follow another way.”

In his instructive 1963 Letter from a Birmingham Jail to his fellow clergy, King warned, “I stand in the middle of two opposing forces in the Negro community. One is a force of complacency. … The other force is one of bitterness and hatred…expressed in the various black nationalist groups that are springing up across the nation…who have absolutely repudiated Christianity… This movement is made up of people who have lost faith in America … who have concluded that the white man is an incorrigible ‘devil.’ I have tried to stand between these two forces, saying that we need emulate neither the ‘do-nothingism’ of the complacent nor the hatred and despair of the black nationalist. For there is the more excellent way of love and nonviolent protest. I am grateful to God that … the way of nonviolence became an integral part of our struggle.”

In proper historical context, King’s message was one based on eternal Christian principles of love.

In 1964, King was awarded the Nobel Prize for Peace. In his acceptance remarks, King acknowledged “the profound recognition that nonviolence is the answer to the crucial political and moral question of our time — the need for man to overcome oppression and violence WITHOUT resorting to violence and oppression.”

One of the most outspoken detractors of the Left’s orthodoxy is King’s niece, Alveda. She was 17 at the time of her uncle’s assassination, and she recently recalled a conversation with her father, King’s younger brother Alfred, on the day MLK died.

Such forgiveness is anathema to most of today’s Democrat leaders — and the black community leaders in their stable.

Alveda added, “Acts 17:26 says, ‘Of one blood God made all people, to live together on the face of the earth.’ So we can be brothers and sisters because we are one blood; we are the human race. And I believe if my uncle were here today, he’d like for us to consider ourselves as human beings, not different races. One race, colorblind.”

We should all remember that Liberty is colorblind.

Despite questions about King’s personal character and his proper place in history, I encourage you to read his letter from a Birmingham jail, which provides a window into the soul of King’s vision for all Americans.

For four years after the Obama regime, there was greater hope for the poor black Americans MLK wanted to lift up. It came from somebody who Democrat Party leaders, their Leftmedia propagandists and their supporting cast of race-bait profiteers derided daily: Donald Trump. Black Americans were among the major beneficiaries of the Trump/GOP economic policies. Before the coronavirus pandemic, household income among blacks increased, while unemployment hit a record low. The Trump administration’s economic policies proved to be the rising tide that, in the words of John F. Kennedy, “lifted all boats.”

We believe that MLK would have recognized and acknowledged this good — but today’s Democrat Party is all-consumed with its message of fear, division and hate.

In 2021, the ascension of Obama’s former VP, Joe Biden, heralded the return if the Democrat Party’s race-baiting, economic-stifling policies.

The Democrat Party was, is, and will continue to be the agents of Black oppression. Demonstrably, the socialist Democrats are now, simultaneously, the historical author and political beneficiary of the systemic racism which they have institutionalized over the last century. It is Democrats who have kept generations of poor non-White Americans ensnared and enslaved on urban poverty plantations — which they both seeded and institutionalized over the last century. The Democrat Party platform has, by design, kept poor people in bondage to the welfare state and consequently, is the blueprint for the most enduring racial exploitation architecture in America.

“During the course of administration, and in order to disturb it, the artillery of the press has been levelled against us, charged with whatsoever its licentiousness could devise or dare.” —Thomas Jefferson (1805)